We hear a lot about the digital skills gap and the need to get more kids interested in STEM  – Science, Technology, Engineering and Mathematics but there’s a missing element in that line of thought, which more people are starting to notice.

We should be encouraging STEAM – in other words adding “Art’ (in its broadest sense) to that list because creativity is an essential ingredient of technological innovation. And like any other skill, it needs to be taught, developed and encouraged from an early age and throughout our lives.

In this Huffington Post article I talk to Creative Director Chris Waind from Canadian start-up Finger Food Studios (the company behind Sphero’s app and collaborative platform) about how designers and other professionals in the technology industry need to develop diverse skil-sets and embrace divergent thinking, and what he looks for when recruiting his own creative tech talent.

There’s a general perception, often perpetuated by the structure of our education system, that science and the arts are somehow separate – even irreconcilable – entities. Far from being incompatible, however, there’s a growing recognition that creativity and logic actually work to augment one another. Humanity’s greatest achievements have, in fact, resulted from cross-disciplinary thinking and collaboration.

Nowhere is this more evident than in the technology sector, where successful start-ups such Airbnb, Uber and Deliveroo have disrupted entire industries, not through R&D breakthroughs, but by leveraging tech creatively and providing new solutions to existing problems. And the cornerstone of this type of product development is the integration of “Art” – meaning imaginative and intuitive thinking – into the logical, analytical and technical processes that form the core of the Science, Technology, Engineering and Mathematics curriculum. Hence the fact that we’re seeing a shift from STEM into STEAM both in education and in the workplace.

We’re seeing a shift from STEM into STEAM both in education and in the workplace. Click To Tweet
There’s a general perception, often perpetuated by the structure of our education system, that science and the arts are somehow separate Click To Tweet

That culture of creative learning and curiosity is something that robotics company Sphero has been extremely successful in fostering. Since starting out as Techstars graduates in 2010 the Colorado-based start-up has sold over a million of its programmable robots in over 80 countries and built a global community around its product.

Sphero owes its popularity not only to the endearing nature of its round robots, but to the amazing flexibility of the platform developed by their Canadian partners, Finger Food Studios. Their SPRK Lightning Lab app is platform agnostic and works with pretty much any device including Android, iOS, ChromeBooks, Amazon Fire, and Nook. It not only offers hundreds of ready-made hands-on activities, but caters for every level of ability simultaneously, without creating artificial or limiting silos. Complete beginners can start out by commanding their robots to perform simple tasks by using their mobile device (something as simple as drawing a path for the Sphero to follow, for example) and gradually engage in more complex activities as they gain confidence, using a block-based drag and drop interface, or eventually transitioning into writing text programming sequences in different coding languages.

Sphero owes its popularity not only to the endearing nature of its round robots, but to the amazing flexibility of the platform Click To Tweet

In spite of Sphero’s relatively high price point, they worked hard to avoid it becoming a “whitebread” product, explains Finger Food’s Creative Director Chris Waind. “We wanted it to work on legacy phones, not only because children were likely to be using hand-me-down models but because we wanted to get into inner city schools, so you could access it with a donated phone, for example.” That presented huge design challenges, not only with coping with smaller screens, but different specs and coding which required a dedicated QA team specifically testing and troubleshooting for those types of devices.

Waind says that building that platform was an incredibly ambitious and progressive project, and one that required his team to exercise their own creative skills through every stage of development. It began – like most projects at the company tend to – with one massive whiteboard session and a whole lot of “blue sky thinking,” setting out all the things they would ideally like to achieve.

“That board looked absolutely insane,” Waind recalls. We would have been happy to achieve a fraction of that, but the amazing thing is that we’ve since done most of what we envisaged on that day.”

Visualization is key to a lot of Finger Food’s projects (the company is currently developing cutting-edge Mixed Reality work for Fortune 500 clients) “Our designers and developers are often working to create things that are helping to visualize the data of the world,” says Waind, whose own fascination with the visual side of things was born from the challenges he faced growing up with dyslexia. At a time when most teachers still expected children to learn everything by rote, reading and writing was such a challenge he resorted to drawing everything, and this turned out to be a gift. “It meant I had a pretty good idea of what I wanted to do by the time I was eight. I failed in everything at school except Arts, Physics and English, and I firmly believe that this was due to having great teachers in those subjects.”

His story illustrates how important it is for both teachers and parents to support children’s learning in a flexible way in order to enable the development of their creative skillset. “My dad is an engineer, so from a very early age we were instilled with this curiosity about the way that things work, and were encouraged – much to my mum’s dismay – to look at any object and pull it to bits, see how it works, and try and put it together again.” He then goes on to say how his son inherited that same curiosity: “last night for our bedtime story we were basically reading manuals on compression cylinders and combustion engines, to make improvements to this technical LEGO set he was building” he tells me with a distinct note of pride in his voice.

But quite apart from all the fun, this “maker gene” is becoming an increasingly marketable skill in the digital economy, and is something that Waind looks for in recruiting for the fast-growing team at Finger Food: “Do you like to make things? That’s what usually determines whether someone will fit in here or not. We have this amazingly diverse team, but what unites us all is that every designer here is absolutely fascinated by how things work.” 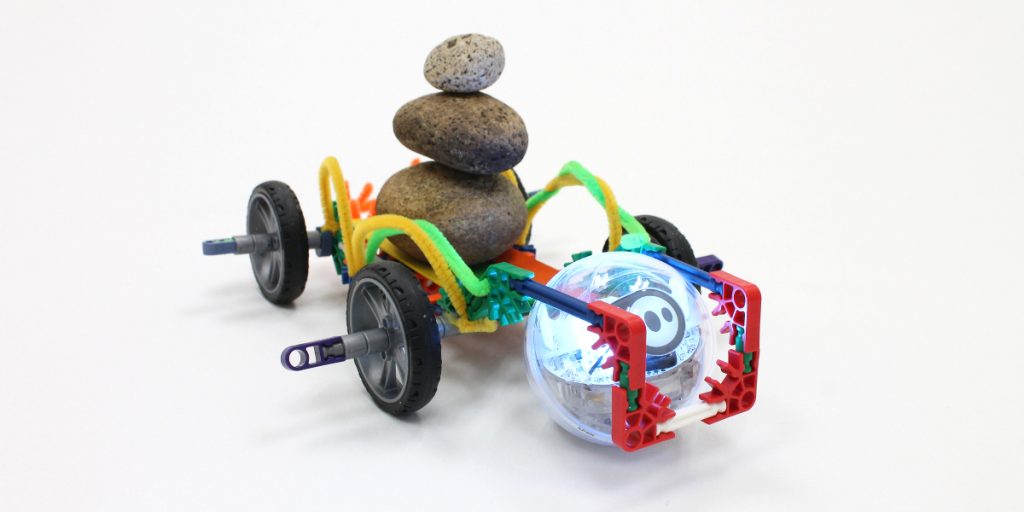 Yet those skills are far from universally nourished and encouraged, even in current educational practices. Tests such as the Torrance Test of Creative Thinking (TTCT) which weigh factors such as fluency, originality and elaboration to measure children’s creative capacity have shown a worrying declining trend, prompting some commentators warn of a looming creativity crisis that could have serious impact on entrepreneurship.

CEOs acknowledge that creativity is a crucial success factor for their companies, yet to address the digital and creativity skills gap and equip children for the workplace of the future, we must do away with this artificial separation between “right brain and left brain.” The digital economy will demand that we integrate creativity in every aspect of learning and problem-solving throughout our lives.

From STEM to STEAM: How Science Needs Creativity to Flourish https://t.co/R4FV42C3SQ via @HuffPostBlog @Sphero… https://t.co/MhlbWBdYoW