The technology industry moves so quickly these days, that computer science degrees simply can’t keep up with the pace of change.

That’s where “bootcamp-style” courses come in.

Makers academy is tackling the coding skills gap by offering both onsite and remote coding courses that claim to make complete beginners job-ready in just 12 weeks. Since starting the company with his Co-founder Rob Johnson in 2013, Shadchnev’s company has attracted £470K in seed funding and graduated over 500 students to jobs as developers. The market demand for those skills is unprecedented; an estimated 1 million people worldwide learn to code every year, but it’s not nearly enough to plug that ever-widening skills gap that worries governments everywhere.

“We’re disrupting traditional education both offline and online, by producing junior developers through our onsite and remote courses,” says Evgeny Shadchnev, CEO of Makers Academy. “We make changes to the curriculum every 6 weeks to keep up to date with the industry.” 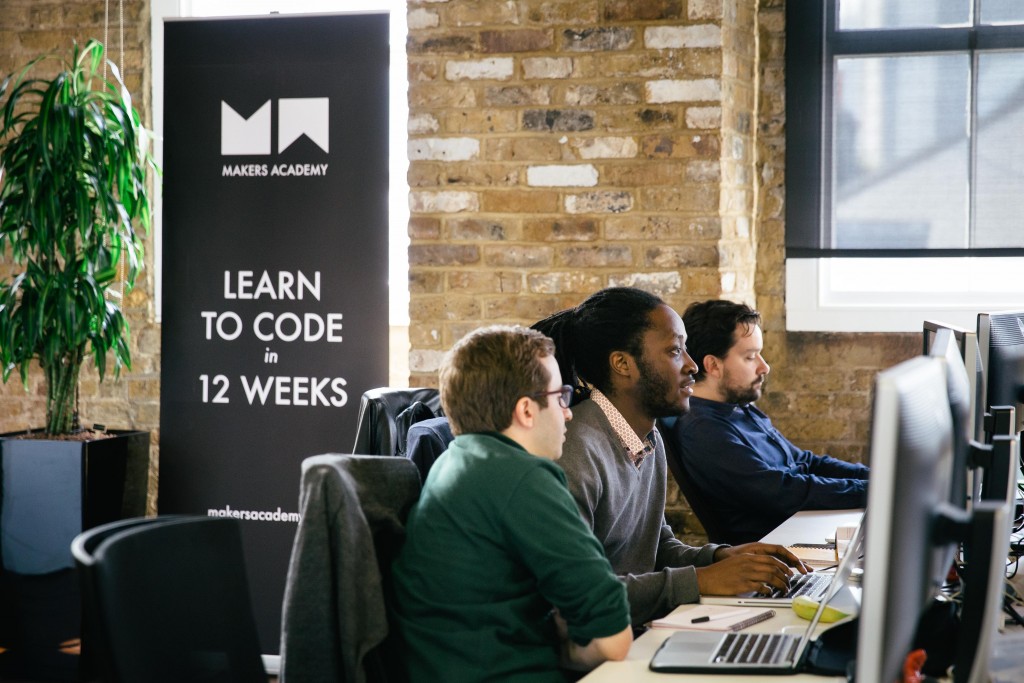 “The UK government has just introduced coding in the school curriculum but it’s going to be years before the kids of today are ready for jobs. We’re solving the problem right now by taking people from completely different backgrounds, putting them through a rigorous bootcamp programme and then placing them in jobs as Junior Developers. Makers Academy focuses not just on the coding skills, but on teaching best software practices like test-driven development and pair programming.”

Education in future will need to be designed much more flexibly, with an emphasis on fitting in around people’s existing lives and careers Click To Tweet

Their business model is two-sided, charging course fees of £8,000 and taking a hiring fee from partners who hire their students as they finish the bootcamp.

“This means that as a business we got to make sure we are producing employable job-ready graduates, and we achieved 100% placement rate on our first remote course.”

They are certainly not alone in that market, with players such as General Assembly, Iron Yard and FreeCodeCamp also vying to train the workforce powering the digital economy. But at the moment, it seems, there’s plenty of room for everyone.

It’s all very far from Shadchnev’s own ‘computer class’ in school, which introduced him to the very basics, and (perhaps more importantly) revealed an entire world of computer gaming possibilities.

“I remember I was banned from coming anywhere near it for quite a while after I wrote a worm that brought it down for a couple of days,” he laughs.

He believes that education in future will need to be designed much more flexibly, with an emphasis on fitting in around people’s existing lives and careers as opposed to expecting them to commit to multi-year full-time degrees.

Students will also expect to see a clear case for return on investment, specially with rising costs of tuition fees and debt. Perhaps that’s something that traditional universities might struggle with, but that results-focused courses like the ones at Makers Academy are proving so successful at delivering.

Students will expect to see a clear case for return on investment, specially with rising costs of tuition fees and debt Click To Tweet 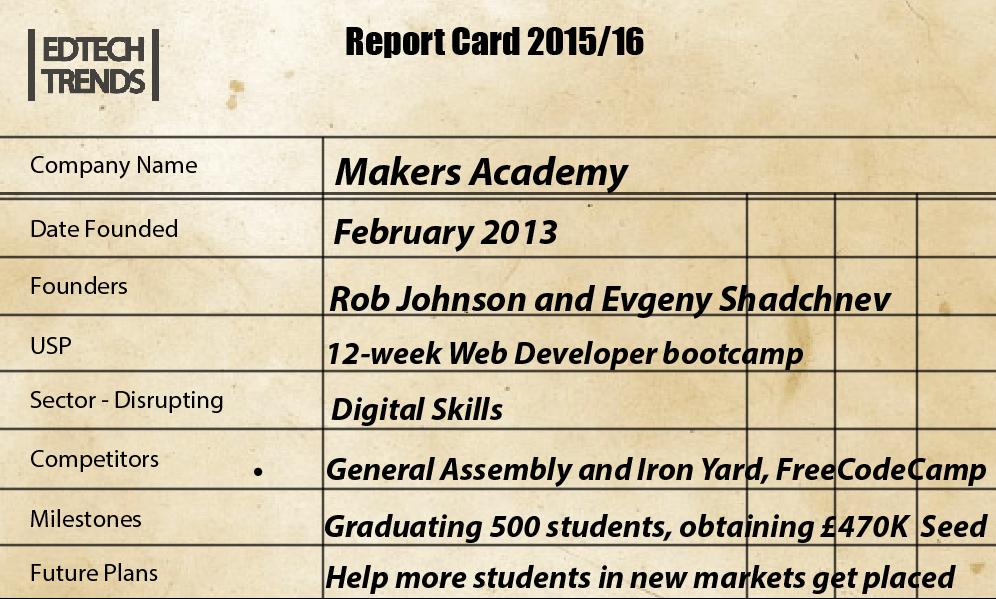