Live from Seattle, Tech Trends scoops up all the tastiest bites from the #MSBuild2018 developer’s conference.

“We need to ask ourselves not only what computers can do, but what they should do,” said Microsoft CEO Satya Nadella in his opening keynote at Build. 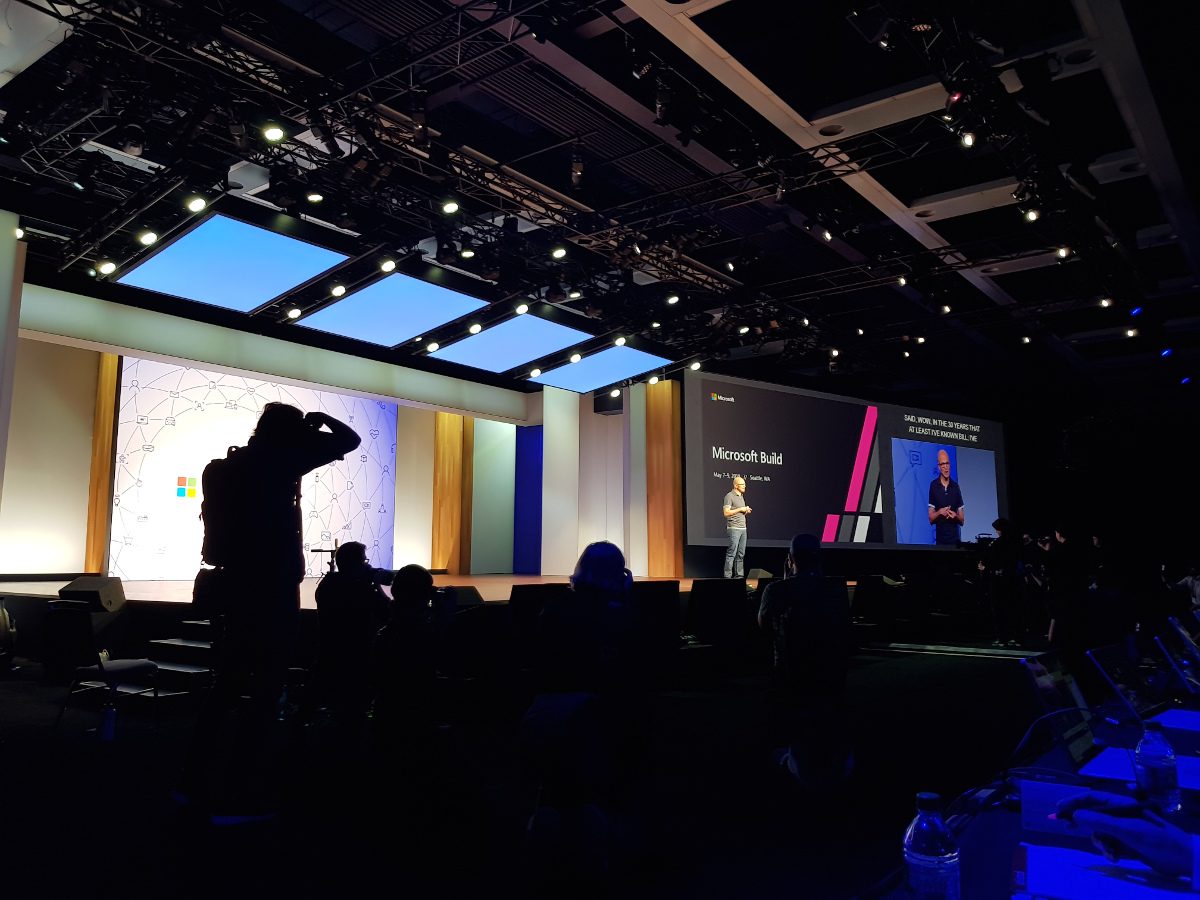 Addressing an audience of over five thousand developers in Seattle’s Washington Convention Center, Nadella struck a soberly optimistic note; on the one hand insisting on the message he delivered last year about the great transformative power of technology, but also highlighting the monumental challenges that come with its rapid development.

“These advancements create incredible developer opportunity and also come with a responsibility to ensure the technology we build is trusted and benefits all.”

It was clear that the Facebook scandal was top of mind here, even if (unsurprisingly) it wasn’t directly referenced as Nadella advocated for the need to put customers in control and safeguard privacy, or said that “GDPR is good, solid regulation and we’re working hard to build the compliance infrastructure.” He stressed, however, that it was just the beginning, as the work was never going to be done: “we’re going to continuously work to preserve privacy, this is just the starting point.”

As cloud based applications scale and power AI experiences, we have come to a place where you need data at planet scale and performance Click To Tweet

By 2020, the average person will generate 1.5GB of data a day, a smart home 50GB and a smart city, a whopping 250 petabytes of data per day. This data – as the Cambridge Analytica debacle proved all too painfully – gives developers a tremendous amount of power, and responsibility.

The most profound technologies are those that disappear. They weave themselves into the fabric of our daily lives Click To Tweet

Microsoft sees the “intelligent cloud” as the backbone of this revolution. In the next 10 years, billions of everyday devices will become “smart” – being able to see, listen, reason, predict and more, without a 24/7 dependence on the cloud. This is what they call the “intelligent edge” – the interface between computers and the real world. Within that vision, Azure is being built as “the world’s computer,” a ubiquitous computing fabric that would allow Microsoft to meet the digital sovereignty and regulatory needs of their customers while delivering the benefits of innovation. 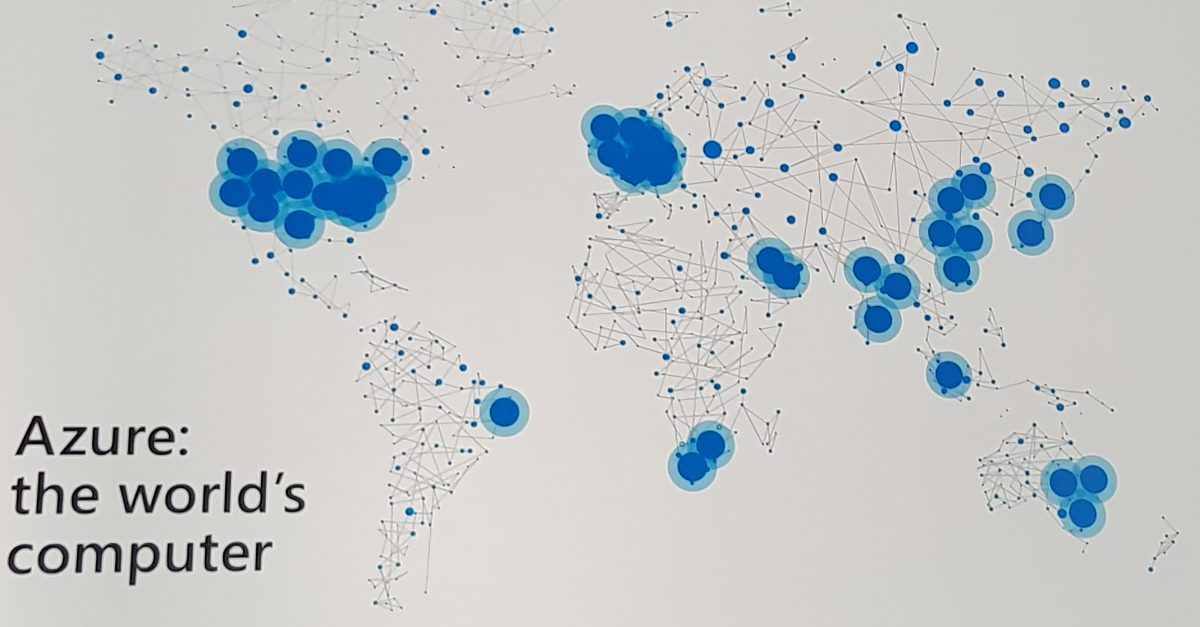 “Artificial intelligence has truly replaced Windows as Microsoft’s key platform for developers,” says Nick McQuire, VP of Enterprise Research at CCS Insight. “The majority of developer focus will shift from operating systems to artificial intelligence platforms as they increasingly look to intelligence services that span all devices including Internet of things. Its intelligent cloud and intelligent edge strategy is a much more compelling proposition for developers which will continue to define its corporate strategy for the next several years.”

McQuire points to the fact that this follows similar moves made by Amazon Web Services over the past 12 months, and sees it as a clear statement of intent at gaining developer mindshare against Google ahead of its own developer event, Google I/O which also happens this week.

Kinect gets a Second Life

The Kinect was the first commercial device to integrated speech, gaze and vision, and since its launch a broad range of industrial applications – from security to manufacturing and healthcare – have been developed for it, and the technology has also been incorporated in devices such as the HoloLens.

Sensor technology has come a long way since then, however, and Microsoft now wants to combine those capabilities with Azure AI services such as Machine Learning, Cognitive Services, and IoT Edge. Project Kinect for Azure will be a package of sensors – with extra wide field of view – capable of inputting fully articulated hand tracking and high-fidelity special mapping. It will include a next-generation depth camera, with onboard compute designed for AI on the Edge, what Microsoft calls “ambient intelligence,” meaning the device’s ability to scan and make sense of its surroundings by contextualizing cloud and spatially scanned datain real-time. Which is all incredibly exciting, but as a Mixed Reality fan, they frankly had me at “Extra wide Field of View”. 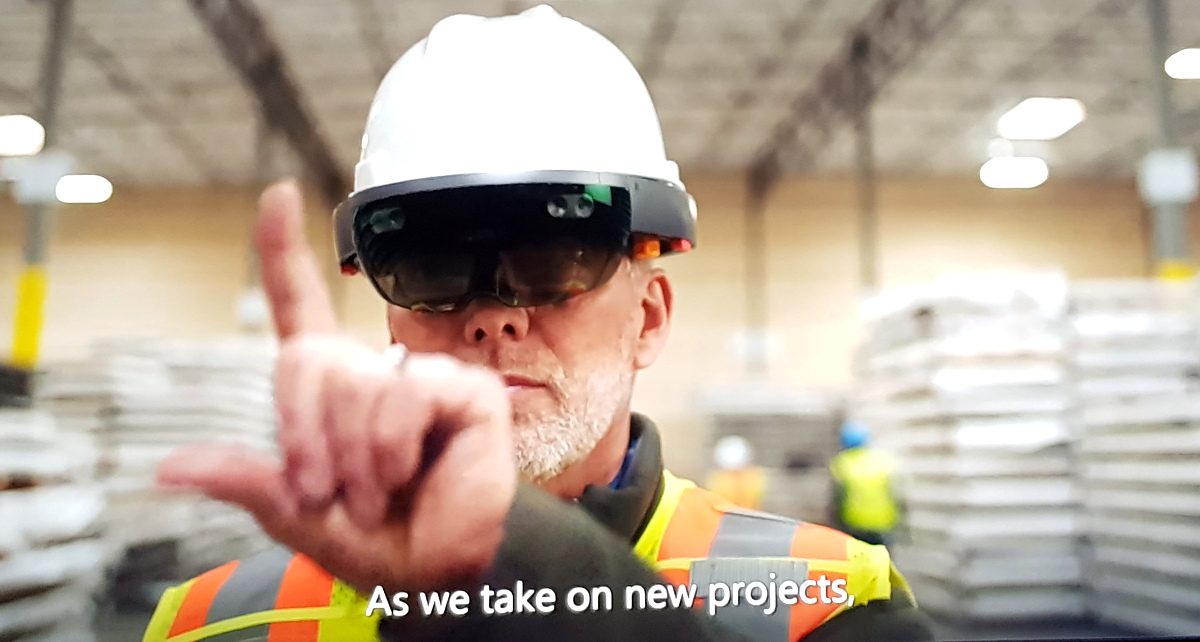 Microsoft was keen to show how it’s been fostering collaborations across the board in an effort to make its platform play nicely with pretty much anyone. It announced that the open-sourcing the Azure IoT Edge to allow developers to develop more easily for it, and then went on to treat us to a very well-choreographed demo introduced by Nadella, who said they’d been working with “their friends across the lake” to bring Alexa and Cortana together.

Tom Taylor – SVP of Amazon Alexa, then came on stage together with his Microsoft counterpart to show how Cortana and Alexa could be “intelligent friends,” helping their users with different sorts of tasks and collaborating seamlessly with each other as well as their humans. As always you have to wonder how consistently and smoothly these things would work day-to-day, but it did make the audience giggle and in a divided world, all this talk of friendship and collaboration gives you a warm fuzzy feeling…

We’re ready and comfortable for the #msbuild2018 keynote from @satyanadella pic.twitter.com/x7fVQi2Hoo

Remember you can find out more about Build and watch the live keynotes here and play the Microsoft Build announcements bingo with the card below! 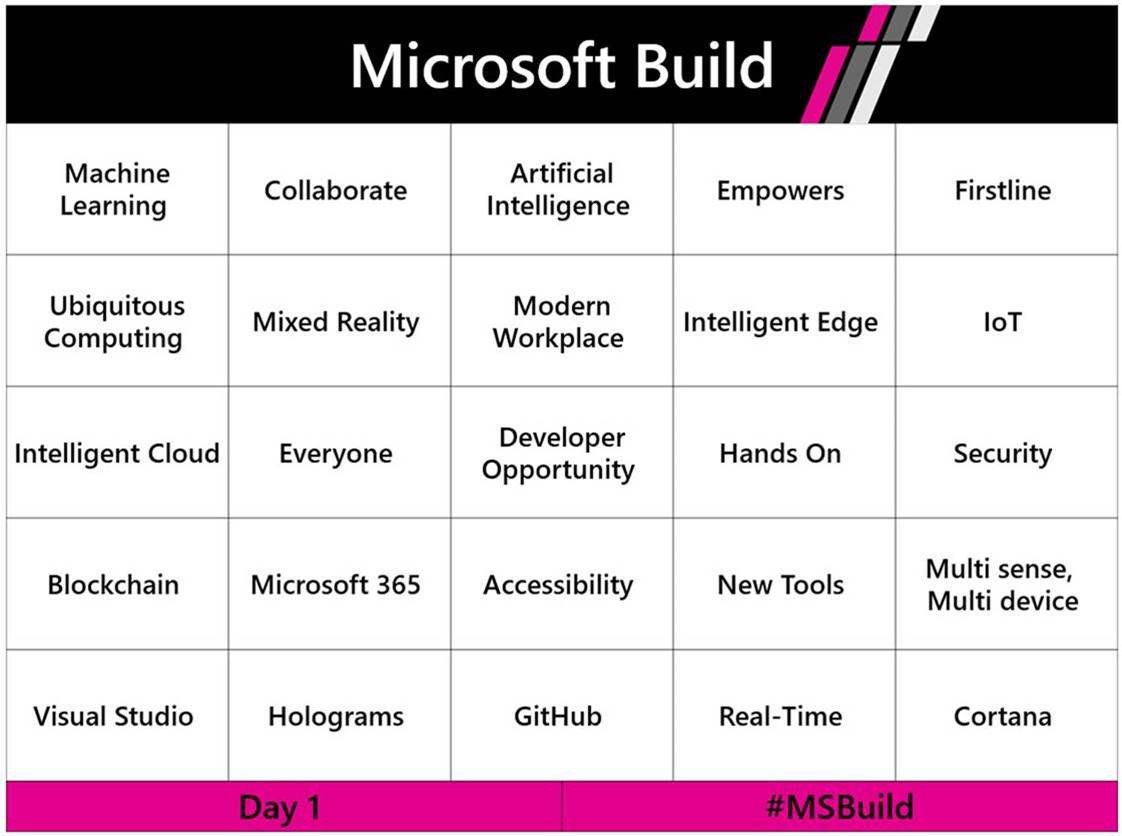