The promise of emerging technologies such as VR, AR, Robotics and AI can only be realized by next-generation end device connectivity. At #MWC19 Inseego gave Tech Trends a glimpse of what this future could look like.

Big data is getting even bigger. The average consumer will access and generate vast amounts of information over the course of any normal day. Yet power users, or “prosumers” like myself who also rely on data for all their work, need (or at least want) even more connectivity than your regular 4G devices are able to offer.

At the same time, emerging technologies such as Artificial Intelligence, robotics, 5G and IoT are all converging to enable use cases that will dramatically impact business and the way we all live. Enterprise and business use cases such as Virtual Reality and telemedicine also require military-grade data security and encryption. 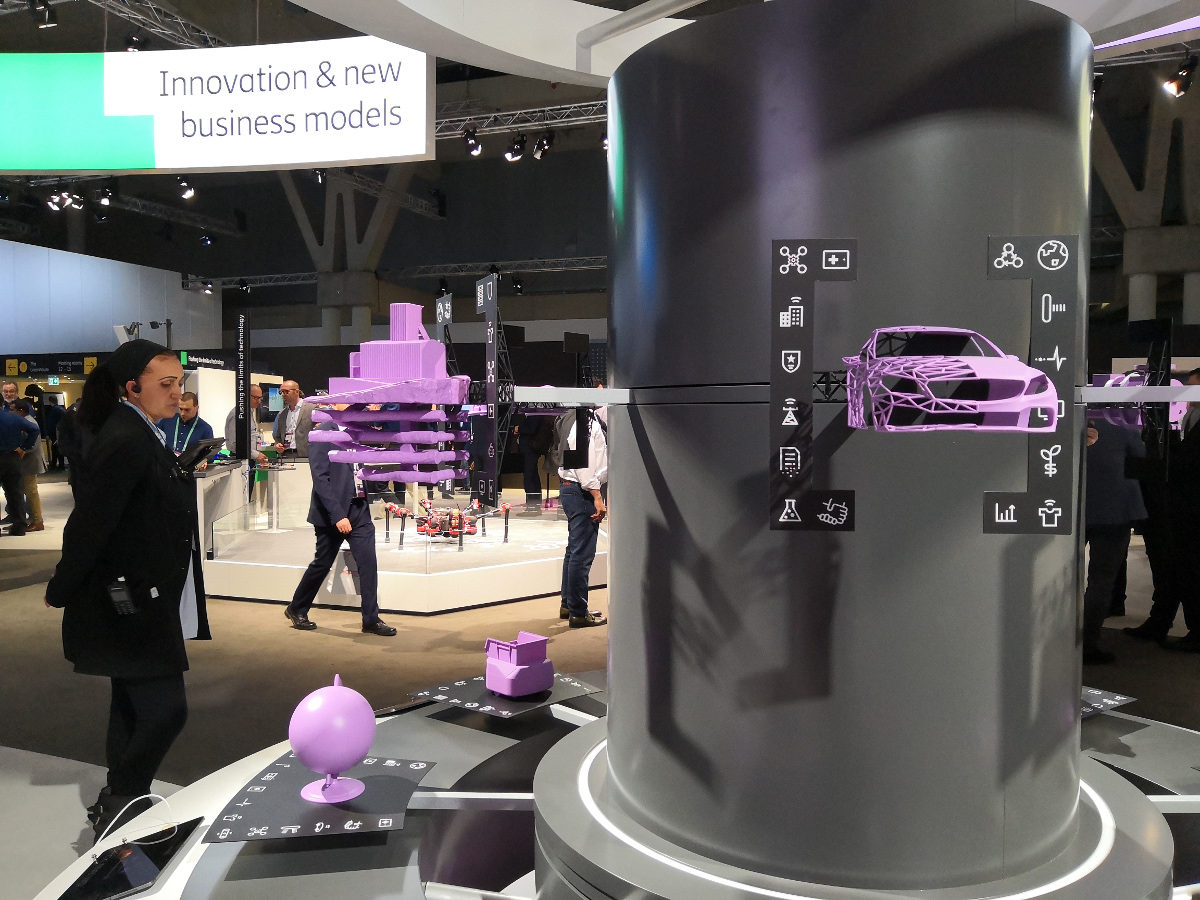 High throughput, speed and bandwidth, combined with low latency have long been the promises of 5G. A lot of folks in the industry have talked about that in theory, but with real-world trials now happening with various operators, what kind of performance can actually be delivered in reality?

Inseego has a rich history in advancing connectivity dating back from the 1990’s, although you might be more familiar with their previous name of Novatel Wireless. Two years ago the company famous for inventing the MiFi® and the mobile hotspot category rebranded as Inseego, but regardless of the name they operate under, this is a company with some serious pedigree where it comes to delivering next-generation end device connectivity. Having quietly powered the 2G, 3G and 4G revolutions, they are now delivering 5G through their MiFi IQ technlology which is set to become the overarching 5G technology device brand for both mobile and fixed (in-home/in-office) wireless – for consumers as well as prosumers. 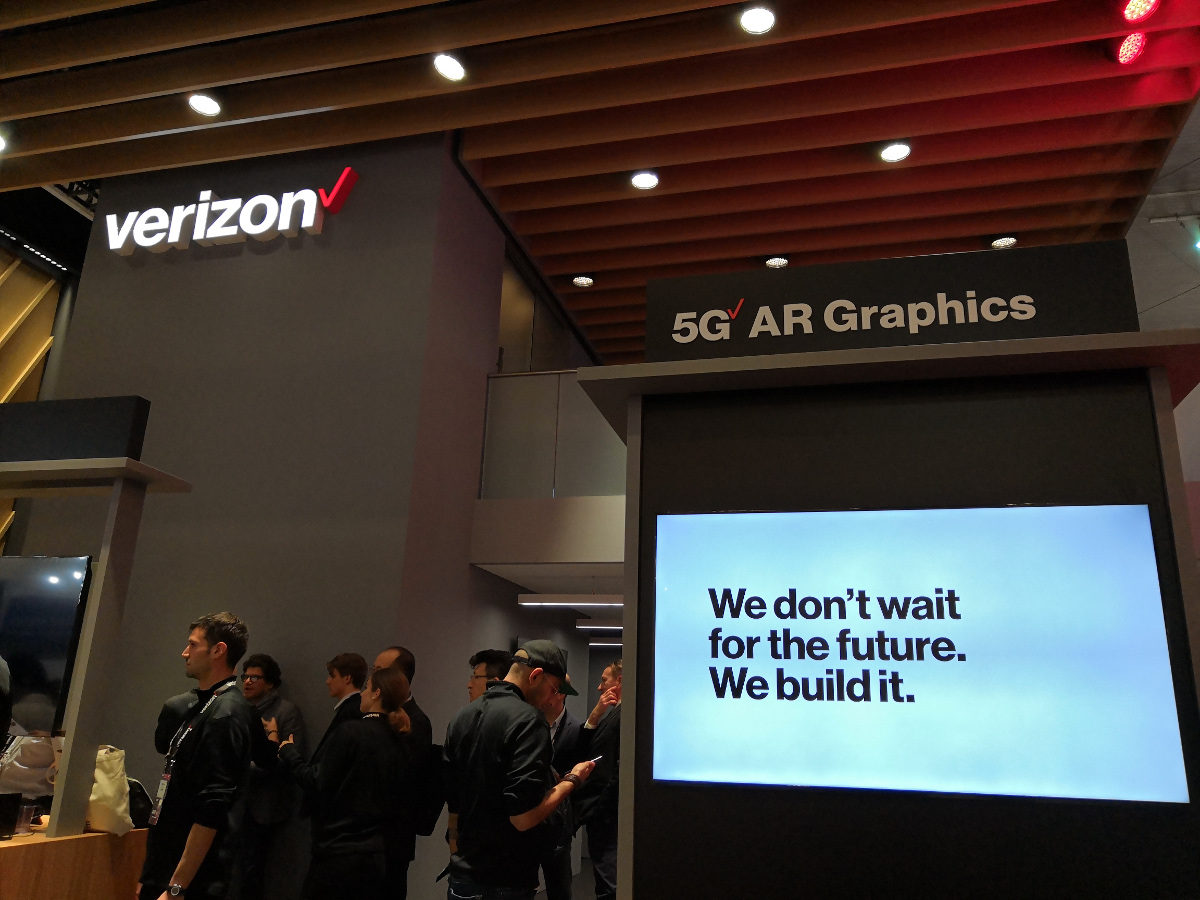 A large number of Tier One telecommunications operators around the world are actively working with the company on bringing their 5G NR services to life – both mobile (hotspots) and fixed/in-home 5G (routers, gateways and more) – through MiFi IQ device technology throughout 2019. Availability with numerous carriers are in the works, although Verizon, Telstra, Optus and several others have already made public announcements.

While mobile 5G (hotspots) will bring next-generation networks to life on-the-go, in-home 5G is already emerging as an alternative to traditional in-home broadband internet from cable providers. In fact, there have been reports in the United States that early customers of Verizon 5G Home, the leading carrier’s recently launched fixed wireless service, are converts who previously purchased their broadband Internet connectivity from traditional cable companies.

Emerging technologies such as Artificial Intelligence, robotics, 5G and IoT are converging to dramatically impact business and the way we live #Making5GReal @MiFi #MiFiIQ Click To Tweet 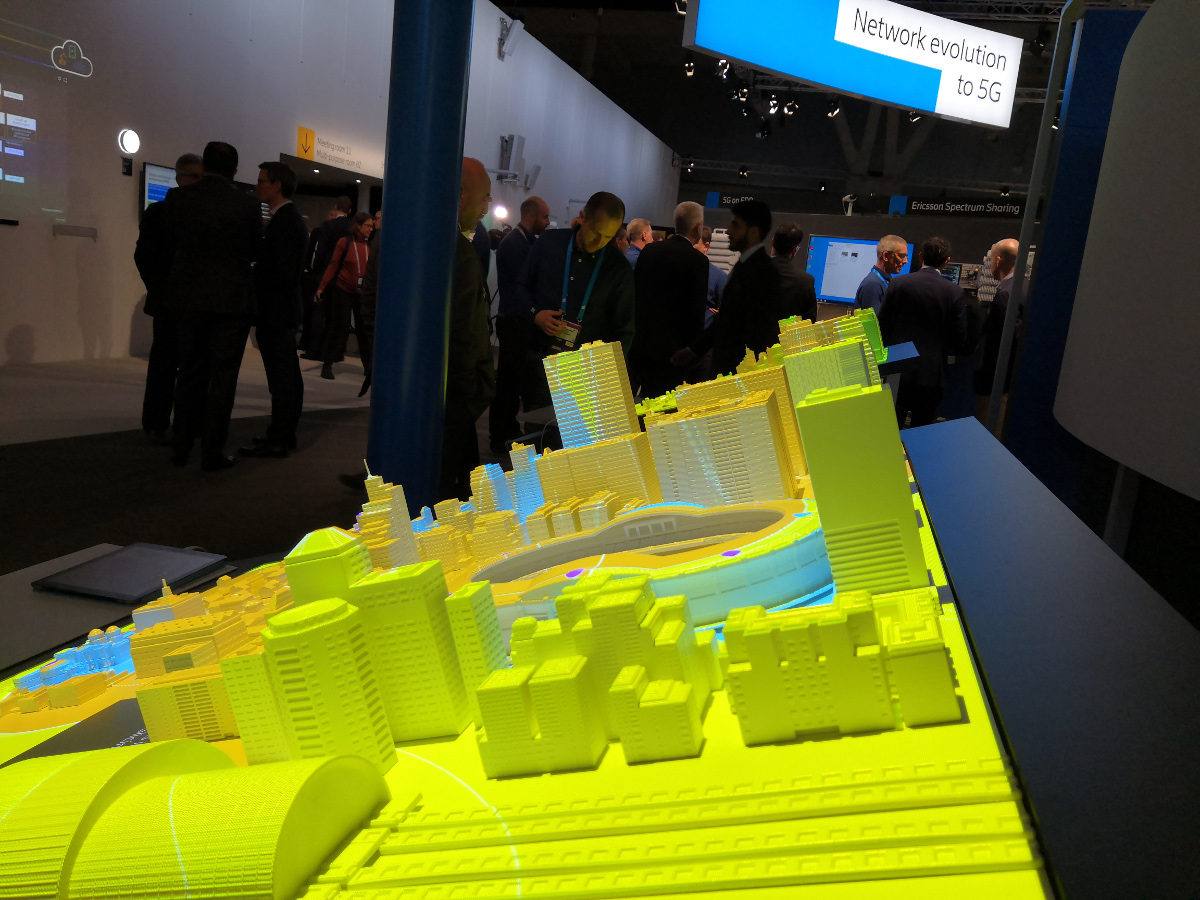 Whether it’s their emerging in-home or mobile devices, MiFi IQ 5G NR technology has been performing in real-world trial scenarios Click To Tweet

Whether it’s their emerging in-home or mobile devices, MiFi IQ 5G NR technology has been performing in real-world trial scenarios. In fact, data points to the devices already having achieved more than 2 Gbps of speed and sub-10 milliseconds of latency in multiple component carrier aggregation (CA) scenarios. This was also showcased in Barcelona, with MiFi IQ 5G hotspots being the only devices of their kind to be running live on 5G NR network infrastructure at the conference.

To showcase the capabilities of the MiFi IQ 5G NR hotspot at MWC, they performed the world’s longest live 5G data call alongside network infrastructure partner Ericsson, streaming video and other data for almost seven hours at the show.

“This is an exciting milestone for 5G NR. And our MiFi IQ 5G NR hotspot is the only hotspot to be running live at Mobile World Congress this week,” said Ashish Sharma Chief Marketing Officer, EVP IoT & Mobile Solutions at Inseego.

While the MiFi IQ lines are focused on consumers and prosumers, Ctrack by Inseego and Skyus by Inseego highlights the convergence of 5G and IoT device-to-cloud solutions. 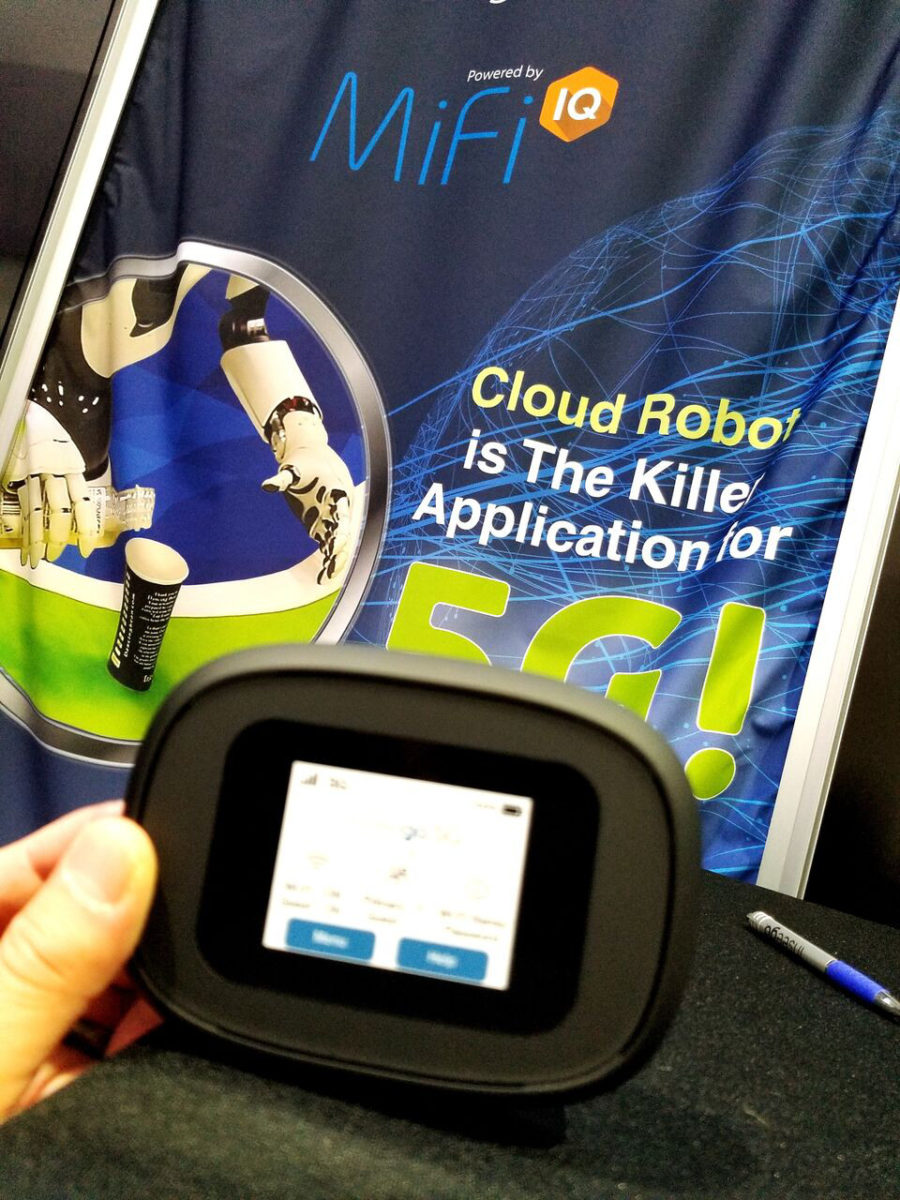 MiFi IQ technology is powering 5G NR in-home/in-office deployment – starting with Verizon 5G Home, Optus in Australia and expanding worldwide. Routers/gateways and other equipment brings 5G “indoors,” giving consumers/prosumers another choice for broadband Internet service. The next generation in home connectivity will be available to areas that aren’t currently served adequately by cable companies, adding extra benefits like superior bandwidth and security. Now, it’s coming from the air instead of cables. 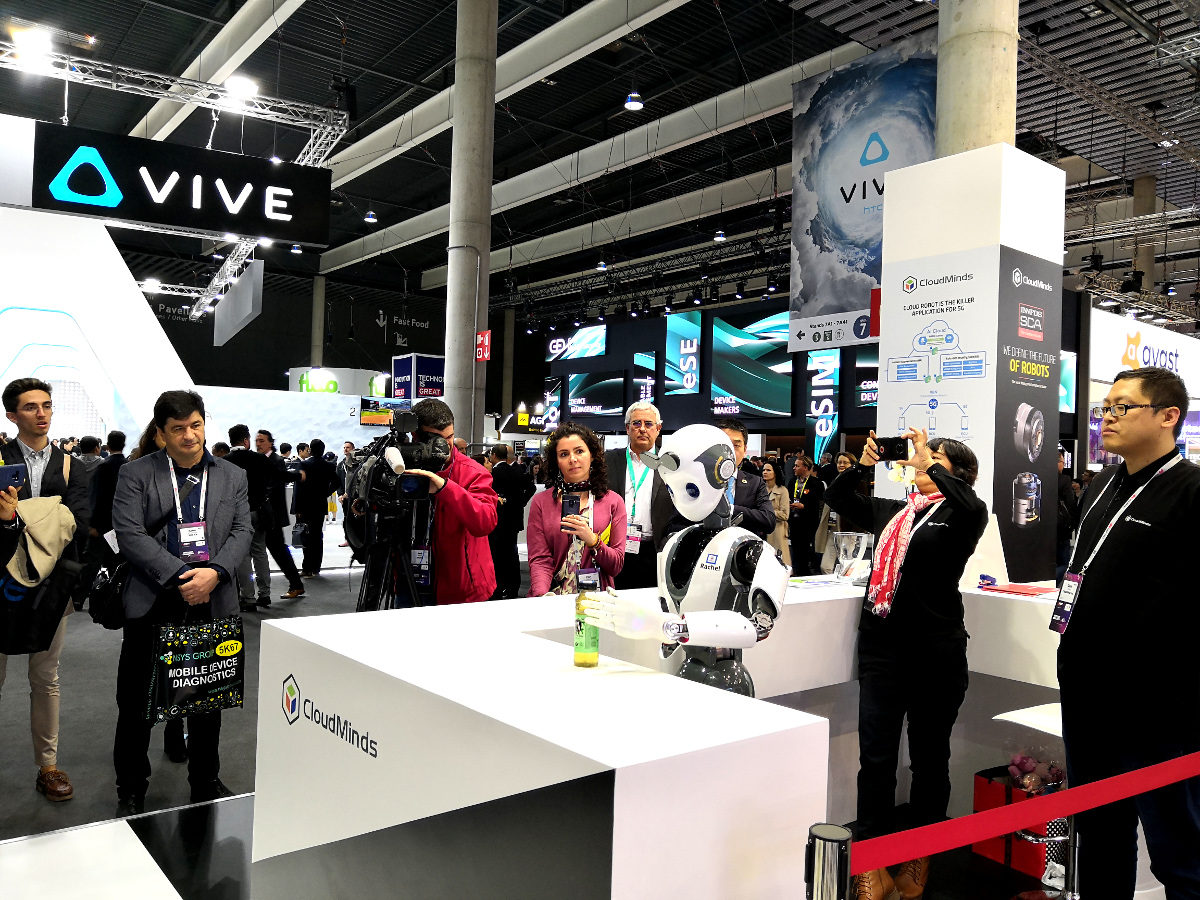 At MWC I checked out their XR-1 robot in action. This is the first humanoid service robot with vision-controlled manipulation capabilities powered by Cloud AI via 5G connectivity. It features Smart Compliant Actuator (SCA) technology for precision grasping, and Human Augmented Robotics Intelligence using the company’s eXtreme Reality (HARIX) platform, the robot can be controlled remotely by a person in a different location wearing VR goggles, but can also perform a range of intricate tasks autonomously. such as threading a needle or shaking hands with someone, applying the right amount of pressure as they do so. These “tactile capability” tasks might seem simple, but are actually incredibly difficult to perform to what would be deemed an acceptable level of competency in an average human.

One of the robots at the show, named Rachel, was able to find and grab a bottle as it was placed around a table, then “serve” it to a guest. Two other robots were performing an intricate dance with, I have to say, considerably more grace and rhythm than I’ve seen on many a wedding dance floor. 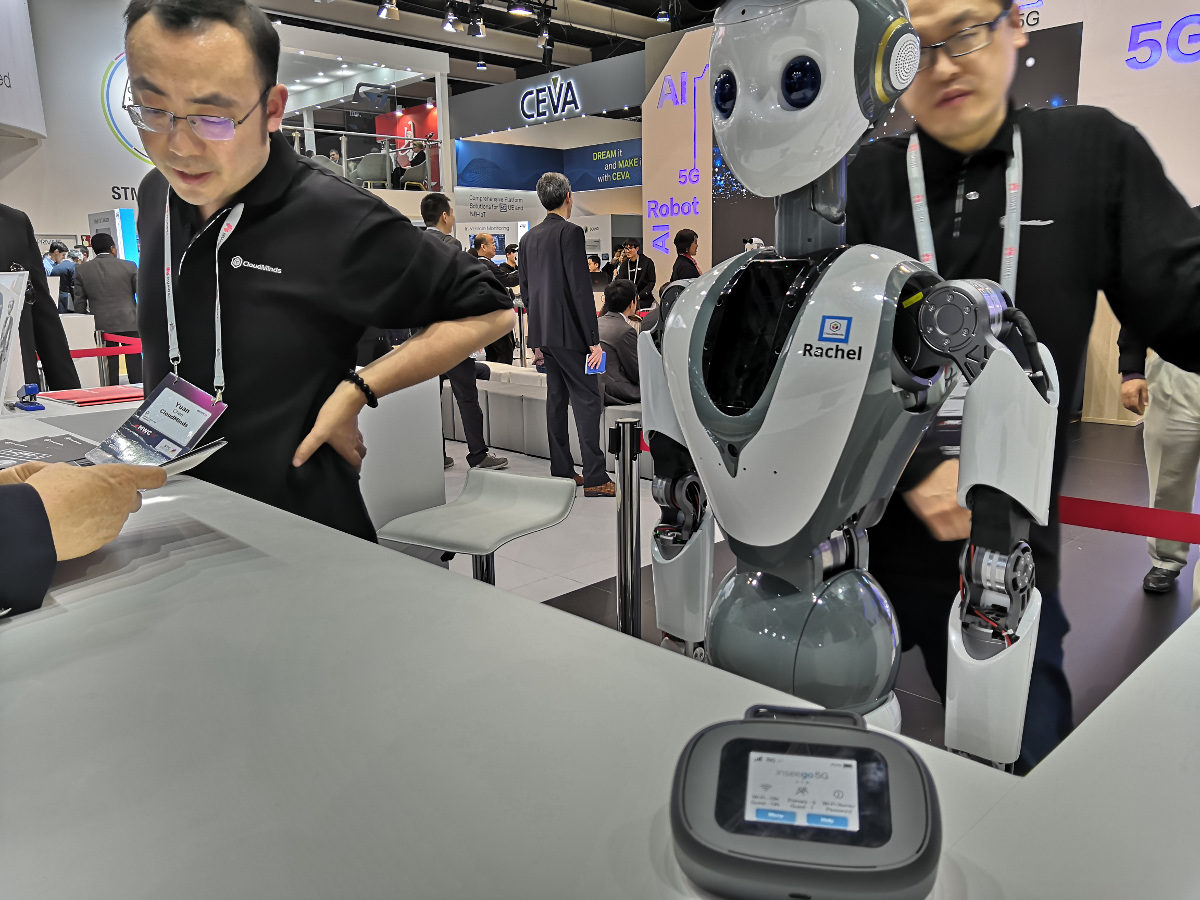 All of these demonstrations were great fun to watch, but the point they were demonstrating is that in order to enable all that to happen, the robots needed to be plugged into a high throughput/speed infrastructure with virtually no delay (latency) all of which were brilliantly delivered by MiFi IQ 5G connectivity. It helps to paints a vibrant picture of how cloud artificial intelligence, robotics and 5G connectivity are coming together to transform various industries and society as a whole.

One of the #CloudMinds robots at MWC, named Rachel, was able to find and grab a bottle as it was placed around a table, then serve it to a guest #Making5GReal @MiFi #MiFiIQ Click To Tweet

Alice Bonasio is an Emerging Technologies Consultant and Tech Trends’ Editor in Chief. She regularly contributes to publications such as Fast Company, Ars Technica, Quartz, Wired and others. Alice also curates the Inside VR & AR Newletter. Connect with her on LinkedIn and follow @alicebonasio on Twitter.