How far are we from realising the vision that Ernie Cline set out in Ready Player One for the Virtual Reality classroom of the future?

Not to sound too creepy here, but… I want to play a game. See if you can spot which of the quotes below refers to a long-standing commercially available product, which talks about a soon-to-be-launched platform, and which is pure Science Fiction:

How far are we from realising the vision that Ernie Cline set out in Ready Player One for the Virtual Reality classroom of the future? Click To Tweet

1 -Somebody will create an education hub where all the schools and classes that you can visit are interconnected, much like a website. There will be this network of cross-linked experiences, and… POOF! I can just teleport from one to the other.

2 — Users could alter the content of the virtual world or create entirely new ones… you could create your own private planet, build a virtual mansion on it, furnish and decorate it however you liked, and invite a few thousand friends over for a party. And those friends could be in a dozen different time zones, spread all over the globe.

3 — Nursing students assessing the virtual patient click on an object and view the patient’s information on a notecard. The students are given choices on how to proceed and communicate with each other within the virtual world to determine how to prioritize care and assign tasks. It allows you to create situations that, over the course of their training they may never see, something wacky like somebody coming in with a ball pen hammer stuck in their forehead.

2= Ernest Cline in his book Ready Player One, a Science Fiction novel currently being adapted to the big screen by Steven Spielberg. 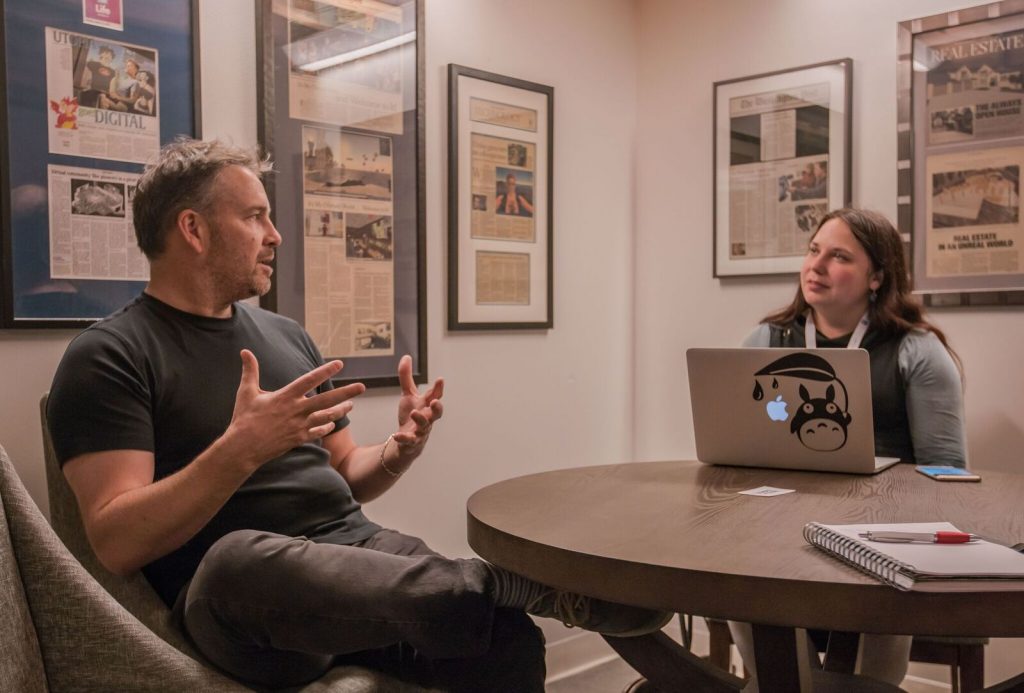 Looking at the quotes above, I’m struck by how much Ebbe Altberg’s vision of a Virtual Reality education hub reflects the malleable online world of the OASIS in Ernest Cline’s hit novel Ready Player One.

In RP1, teenager Wade Watts lives in a dystopia where most people escape their bleak existences by constantly logging into the OASIS, a simulation that has replaced reality to such an extent that even the schooling system has moved online. But that’s no bad thing as far as Wade is concerned:

In the OASIS, no one could tell I was fat, that I had acne, or that I wore the same shabby clothes every week. Bullies couldn’t pelt me with spit balls or pummel me by the bike rack after school. No one could even touch me. In here, I was safe.

There were hundreds of school campuses here on Ludus, spread out evenly across the planet’s surface. The schools were all identical, because the same construction code was copied and pasted into a different location whenever a new school was needed. And since the buildings were just pieces of software, their design wasn’t limited by monetary constraints, or even by the laws of physics. So every school was a grand palace of learning, with polished marble hallways, cathedral-like classrooms, zero-g gymnasiums, and virtual libraries containing every (school board-approved) book ever written.

It's striking how this vision chimes with Ernest Cline’s OASIS, the malleable online world of hit novel RP1 Click To Tweet

In this vision there is still, however, a need for teachers, but the software makes their job much easier too:

Unlike their real-world counterparts, most OASIS public school teachers seemed to genuinely enjoy their job, probably because they didn’t have to spend half their time acting as babysitters and disciplinarians. The OASIS software took care of that, ensuring that students remained quiet and in their seats. All the teachers had to do was teach. It was also a lot easier for online teachers to hold their students’ attention, because here in the OASIS, the classrooms were like holodecks. Teachers could take their students on a virtual field trip every day, without ever leaving the school grounds.

In this vision there is still a need for teachers, but the software makes their job a lot easier Click To Tweet

During the World History lesson that morning, Mr Avenovich loaded up a simulation so that our class could witness the discovery of King Tut’s tomb by archaeologists in Egypt in AD 1922. (The day before, we’d visited the same spot in 1334 BC and had seen Tutankhamen’s empire in all its glory.) In my next class, Biology, we travelled through a human heart and watched it pumping from the inside, just like in that old movie Fantastic Voyage. In Art class we toured the Louvre while all our avatars wore silly berets. In my Astronomy class, we visited each of Jupiter’s moons.

Yet before dismissing such visions as Science Fiction, it’s worth noting that this type of interaction has been happening inside Second Life – the online open world created by Altberg’s company Linden Lab – for over 13 years.

Wendy Keeney-Kennicutt is a professor of chemistry at Texas A&M. In 2008 she created a virtual lab within SL where her students could conduct experiments and visualize the molecules in ways that would have been difficult, dangerous, or downright impossible in the real world.

“Originally I got into Second Life because of the 3-D nature of molecules. People have a real hard time seeing 2-D pictures in a book and seeing a 3-D picture in their heads. That’s what chemistry is all about.”

According to Altberg, students attending the virtual lab actually out-performed their real classroom counterparts because the enhanced interaction helped them retain the information better.

“You can read about something, you can watch videos, but when you DO something… That just sticks with you in a completely different way. In VR I can pour this liquid into that liquid and see what happens. If the nurse screws up, the patient doesn’t die.” 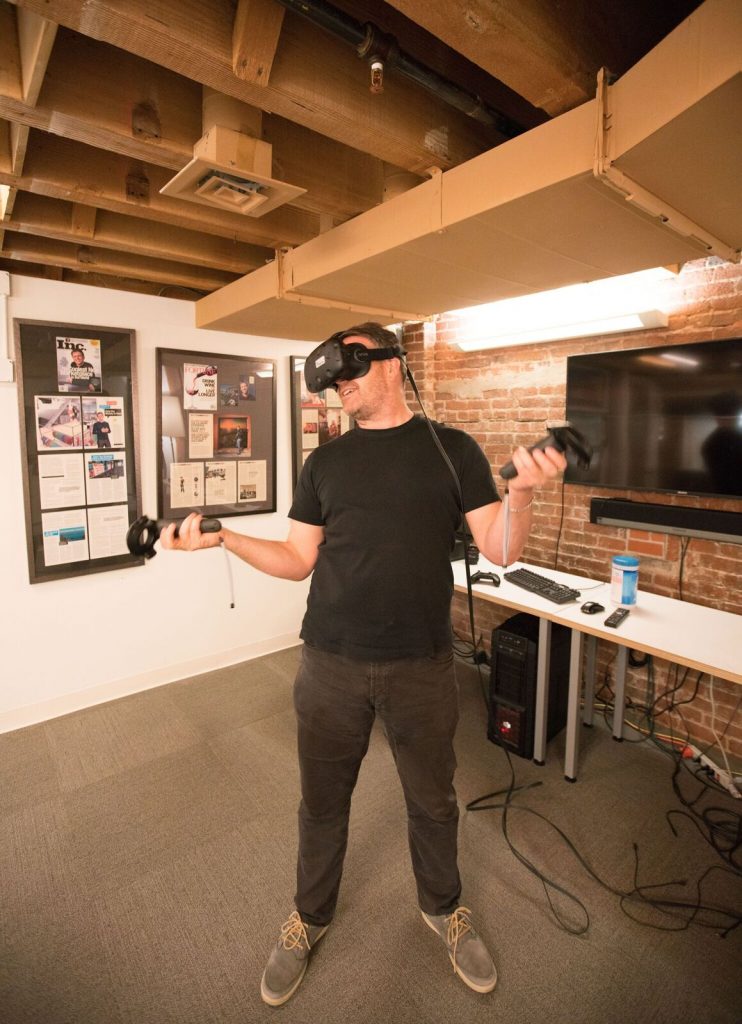 Linden Lab has always been ahead of the curve, sometimes too much so. At a time when TheFacebook was merely a glint the eye of a teenage Mark Zuckerberg, they were launching an entire world to let people socialise online.

At a time when TheFacebook was a mere glint in Zuckerberg's eye, Second Life was letting people socialize online Click To Tweet

Yet Second Life suffered from technical limitations, a walled-garden structure that made it difficult to invite others to share experiences, and a steep learning curve that meant you had to spend several hours navigating your way around the system before you could do anything. 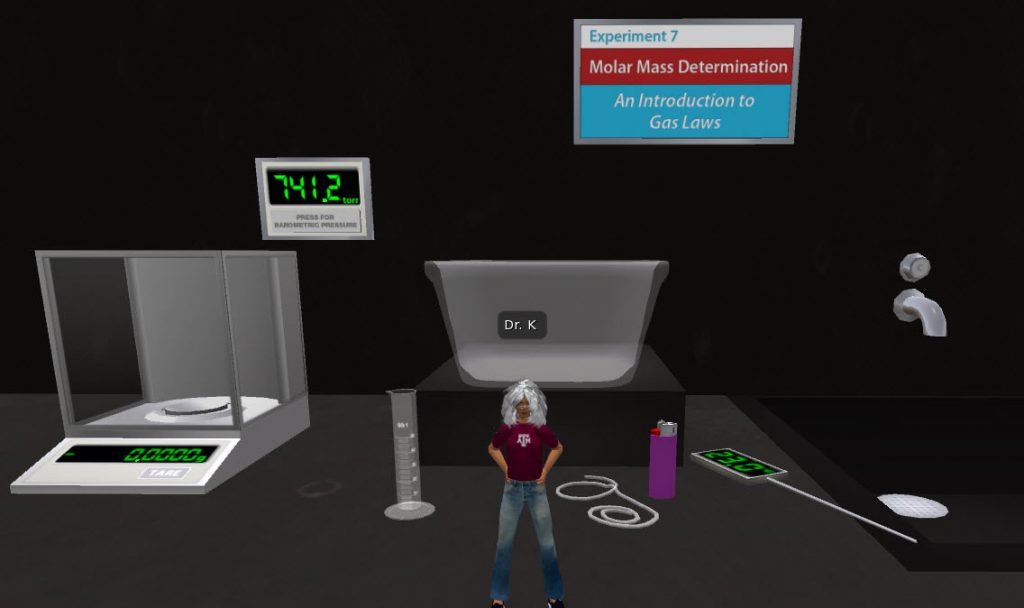 That’s not to say that it was a failure, however, far from it. As it approaches its thirteenth birthday, Second Life is profitable and still attracts around a million users a month. This enables Linden Lab to fund the development of Sansar themselves – no mean feat for a technology company. Perhaps even more valuable, however, is the accumulated experience and feedback gathered from all those long-term users over the years. Nobody in that space can claim quite as much experience of running a large-scale open virtual world, and monetizing it.

What unites all these virtual classroom imaginings and experiences is the idea that play is a cornerstone of learning. Game studies, also known as ludology, explores the theory behind this concept, and I have long believed that technology such as videogames can and should be used in learning, as they have enormous potential to help students develop a broad range of critical skills.

It is puzzling to see how people often think of learning and play as being not only separate, but polar opposites. In Ready Player One, however, a significant point is made of the fact that the word Ludus means both “school” and “game” or “play” (in fact *** SPOILER ALERT*** it is the first crucial clue in the “Easter Egg Hunt” around which the plot revolves).

It goes beyond semantics though. Humans, like other mammals, are hard-wired to learn through playing, especially when they’re young (if you’ve ever watched a puppy play-fighting or a kitten chasing a fly you’ll know what I mean). Even as we grow older, however, it is still easier to learn in playful environments. This is now so widely accepted that there is a booming industry in online brain training resources such as Lumosity, which is projected to hit $6 billion by 2020.

It is puzzling to see how people often think of learning and play as being not only separate, but polar opposites Click To Tweet

Patricia Abbott – the author of the third quote in the quiz at the start of this article – believes that using Second Life’s gaming-type environment was crucial in helping students at the University of Michigan School of Nursing learn. Not only were they able to deal with scenarios they might not have come across otherwise, but they – perhaps paradoxically – felt much more free to be themselves.

“Because they’re doing this as their avatar or their alter ego—there’s this anonymity. There’s a sense of having a little bit of protection because I’m not putting myself out there, I’m not so vulnerable, so I’m willing to take more of a risk.”

And taking risks is a crucial part of creative thinking. The ability to look at a problem for all angles and think outside the box – to use one’s imagination, in other words – is something that we’re most likely to learn through play. It seems therefore strange to see a movement – at least in the UK – towards more rigid testing of pupils at an ever-earlier age.

Such is the concern that some parents recently kept their children out of school for a day in protest of the new testing regime. Surely it would make more sense to empower teachers to creatively use all resources available – including technology –  to foster those skills. If we recognize the value – commercial and otherwise – of the creative industries, we shouldn’t crush creativity at its most fertile stage only to re-teach it at university level. But I digress.

While the virtual classroom will soon become a viable reality, it remains to be seen whether the vision offered up by both Cline and Altberg will materialize. Whatever shape it takes, however, it is likely that Virtual Reality will make the classroom of the future a place where the lines between work, play, learning and living become increasingly blurred. And I agree with Wade in that this might turn out to not be such a bad thing after all.