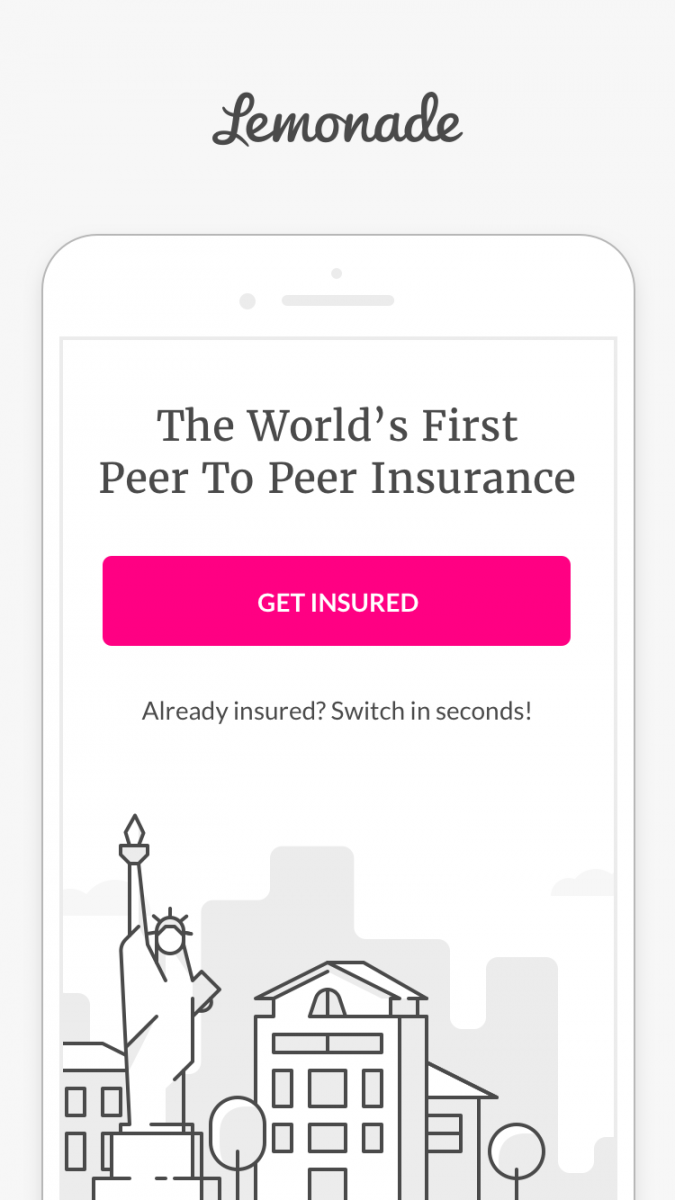 It’s not hard to figure out where the inspiration for this company’s name has come from. If ever there was a bitter lemon, it has to be insurance, which most of us see as a necessary evil. But with Lemonade buying insurance is done through an app in no time and with no paperwork, yet the company is also a fully licenced insurance carrier reinsured by Lloyd’s of London. According to their mission statement, by striking that balance between old and new, replacing brokers and bureaucracy with bots and machine learning, it aims for “zero paperwork and instant everything.”

But it’s the lack of greediness in Lemonade’s the business model that seems most disruptive, as it so emphatically breaks away with the way that legacy insurers traditionally operate. Lemonade takes only a flat fee, and give back unclaimed money to causes that its policyholders care about through their ‘Giveback” program -developed by Chief Behavioral Officer Professor Dan Ariely.

This goes far beyond marketing fluff, and is actually baked into the very core of their business model according to Lemonade’s CEO and Co-founder Daniel Schreiber. “We’re using technology to gather people with a shared cause and realigning incentives to bring the best in us all,” he says.

This strategy has not only earned the company B Corps status – similar to Fair Trade or Organic certification, which makes sure the company meets rigorous standards of social and environmental performance, accountability, and transparency – but looks to be bearing fruit in commercial terms as well. The company has just released surveys showing that it now ranks as the top choice among first-time buyers of renters insurance in New York State, with an impressive 27.6% share of that booming market. 110 million Americans rent their home, including 75% of under 35-year-olds, making this segment one of the largest and fastest growing in the industry. 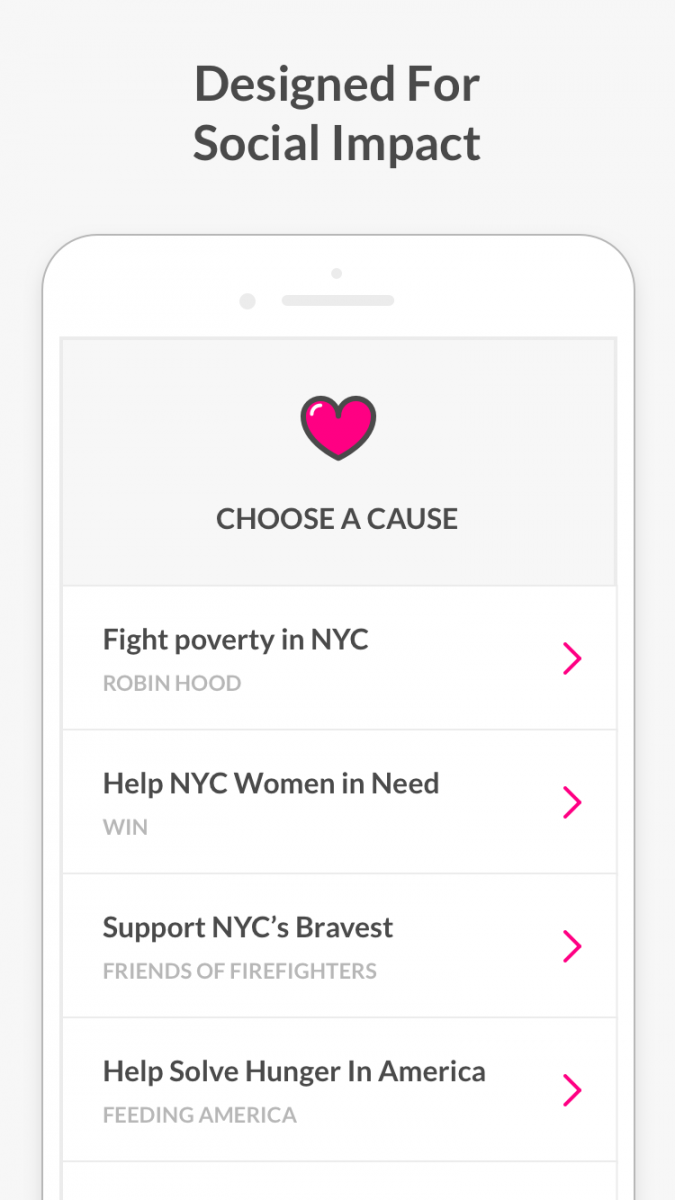 The Google Surveys indicate that Lemonade – which was only launched in September last year – has overtaken big names such as Allstate, GEICO, Farmers, Liberty Mutual, Progressive, and other legacy insurers. 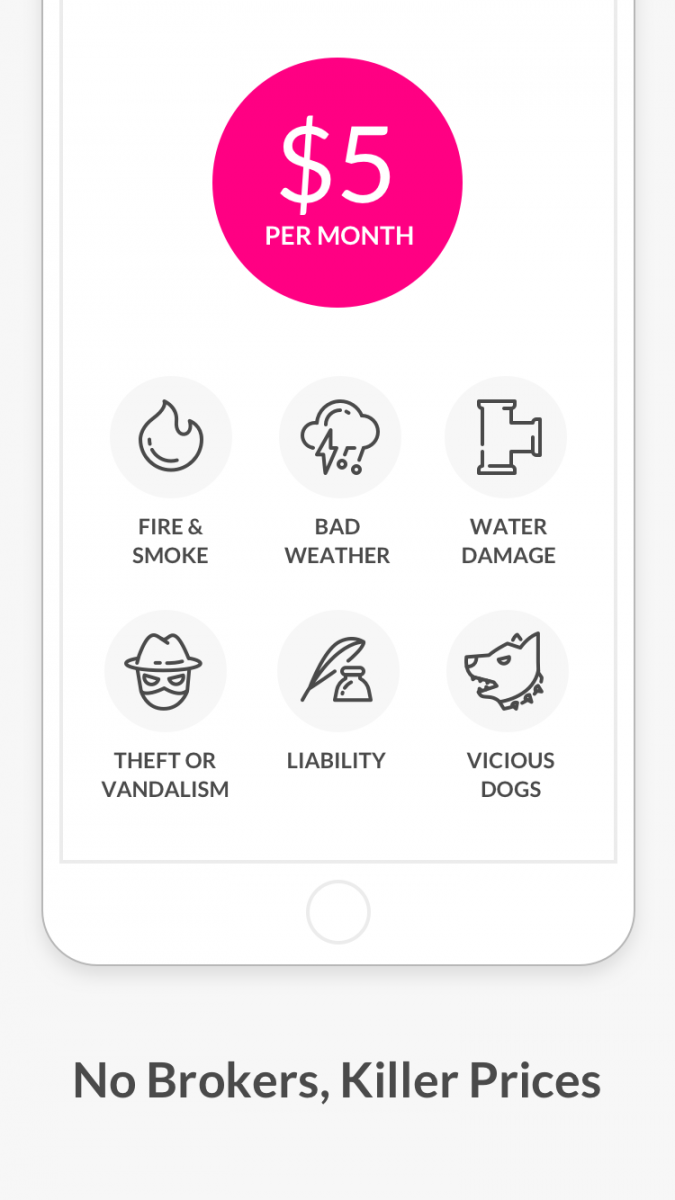 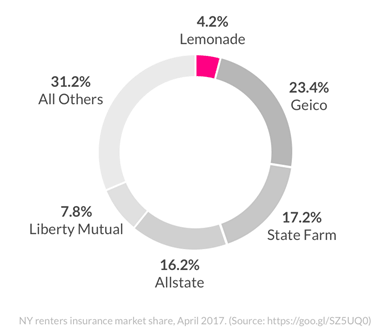 The second survey corroborated the 4% overall market share, and proceeded to break it down by when respondents first bought insurance. About 88% bought their first policy before Lemonade launched , and among them, Lemonade’s share was correspondingly low (0.9%). However, among the 12% who entered the market this year, Lemonade commands a 27.6% share (E:+12.6/-9.8) 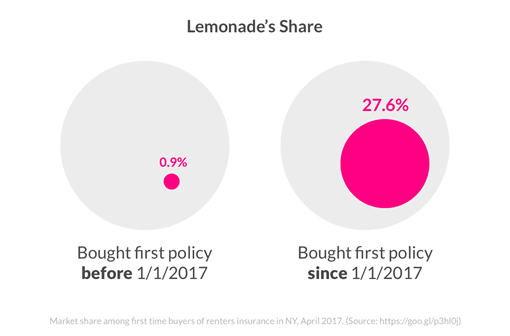 “Attaining 4% market share in a few months, in such a competitive category, is without precedent,” said Peter Diamandis, founder and executive chairman of the XPRIZE Foundation, and cofounder of Singularity University.

Diamandis believes this is nothing short of a wake-up-call for the entire industry, as the numbers actually don’t do justice to how disruptive Lemonade has been in the short time since it has entered that space:

“As remarkable as this achievement is, however, it actually understates the Lemonade phenomenon. The vast majority of the ‘market’ bought their policy before Lemonade existed, so the more telling number is the share amongst consumers who entered the market since Lemonade did.”

This is backed up by the fact that in the two months since Google ran these surveys, the Lemonade customer base has more than doubled, and growth is expected to continue at a similar pace going forward according to Schreiber. 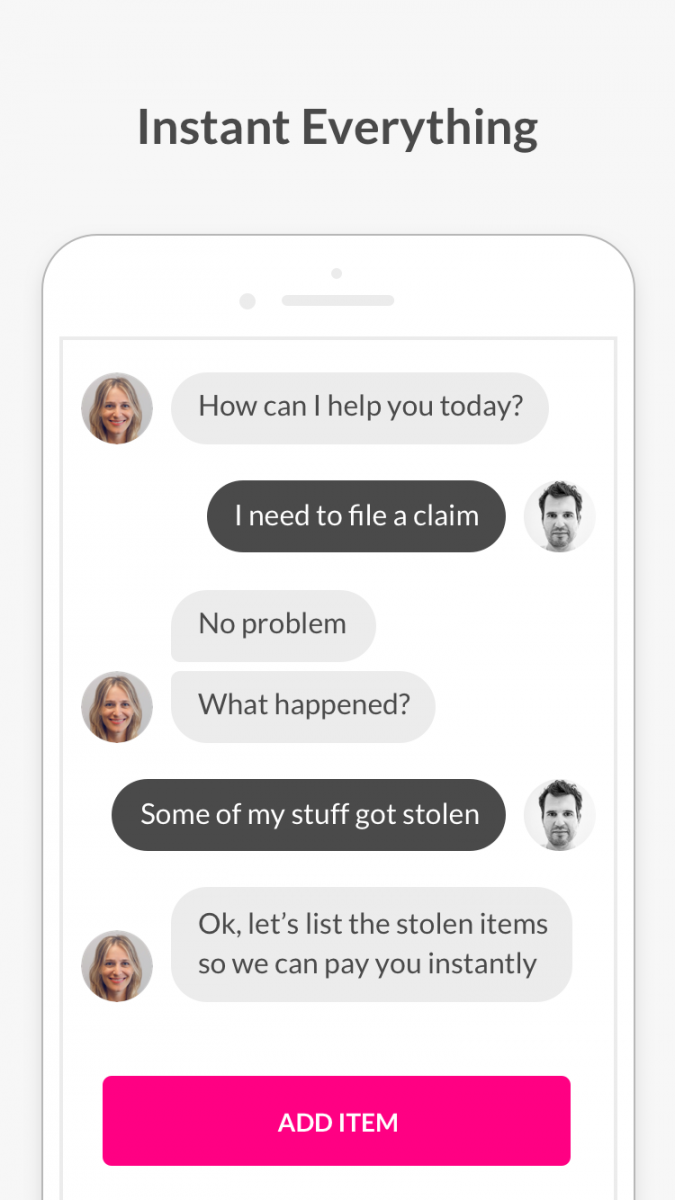