Igor Pejic provides a handy guide to understanding what the flip the Blockchain is about, and what it will really mean for us all.

If you ever wondered how a cryptocurrency wallet worked (it functions more like a key than a wallet) or what “hashing” means (it’s where original information is transformed into a code via mathematical scrambling with one-way cryptography) this book explains all of that, alongside the basic principles and workings of the Blockchain and the cryptos that run off it. 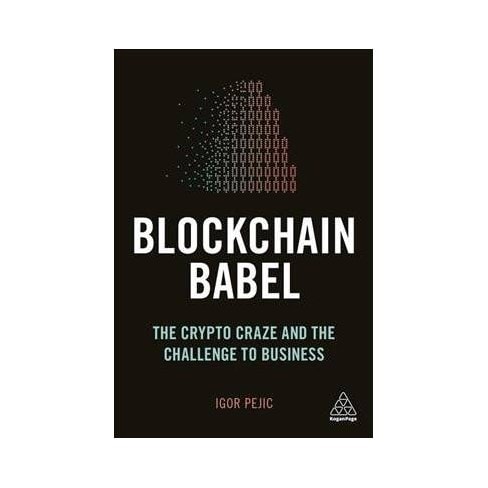 The decisive battles on the Blockchain front will be fought on three main fronts: facilitating transactions, storing value and providing credit Click To Tweet

“Blockchain has the potential to force the finance industry through a change unseen for centuries.” The ability to move money and assets without a central authority is fundamentally disruptive, and the general consensus seems to be that Blockchain technology will change every industry from the ground up.

This is a list cited in the book of the eight major categories of blockchain applications identified so far:

Yet as much as this broad-ranging disruption is acknowledged, Pejic also encourages us to take it all with a healthy pinch of salt.There is a tendency to apply blockchain as a panacea to every industry, and he writes, “Once you have a hammer in your hand, everything suddenly looks like a nail. Technological determinism assumes that one tool will in itself make the world a better place,” he cautions.

The fact is that Blockchain – due to issues such as scalability and energy consumption – might itself become obsolete. We have already in fact seen what the evolution from “Blockchain 1.0” to “Blockchain 2.0” might look like, with the deployment of smart contracts. Ethereum, one of the most Blockchains, is an example of a platform that uses these smart contracts.

“Could you tell off the cuff whether 0.2267 bitcoins for a bike is a good deal or not?” he asks “Bitcoin is denominated up to eight decimal points, so even the best mathematicians will need a calculator.”

The blockchain will always demand consensus, regardless of whether you limit or open the number of nodes. This is the very nature of a trust machine, it will render networks rigid and hamper the penetration.

It is not correct to call Blockchain the ‘internet of money’/ the network is open, but nodes can only act collectively. Even worse: they can only act as a whole. Nodes do not have the creative power they have in the internet, but solely the destructive role of denying or granting consensus. So the Blockchain is by design different to the internet. The implications for network designers are simple: make it as efficient as possible, not as open as possible. Only once companies grasp this, can they unlock Blockchain’s true potential.

In 2014 European banks alone spent £40 billion on IT; a mere £7 billion (17.5 per cent) went into innovation. Fintechs are the ones driving product innovation and this embryonic stage of Blockchain. However, banks could still leverage the trust component of the blockchain to enter the authentication business

At the end of the day, the book reminds us that money and credit are essentially material manifestations of trust – they are the belief that your virtual possessions will correspond to real ones. So the question really becomes whether we are ready to really trust tech as much as we trust traditional financial institutions. The answer so far has been “not quite.”

Overall, however, Pejic strikes a surprisingly optimistic note for the future, saying that competition is always positive for customer service, driving up innovation and driving down prices. Ultimately, banks will have to learn to revolve around their customers rather than regulators and compliance officer. They will have to adapt all their processes – front-and-back-end – to fit their customers’ needs.

“One thing is for sure,” he concludes “you will be on the winning side as the competitive forces of the free market push down the cost of banking services. The more intense the battle gets, the more you will enjoy it.”