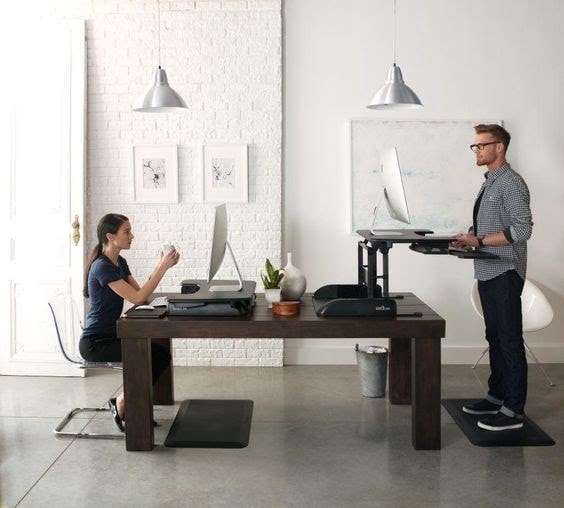 More of us are suffering from Repetitive Strain Injury, so here are some things you can do to tackle this modern curse.

I’ve given up counting how many hours a day I spend on the computer (phones, tablets and other gadgets count). The best estimate I can come up with is pretty much every waking moment. When a friend showed up with both arms heavily bandaged, I asked him if he’s had an accident, but wasn’t all that surprised when he blamed RSI instead. It’s the price we pay for being always on.

This also costs the economy, as the broad category of “Musculoskeletal Disorders” is responsible for a third of all workplace injuries, lost workdays, and compensation claims. According to the Occupational Safety and Health Administration (OSHA), RSI affects some 1.8 million workers per year. One government study puts the cost of RSI between $17 billion and $20 billion a year.

Since I started to struggle more and more with the various pains associated with long hours of typing, tapping and clicking, I researched some of the less radical options (those that didn’t involve surgery or retreat to a remote location bereft of WiFi) and thought I’d share some of my first impressions with you around what worked and what didn’t. Please add your own ideas below!

One simple thing that really helped was getting a little exercise routine going. This is something that only takes 3 minutes per session, so I try and do it at the start and finish of each workday. Trust me, it will be the wisest six minutes a day you ever invest on yourself, and I’ve grown to really like it. There are many versions out there, but my favourite is this popular YouTube video:

My friend’s solution of bandaging his arms with strips of surgical tape might seem a bit dramatic, but mainly works in two ways: Diminishing the discomfort caused by RSI by applying some pressure, and also making you think about your posture and movement a bit more. Similar to tying a piece of string around your finger, it reminds you to take some care with how you sit, how you place your hands on the keyboard, and other factors that really do make a difference in the long-run. As the name implies, RSI is caused by repetitive movement, and most of us will repeat movements unnecessarily and without realizing it throughout the day. Anything you can do to stop yourself from doing that quite so much is helpful in combatting the problem.

It’s important to take a step back and do your own health and safety assessment every once in a while. Take a look at where you work, and how you’re working. It’s easy to become used to working in a certain way, but often there are simple things we can do to cut back on the kind of repetitive patterns that cause RSI. Do you find that you’re constantly clicking your mouse in a certain way? Think about whether every click is actually necessary. Maybe there is an equivalent keyboard shortcut or voice command that would do the same thing? Try clicking smarter and less often. It’s also good to practice becoming ambidextrous, clicking with your other hand every once in a while, even if it feels strange at first.

This is the one everyone knows, but few of us manage to stick to. It’s all too easy to caught up in our work and before you know it you haven’t moved from your desk all afternoon. Be strict about creating the habit of taking regular breaks, preferably to go through some of the exercises in that video above. Your work won’t suffer because of those ‘lost’ few minutes, quite the contrary. Studies have shown that taking regular breaks actually increases productivity.

I recently also tested a few different gadgets that promise to help improve your workplace setup, here are some of my first impressions:

The keyboard promises optimal ergonomic design, and light-touch keys supposed to minimize the strain caused by typing. I found it comfortable enough to use, but the connectivity with my Mac didn’t work too well, so I had to keep pressing keys repeatedly and harder, which sort of defeated the purpose. It got so frustrating I ended up reverting back my external Bluetooth Apple keyboard, which does work smoothly and still has light-touch keys. The main advantage of such external keyboards is that you can adjust their placement in relation to the edge of your desk and screen so that your wrists are properly supported.

I was making an effort to really think about my clicking, and the fact that I could not automate my movements helped with that Click To Tweet

The Penclic mouse is designed like a swivelling pen mounted on a gliding base, so you don’t need a mousepad, and takes up very little desk space. It’s quite awkward to use, but that’s not necessarily a bad thing. I actually stuck with it, because I was making an effort to really think about my clicking, and the fact that I could not automate my movements helped with that.

My husband is a digital producer and spends a lot of time editing photos and videos. The professional software he uses is incredibly click-centric and so his RSI is a bit different from mine, which bothers me more with typing. He really liked the large surface area of the pad, which meant that he could track movements easily over a large screen, and the buttons on the side, which he could use to click with his left hand while holding the pen on his right. He still likes working with the traditional mouse, however. “you actually forget what an efficient piece of design the mouse is, and for the kind of work I do it is great, apart from when you start to rack up thousands of clicks a day.” His solution is to alternate between using the pad, keyboard shortcuts and the mouse so that no single muscle group gets overstretched for long periods of time.

By far my favourite home office piece of kit is the standing desk, however. I always thought these looked a bit strange, but the health claims were impressive. Apparently, the mere act of standing up boosts your blood circulation and feeds more oxygen to your brain, increasing energy levels, alertness and productivity. Although sceptical at first, I did feel much more energised as soon as I started using it, and the next day my legs felt like I’d done a bit of a workout! It also folds and adjusts to various heights, so that it can be used as a normal desk if you want. The best part was the way it helped the positioning of my arms and wrists, which were nicely supported and level. It was very difficult to fall back into a bad posture, and my back, neck and hands all thanked me for it even after one week.

OK, never mind the rather ill-judged name, and the fact it looks a bit strange… It is actually a nice gadget for when you do want to sit down on a proper chair. Varying your position throughout the day is helpful in keeping you mindful of your posture and movement. The seat works to keep your spine in alignment and works on most chairs, which is particularly good if you don’t quite have enough dosh for a Hermann Miller.