Being a woman at a tech conference, specially a developers’ gathering such as Microsoft Build inevitably means you’re outnumbered. Looking around, I’d guess the ratio of men to women was at least 10 to one and that’s me being extremely generous with the counting.

The upside of that is that it’s one of the few occasions where, in an extremely crowded, large-scale event, there is no queue for the ladies bathroom. The downside is that it reminds us that tech still has a ways to go to address its gender gap problem.

Part of the solution to that enduring problem, however, is inspiring more girls to get into tech in the first place, and this is where I think Microsoft deserves a shout out. Because although everywhere else women might have been outnumbered, they were a majority at the keynotes.

It was great to see such a diverse group of talented and confident female experts proudly showcasing their teams’ work. From Laura Jones showing the audience how Cortana’s AI and the cloud will make our lives easier to Maria Naggaga and Rimma Nehme rocking some live coding,there was no shortage of empowerment on stage.

Innovation director or human experience and design Haiyan Zheng had the audience in tears with the story of how she built Emma, a wearable that offered hope for Parkinson’s sufferers to better control their symptoms, and Yina Arenas joined Harry Shum during his AI keynote to show off the new translation feature for PowerPoint (the computer seemed to deal much better with her Spanish than Shum’s Chinese, but overall it was a very impressive demo.)

Day two didn’t feature quite as many women, but Lorraine Barden, Engineering & Product Strategy partner director of program management got the most enthusiastic applause when unveiling the Windows Story Remix app which is being released as part of the Windows 10 Fall Creators Update. The idea behind the app is not only to seamlessly make all your content accessible – end editable – across all devices, but to inspire you to tell stories with it. I was particularly excited to see the ease with which she incorporated Mixed Reality elements into those stories.

I later caught up with Lili Cheng, a distinguished engineer and general manager at FUSE labs, and I pointed out my impressions regarding this prominence of female tech talent at build. Cheng is at the forefront of research and development of AI solutions for the Microsoft Graph, and she said that having diversity in teams is crucial to solving the immensely complex problems they face:

“We have to have a diverse group of people working on AI, otherwise it’s simply not going to end up being as good as it should be,” she concluded. 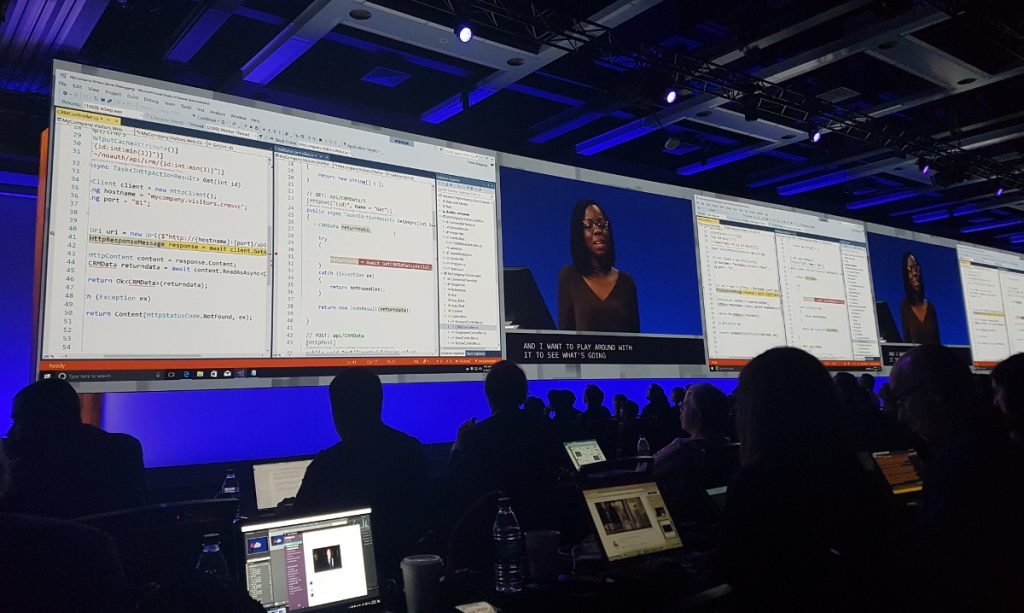