Designing and making customized objects for your home has traditionally been an expensive and rather exclusive process, but 3-D printing technology is set to change all that.

In this article for The Next Web I find out how a company wants to democratize design by giving any designer the tools to realize their vision through 3-D printing. And it is much faster, cheaper, and better looking than you might think.

Rhonda Huber fell in love with the shape and color of the beautiful palm leaves she saw at her Long Beach home.

Being an interior designer, she enlisted the help of her daughter – an illustrator – to draw out her idea, turning that inspiration from nature into a beautifully organic-looking piece of furniture, which she called the Sunday Chair.

To actually make her chair, however, she first had to work with an industrial designer to render it into a 3D file.

That’s because Huber was among a small group of designers invited by a company called Print the Future to have custom pieces of furniture 3D Printed in a temporary shop setup in New York this past March.

The idea behind it, explains its CEO Neil Patel, was to make people realize how far 3D printing has come in recent years, and that this is now a technology that can be used to create beautiful, useful – and increasingly affordable objects.

3D printing is now a technology that can be used to create beautiful, useful – and increasingly affordable objects Click To Tweet

Anna Maria Mannarino’s cocktail table was also among the items that materialized in the Manhattan pop-up store next to Times Square last month. Her draped design was printed upside down in horizontal layers, a process that took around 90 hours due to its size and complexity.

It had previously never occurred to her that it would be possible to print such large items, as most things she read about or saw were much smaller. “The idea that it is something that could be so customized and delivered quickly is key,” she says.

“3D printing allows a designer to print one item at a time and since the investment is low, they can use simple a social media strategy to market,” adds Lori Dennis, a well-known designer who’s also a Print the Future board member. She’s planning on launching her own line of 3D printed furnishings on the platform, and is excited about the democratization that the technology enables. 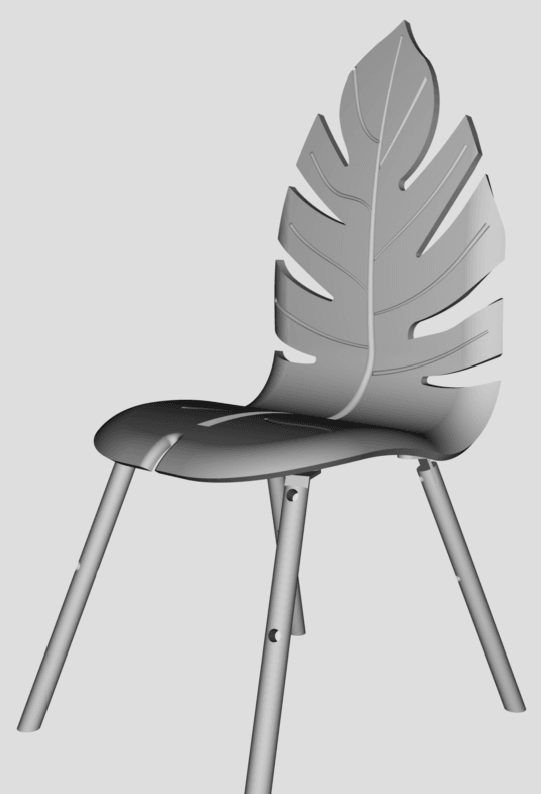 “Currently the gatekeepers are large companies with manufacturing capabilities and big budgets for ad campaigns to push product, and because the cost of manufacturing is so expensive, and the risk high, only select designers are granted the ability to participate in this process. But now any designer with an idea, a computer and a social media account can compete with the largest furniture brands in the industry.” 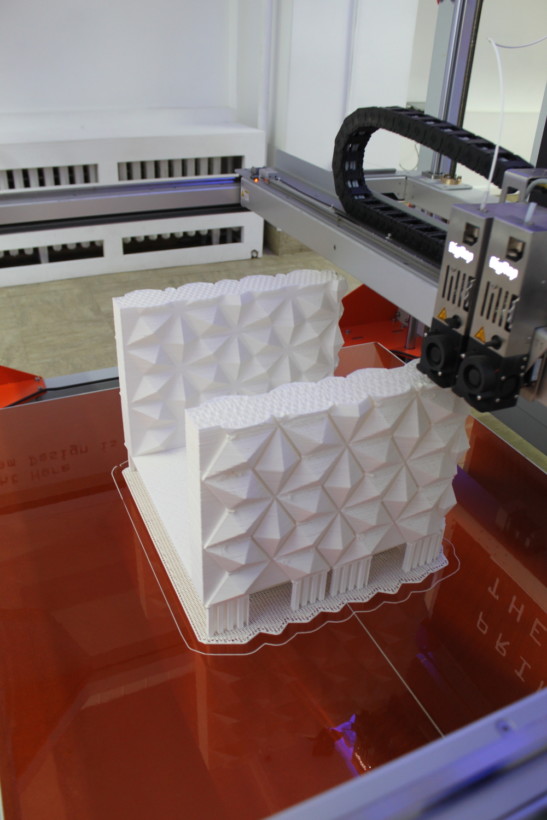 “The ability to create one-off designs or prototypes of potentially mass marketed designs is vastly simpler through 3D printing,” agrees Travis Neely, who calls it a revolutionary step in the world of design, enabling things that would have simply been impossible through traditional methods of fabrication.

“I find the possibilities incredibly exciting,” continues Neely, who estimates that he tried out about 30 different ideas before arriving at the intricate side table design which was printed in Sweden in about 40 hours by one of Print the Future’s partners.

It’s a prime example of the kind of waste that would be created with a traditional subtractive manufacturing, but generates no waste product at all with this process.

Allan DallaTorre is another designer who agrees that 3D printing freed him up to do things that simply wouldn’t have been possible before, both in terms of logistics and expense: “My diamond design table would have cost three times as much and have taken weeks to fabricate by multiple trades people,” he says.

Designers often already use 3D software tools such as AutoCAD, and Revit for space planning, presentation drawings, construction documents and renderings, so it isn’t much of a leap in conceptualization and skill set to produce the 3D models necessary for printing, as Neely explains:

“This is not altogether different than a designer communicating with an artisan to create a specific piece. The individual either needs to be able to draw their dream within the software, or he/she needs be able to accurately communicate the design to a 3D designer who can then create it in the software for them. The major benefit is that alterations can more easily and more cost effectively be accomplished in a computer program than on a fully realized item from an artisan.”

Yet Patel is keen to remove any technical hurdles by having a team of industrial designers on hand to help anyone, regardless of their technical ability, to create and print their designs.

His business will therefore initially focus on supporting and growing that designer community through subscription fees, but eventually the platform will also rollout a consumer print-and-pay model to further bring that democratization and accessibility of design to end users everywhere, regardless of their technical or creative skill level. 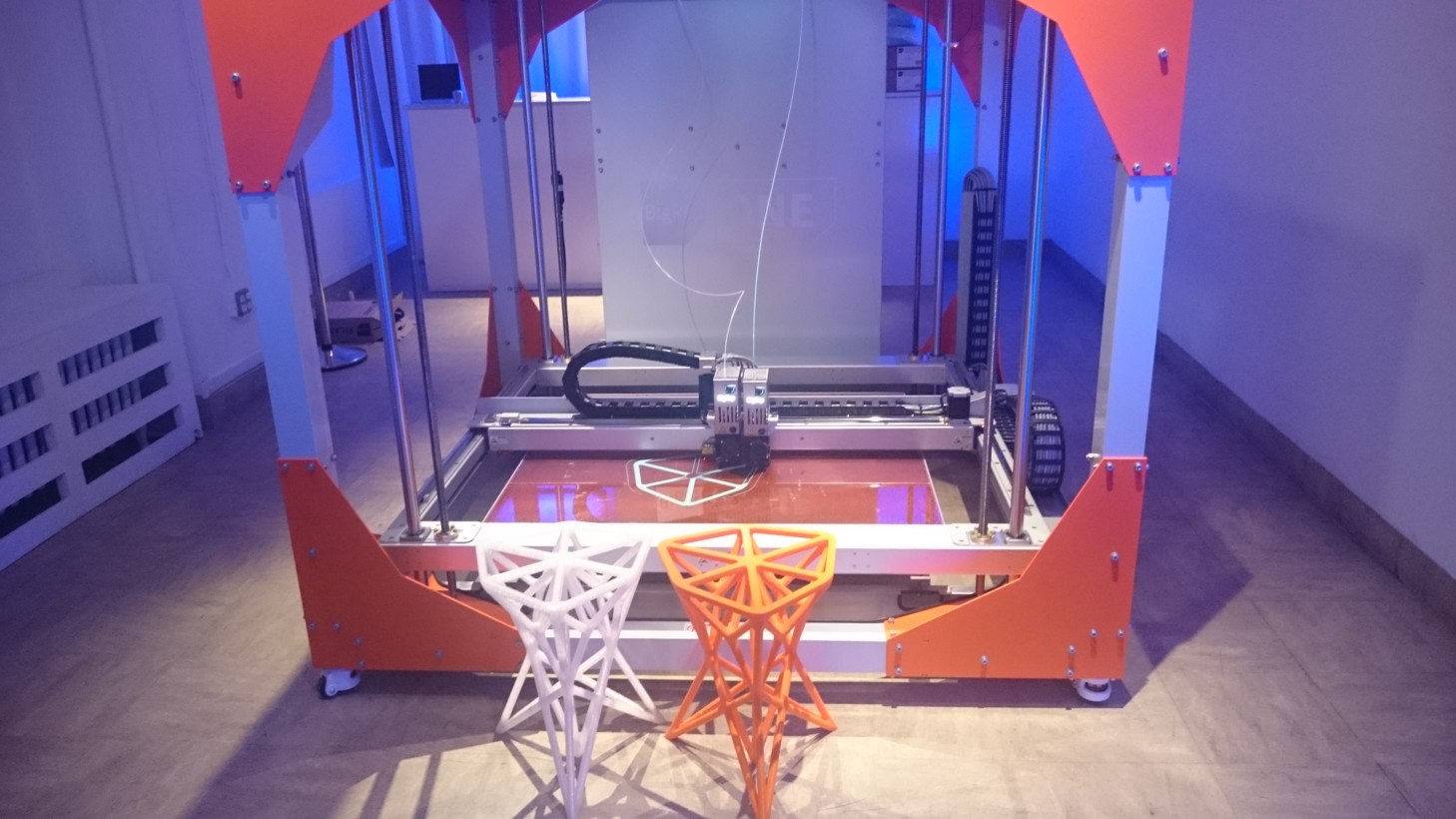 This is where Dennis and Patel reckon they can become the category killer in a market set to reach $30 Billion in the next five years as 3D Printing technology continues to advance. The idea is to eventually allow anybody to conceptualize – and then materialize – pretty much any idea they have.

All the items of furniture printed in the New York shop – which would retail at around $500 to $1500 each according to Patel – were later given to visitors via social media giveaways. And while the New York shop is now gone, Print the Future is planning to open new ones in cities like San Francisco, Los Angeles, Austin and Chicago in the coming months, as well as looking at permanent locations and partnerships with major retailers as they finalize their current round of funding.

“Customization like this opens the opportunity for a wider variety of consumers to have custom products rather than just the people that can afford an expensive artisan or crafts person,” believes Oklahoma-based designer Stacey Cole. “At our office we do a lot of custom work but it normally comes at a high price with certain restraints of the material and crafts person. Now the possibilities are faster, wider and less expensive.