The term “Flagship Killer” takes on new meaning with the Honor 10 + GPU Turbo.

After using the brand new Honor 10 for a couple of months I can say with total confidence it really is a “Flagship Killer”. Producing phones that exceed expectations and challenge the stupidly high prices of new class-leading handsets from Apple and Samsung has raised Huawei, the parent company of Honor to be the second largest global smartphone maker. With Samsung still in top spot but Apple languishing in third. Most impressively Huawei has achieved this without access to the huge US market where the government and regulators have restricted their access due to security concerns. Being a Chinese company and China phobia in the US as it is, Huawei has suffered in North America but still excelled globally. 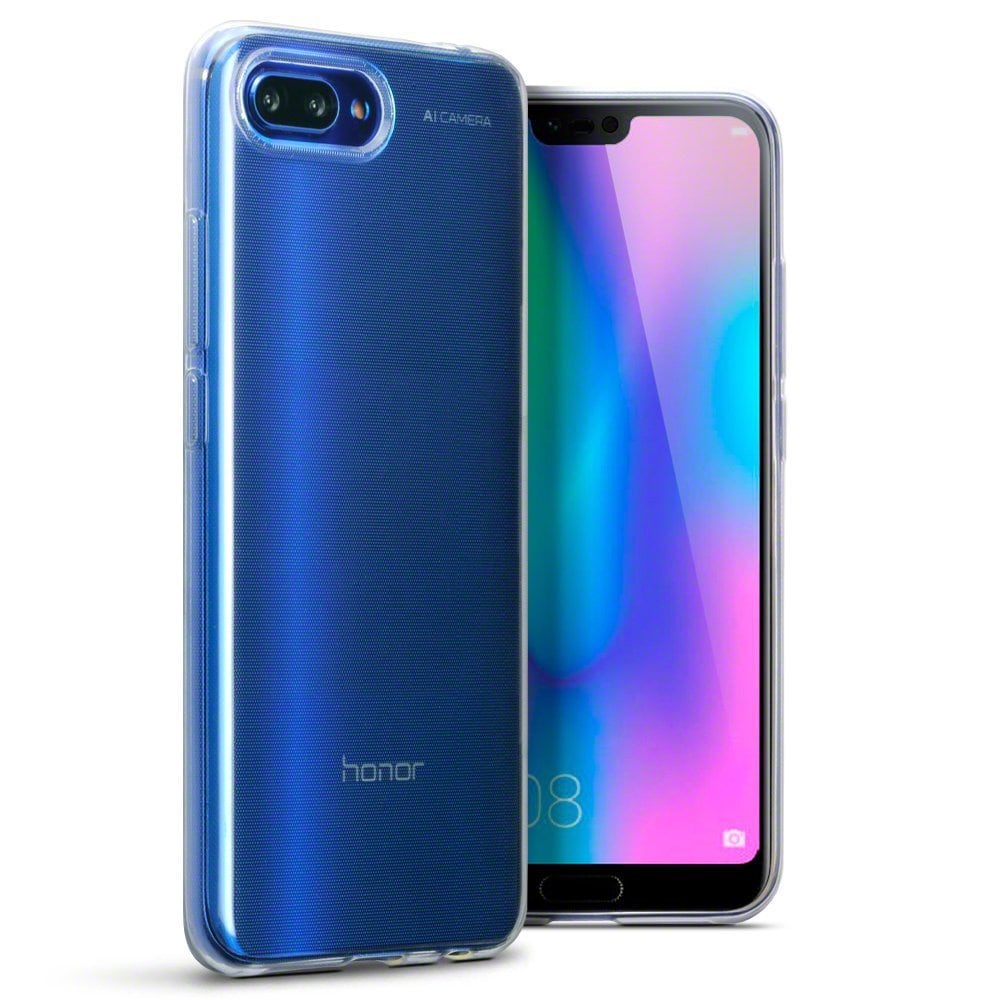 “We believe the recipe of success is simple – give consumers a really good product! That’s what we work hard for every day at Honor,” said George Zhao, President of Honor. “But we don’t just stop at making a good product. We want to co-create a new lifestyle with young people worldwide. We listen to them, we bounce ideas around with them, and we cheer for them. They are our inspiration, and the reason we created the Honor 10, with its AI photography features and exquisite design.”

The mid-priced but high spec market has grown recently, driven by competitors including OnePlus, Huawei & Honor delivering handsets that demonstrate just how overpriced the flagship phones from Apple and Samsung are. I would also suggest that a lack of innovation at the top of the market has devalued their flagships somewhat. People are right to expect serious advances and groundbreaking new features if they are are shelling out around a grand for a phone. Samsung and more specifically Apple designed and built this market in top-end phones to work this way and only have themselves to blame when they can’t keep up with the demands of their customers. 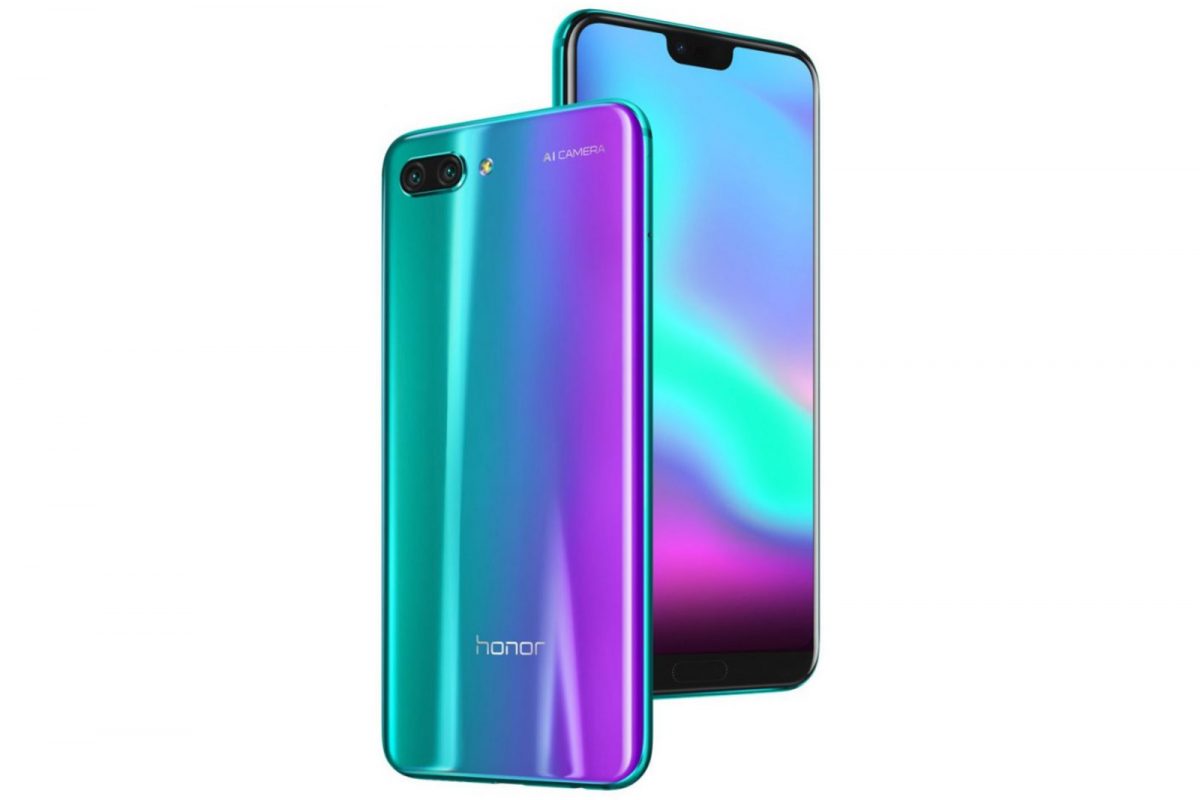 Anyhoo, on to the £399.99 Honor 10. The way android is designed to mould itself to your usage means that the first few days of using a new phone are crucial while you set it up how you want it to work and Android learns how you use your phone and how to give you the best experience and battery life. This bedding-in process means you will experience pretty terrible battery life and a hot handset for the first 4-5 days and that judging the device in any way is foolish until about a week has passed and everything has settled down. By day 7 of my test I think I got the phone I was expecting. It was super fast and a pleasure to use. By week 8 I now know that you will never need to spend more than £500 to get an incredible smartphone that 99.9% of users will love.

By day 7 of my test and after tweaking it to my taste I think I got the phone I was expecting. The #Honor10 was super fast and a pleasure to use Click To Tweet 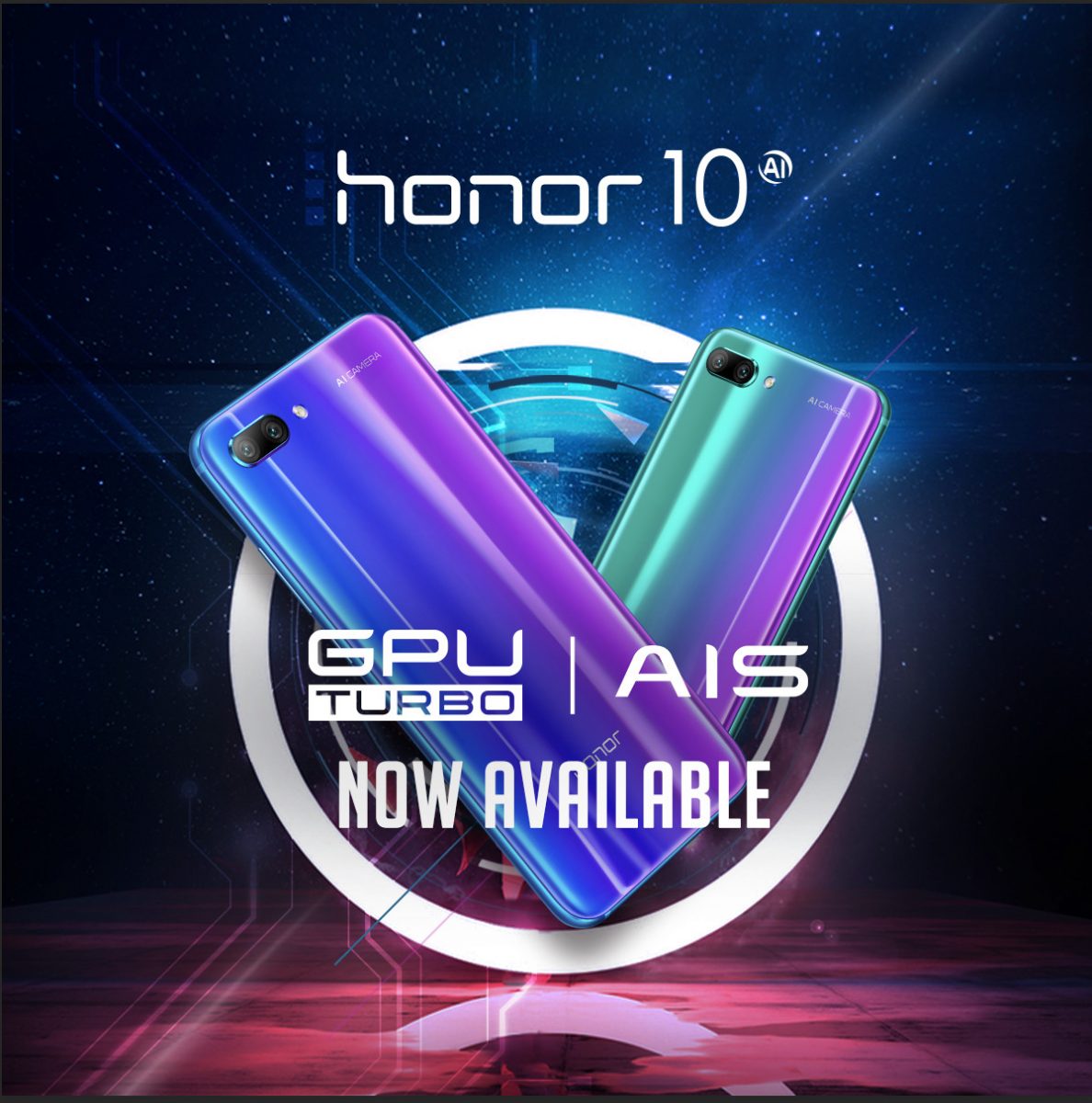 I was also fortunate as Honor Global wanted to ensure I got the latest Android 8.1 and EMUI 8.1 updates, including GPU Turbo, for this review so I’m testing the Honor 10 at its absolute best. The screen is 5.84” with an aspect of 19:9. It’s FHD+ 2280x1080px (432ppi) and for me proves that great screens don’t need to be 4K. FHD saves a chunk of battery over 4K and the visible difference is almost beyond human perception. On this screen the colours are bold, whites are bright and contrast is crisp, no complaints at all.

The Honor 10 is loaded with the same flagship processor found in the top end Huawei P20 Pro, the Kirin 970 CPU. This octa-core processor (4×2.36GHz + 4×1.8GHz) is really powerful and makes the Honor 10 blazingly fast in daily use. 4GB of RAM is not a lot but the Honor 10 runs very fast and smooth no matter what you are doing. Interestingly the screen features a notch and the fact I don’t hate it still surprises me. To be fair it is hidden in a lot of my apps as the background remains black unless the app’s header colour is replicated to fill the notch sides and this seems to be limited to only a few apps but if you want to hide it permanently just pop into the settings and bingos, job done. 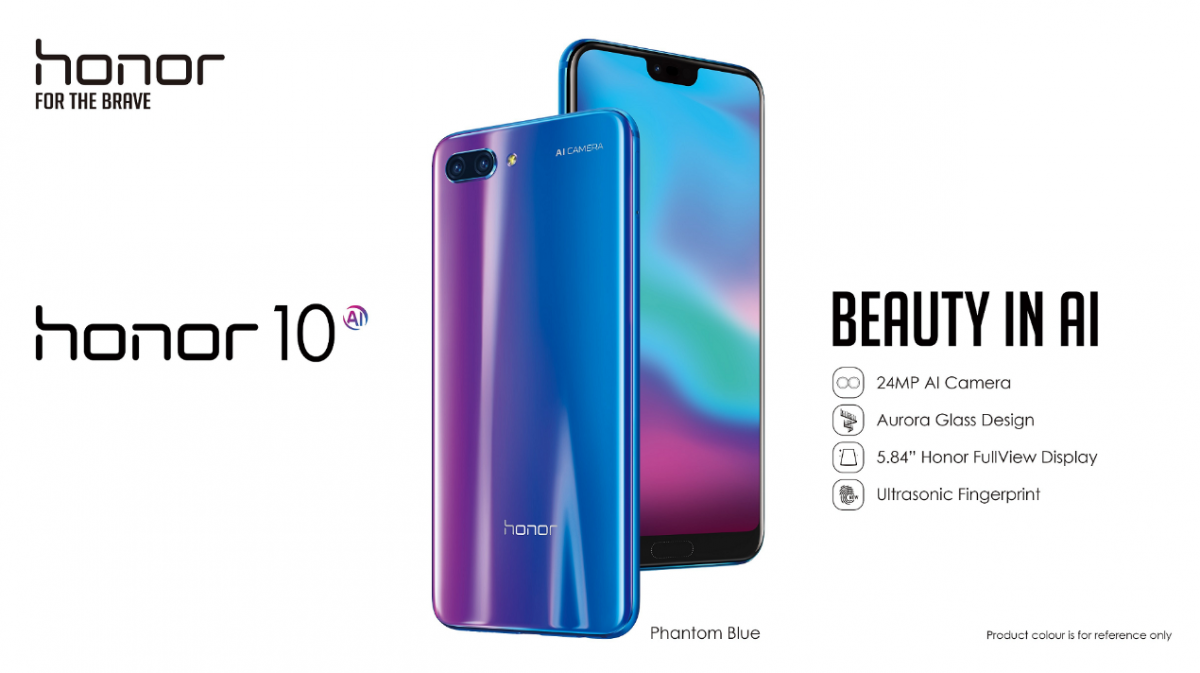 Honor is pushing the concept of “Beauty in AI” and this phone features advanced AI 2.0 technology, applied chiefly to the smartphone’s camera. The dual 24Mp + 16Mp rear facing AI Camera has an F1.8 wide aperture to improve low light photos and uses its AI to analyse and tweak your photographs. Offering Real-time Scene Recognition of 500+ Scenarios in 22 Categories, smart portrait and event gallery categorisation, dynamic bokeh and multi-subject framing. The AI camera produces pleasing results quickly, analysing, categorising the subject of your photo and treating it to your taste through Scene-specific Parameter Applications. The Dynamic Bokeh effect is all the rage right now and as you can see below can make a small panty dog look very pretty indeed!

The #Honor10 Dynamic Bokeh effect is all the rage right now and as you can see making a small dog look very pretty indeed! Click To Tweet 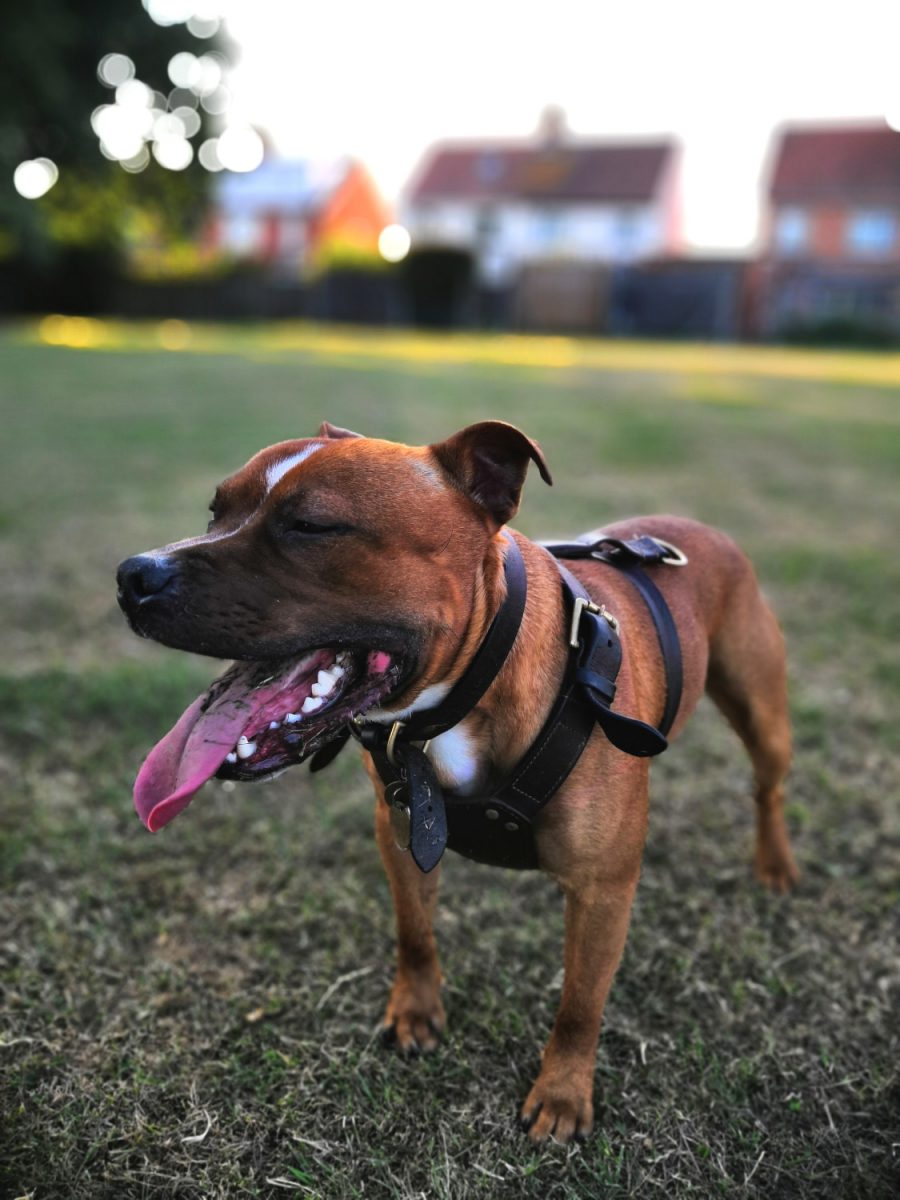 And I’m sure social media will be flooded with artistically blurry selfie photos from the Honor 10’s front-facing 8MP, F/1.9 unit which also offers four 3D Studio Lighting Portrait options, for professional like headshots. You can opt out of AI mode easily which boosts the resolution of the rear camera to the full 24Mp and gives really very good results. The camera interface is quick and intuitive with plenty of fun options in AI mode and a powerful regular camera for capturing less filtery images. UHD 4k Video quality is likewise excellent and since the GPU Turbo update can take super slow-mo HD footage at 480fps a feature very similar to the latest Samsung Galaxy S9+.

Confident in the new camera’s abilities Honor and Central St Martins recently celebrated the ground-breaking new AI & Photographic capabilities of the Honor 10 with the talented up and coming young designers graduating this year.

@Honorglobal wanted to ensure I got the latest Android 8.1 and EMUI 8.1 updates for this review so I am testing #Honor10 at its absolute best Click To Tweet 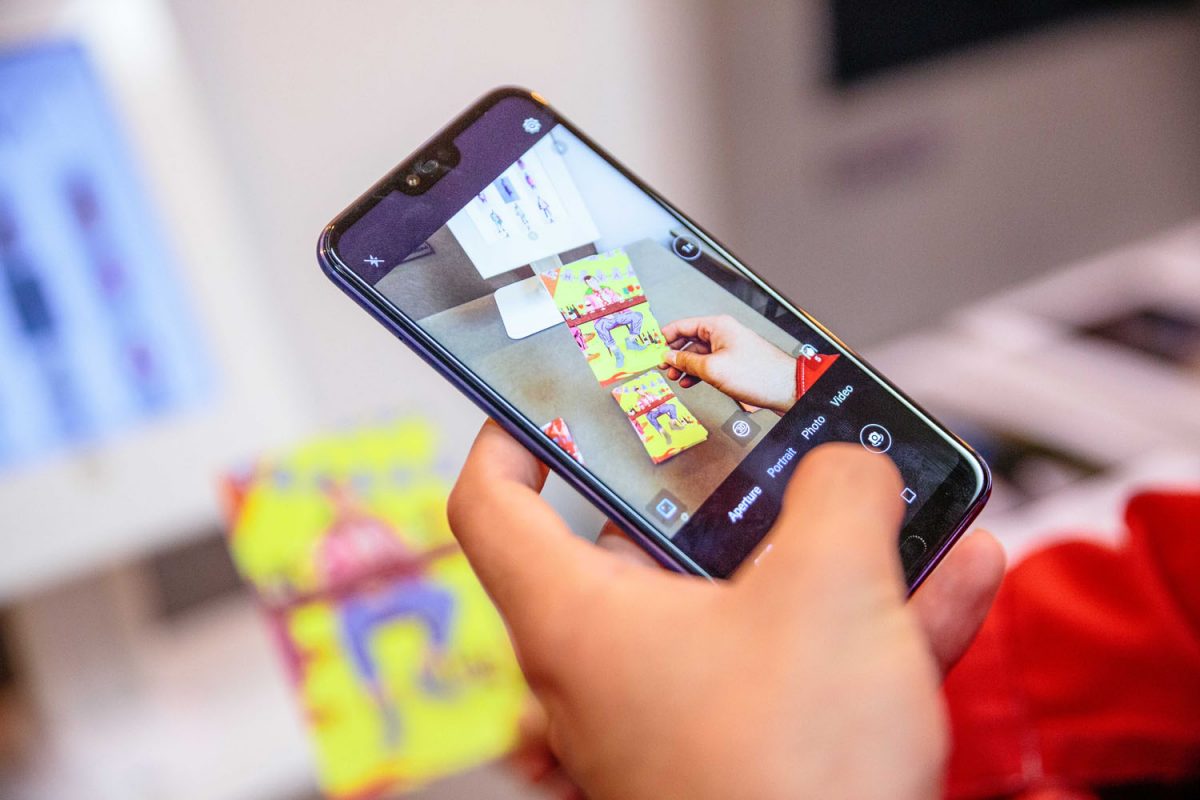 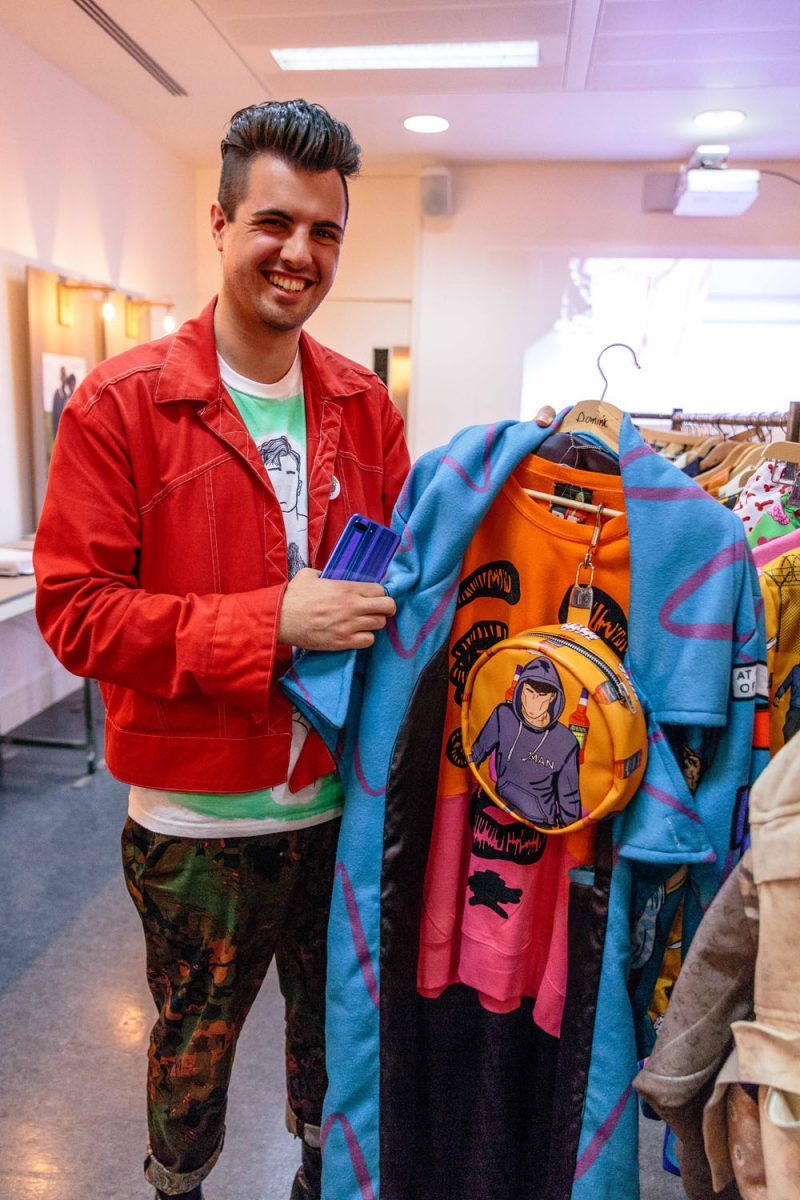 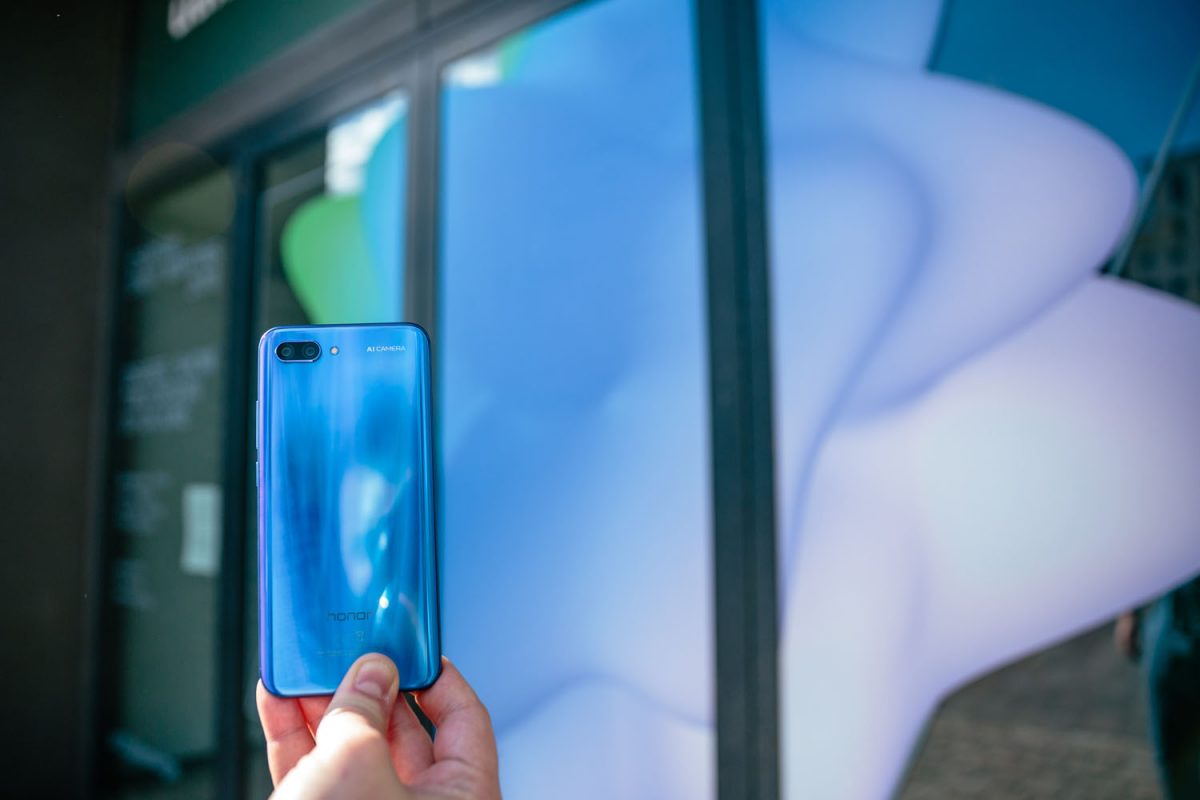 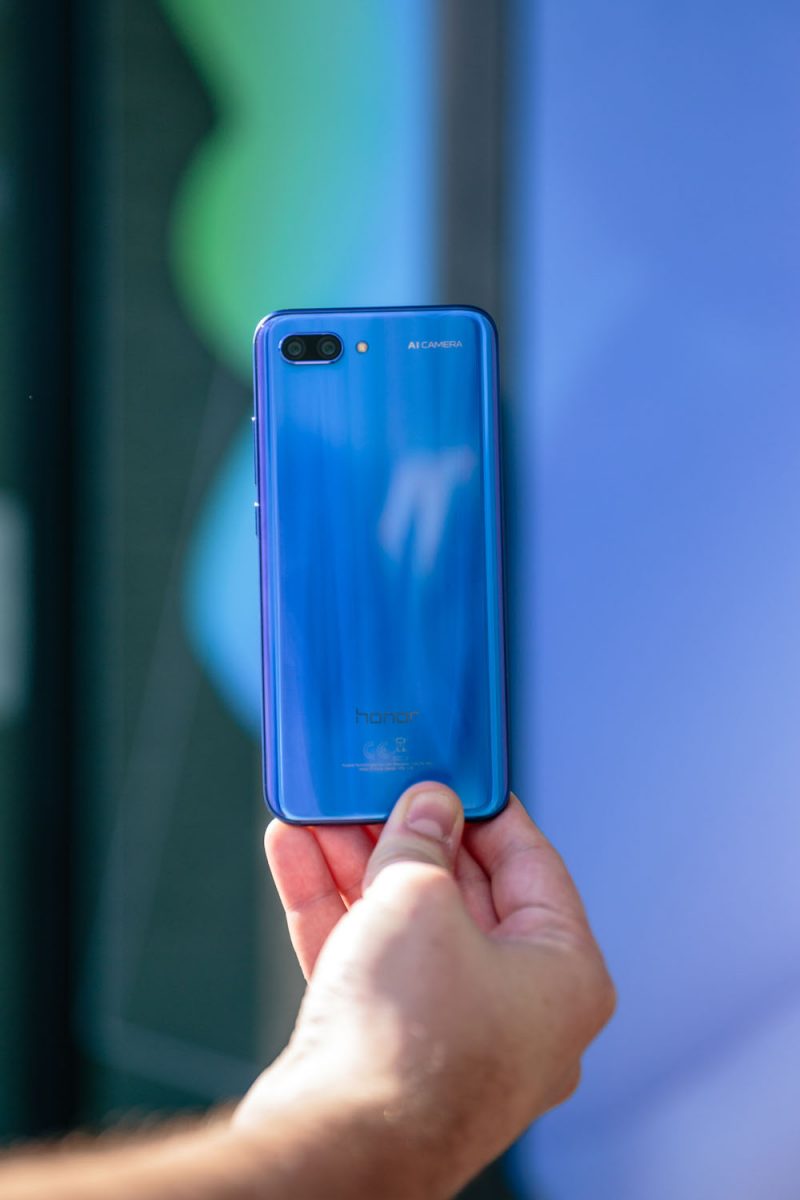 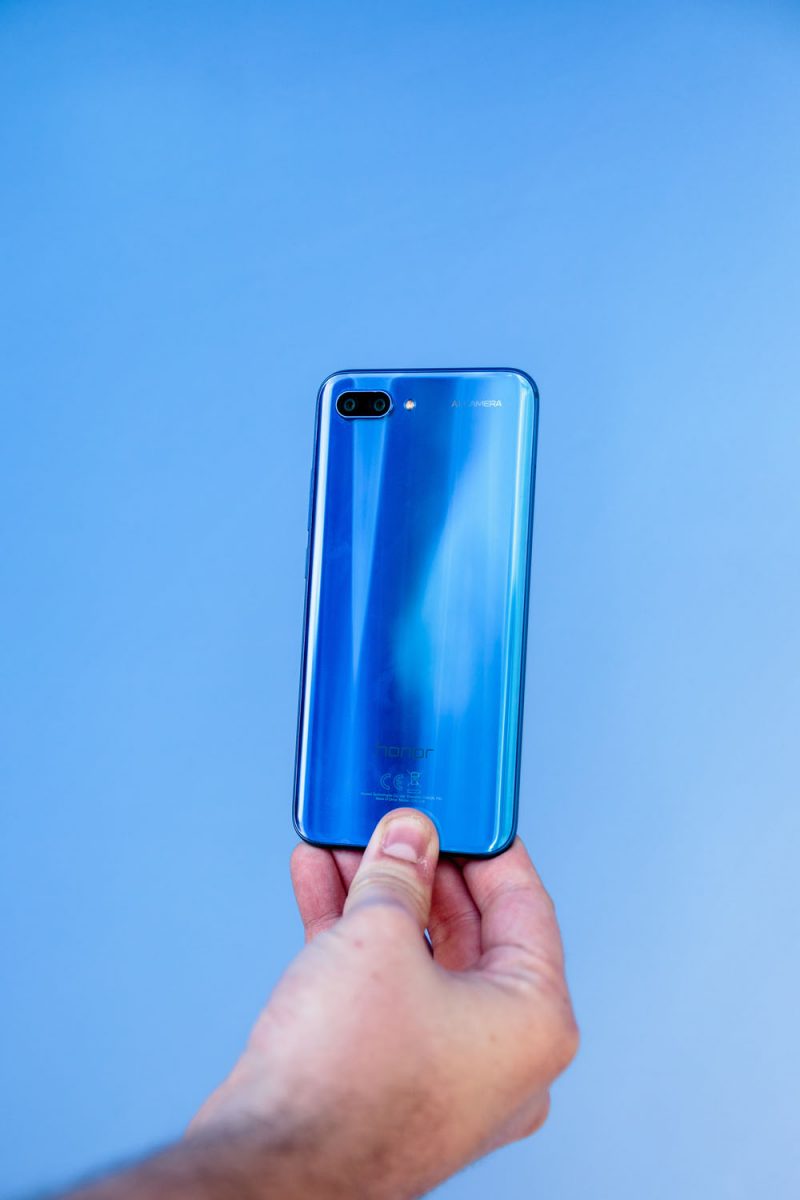 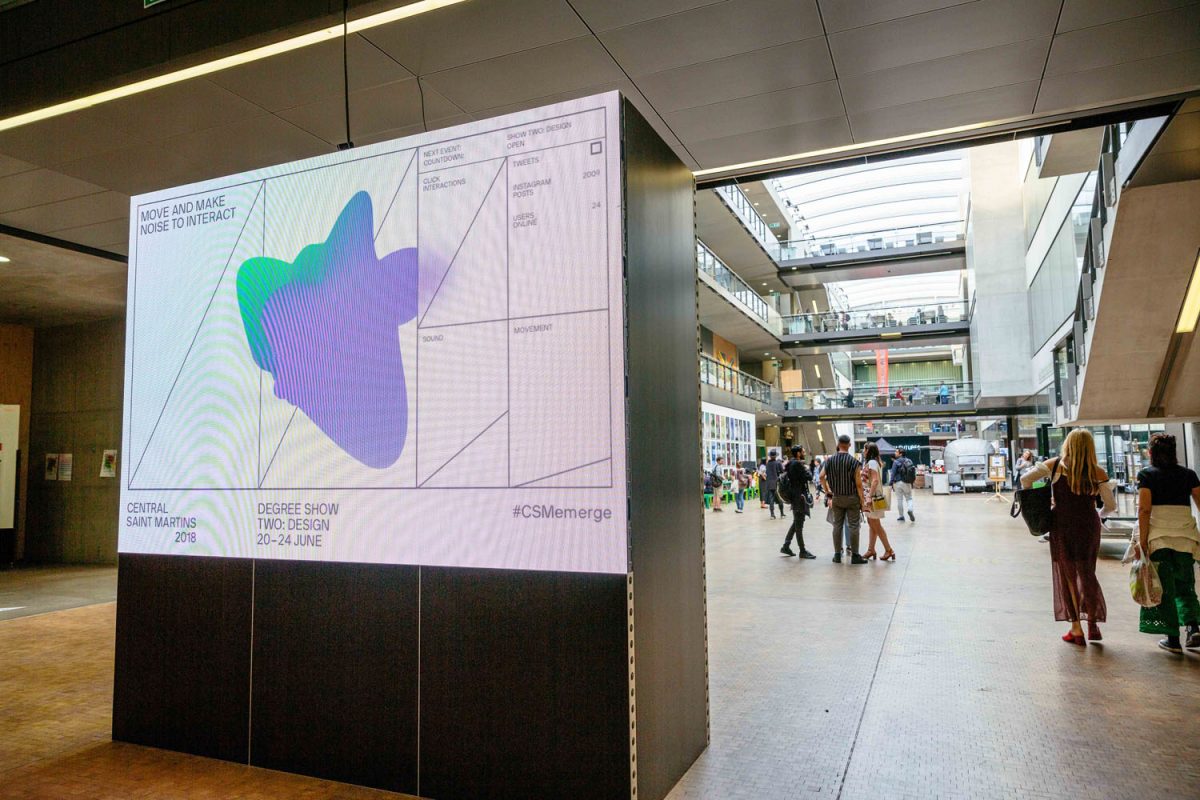 The #Honor10 handset itself is beautiful with a very cool layered, refractive glass back that shines and changes colours as it moves Click To Tweet

The 3400mAh battery will give you a full day, which is average but totally usable and not a negative in the current marketplace. It also features fast charging which will give you a 50% battery boost in only 25mins. I have tested this and it worked well. After a 9am start, I often get to bed in the early hours of the morning with only 5% left (without recharges) but that is still better than a lot of phones, Hem Hem, Apple! The handset itself is beautiful and the CMF or “ Aurora Glass” design is a 3D glass back with a very pleasing nano-scale optical coating composed of 15 bright glimmering layers that shine and shift colours as it moves. Another nice note is that a basic clear case is included in the box! Plus the handset came with a preinstalled screen protector, so no frustration and bubbles adding one yourself. 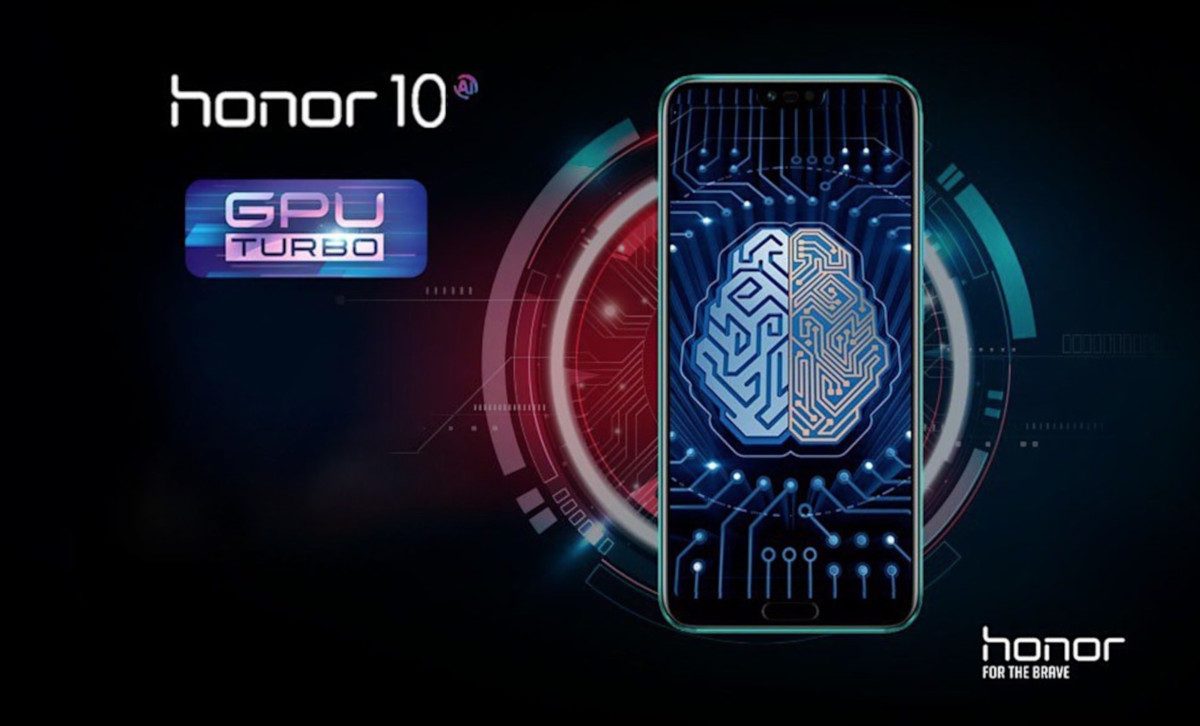 EMUI 8.1 on the #Honor10 is fast, slick and fun to use and importantly the AI camera is very good Click To Tweet

128GB of internal storage makes up for the lack of a Micro SD card slot and the only niggle I have with this device is the crap Ultrasonic fingerprint sensor, awkwardly located at the bottom front of the screen. I regularly use Google Pay + NFC so need to have the device properly secured and unlocking it with this sensor is a pain in the butt. Both Huawei and Honor phones use a much cheaper fingerprint sensor which works much quicker and being located on the back of the handset meaning no finger contortion to access it. However, this is a minor drawback to an excellent smartphone.

UPDATE: Honor has just released an EMUI update (.146 C432) to address the slow fingerprint reader and indeed it does seem to be a bit quicker now!

The only niggle I have with this device is the crap Ultrasonic fingerprint sensor, awkwardly located at the bottom front of the screen Click To Tweet

Launched in London within a week of each other the Honor 10 is competing against the new OnePlus 6. Following the release of the OnePlus it has suffered from several serious software issues which have had to be patched and then repatched. The OnePlus 6 boasts a slightly bigger screen and a rear-mounted fingerprint scanner but only has a 16Mp camera and the OxygenOS seems to have issues causing excessive battery drain and other bugs such as dropped calls seem to be common.

The Honor 10, on the other hand, has been rock solid for me with the recent GPU Turbo update making things feel even tighter and more fluid in use. Honor claims this update could boost your gaming performance by up to 60% but maybe because this phone is already an excellent and quick device I tested only about a 10% bump in speed and frame rates. After running multiple GPU tests I could only see a small increase in performance on the Honor 10 but have no doubt that older or lower spec devices will see more of a benefit with GPU Turbo. However, there is no doubt that this update made the handset feel smoother in use and generally quicker, no complaints about that!

I also noticed that AR & VR was super smooth and really impressive on the Honor 10. With this update, it definitely has the grunt to manage the GPU heavy processing these new technologies demand and despite being only FHD the screen is detailed with great contrast. Only a 4K screen would do any better when 1.5 Inches from your eyes in a VR headset and frankly I have never tested a 4K screen on a smartphone that could keep up with any decent VR experience, too many pixels to push so an FHD screen definitely delivers a more pleasing and less juddery experience even if it is a little bit more pixelated than 4K. 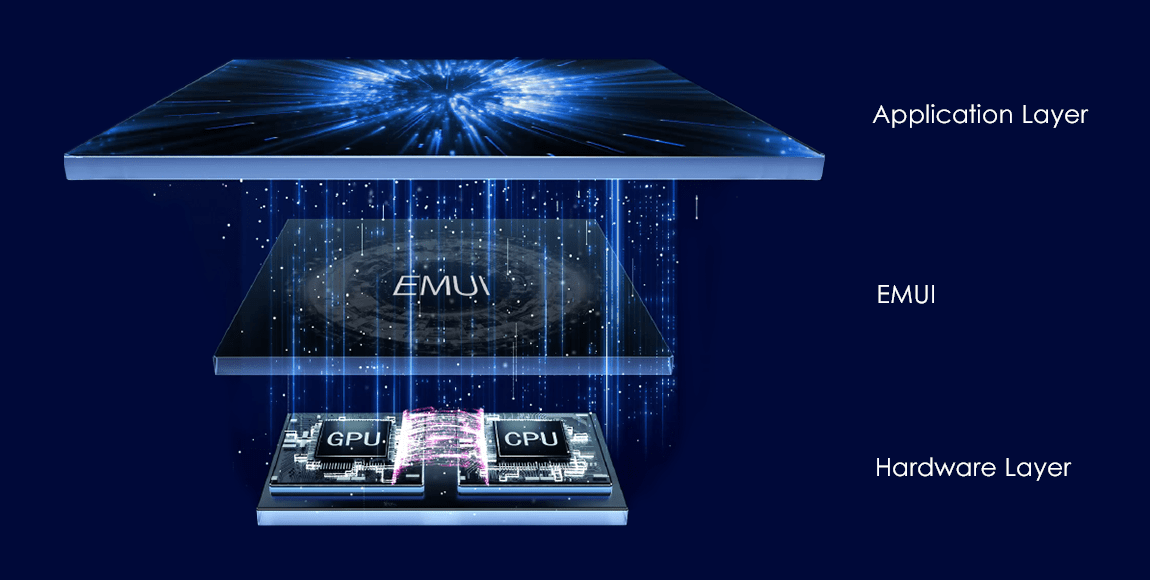 When compared to the Samsung Galaxy S9+ in my recent review this mid-priced Honor handset blew the £869 S9+ out of the water in UI speed and fluid user experience and matched it for battery life. What more do I need to say? The Honor 10 is the definition of a bargain and is now available for £399.99 for purchase in select markets including UK, France, Germany, Italy and Spain, with other markets follow.

Flexispot Adjustable Standing Desk Pro Series Standing desks are all the rage now and I...

Summer is here and July’s product reviews are mostly devoted to mobile audio tech to...

Here are April’s techy bits and bobs for your nerdy delectation. PetSafe Stay and Play...