Pi-top is a start-up making affordable, cool-looking computers for schools, which kids can build themselves while learning coding, electronics, and a whole lot more.

In my latest article for IDG Connect I explore how creative hacking and the Maker Movement have gained momentum in recent years as more people recognise there’s a skills crisis that has to be urgently tackled if we’re to not only cope, but thrive, in the digital economy. 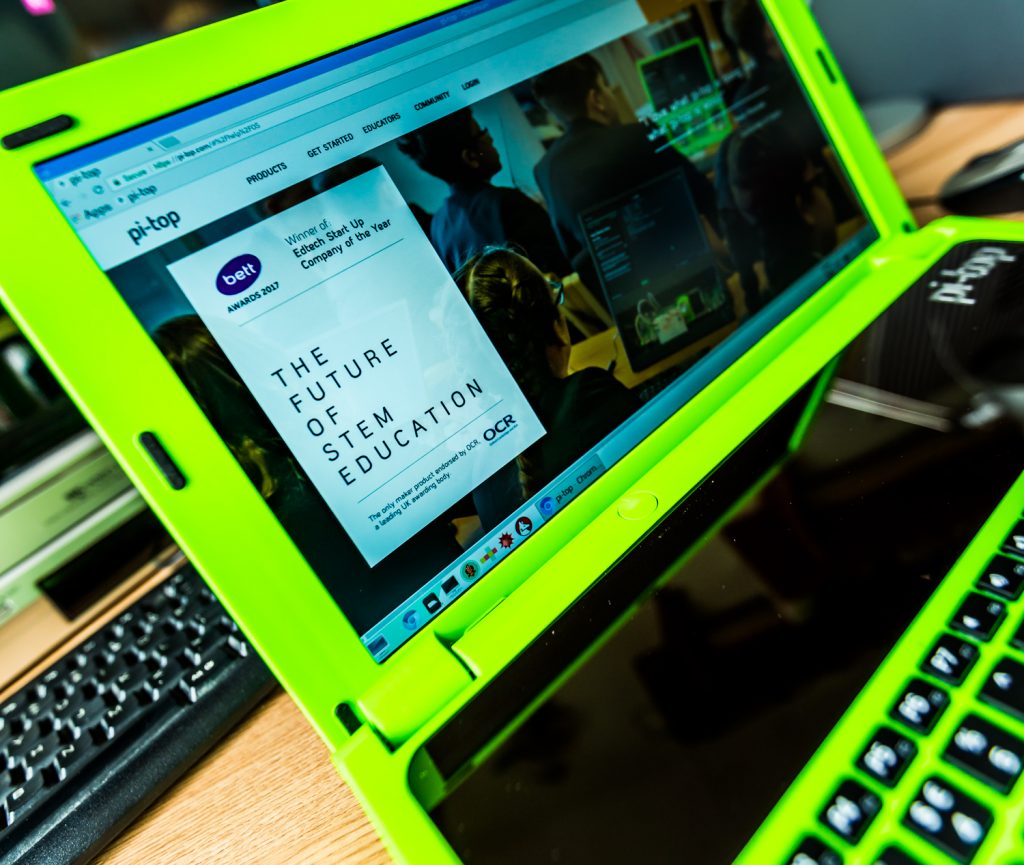 The concept of Creative Hacking is something that a lot of technology startups have been exploring in order to address the increasingly pressing issue of the widening digital skills gap. This essentially refers to the problem that not enough children are learning the skills they need at school to function in—and contribute to—the digital economy.

This was, in fact, one of the hot topics of debate at the recent Global Education and Skills Forum in Dubai, where an initiative was launched to standardize that concept of “Digital Intelligence Quotient” and introduce it into the broader international curriculum. 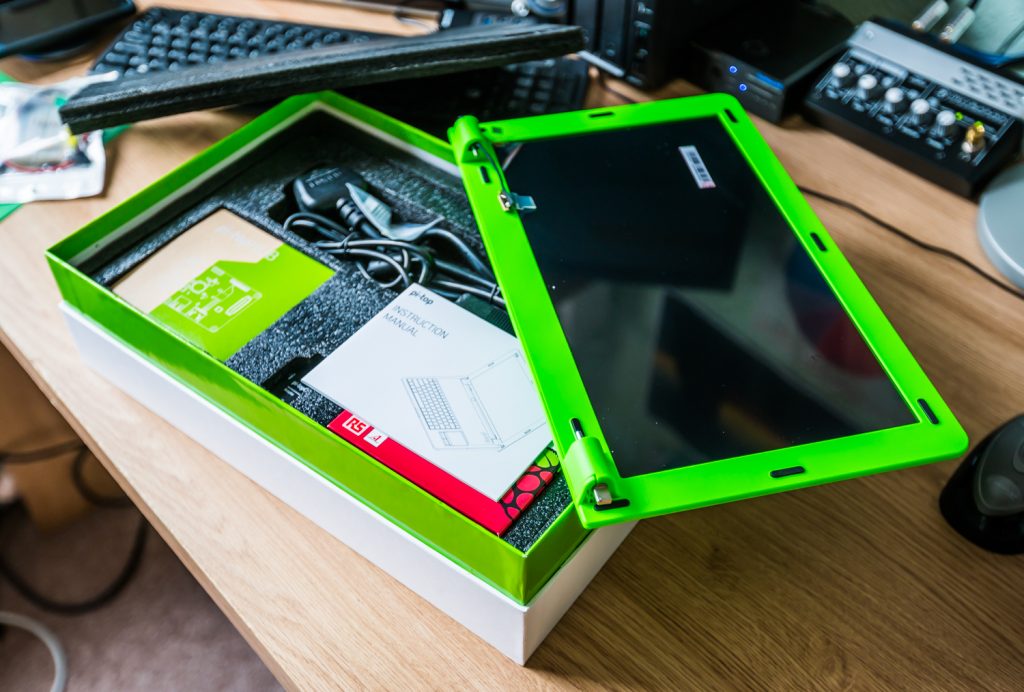 One startup’s DIY laptop could have us all be makers, by @alicebonasio from @CIOonline https://t.co/VpbnFmOvOi

This is part of a broader trend that recognises the importance of life-long learning and building of flexible skill sets, something that is embodied in the idea that technology is meant to be explored and played with, and that playing and learning are not just for children, but rather life-long activities. The Maker Movement and the proliferation of Makerspaces are prominent example of how this works in practice, as is the growing popularity of hackable hardware specifically geared towards education, such as the pi-top computers, which I recently had the opportunity to test firsthand.

Pi-top is an EdTech startup that launched in October 2014 and sold over 11,000 units of its DIY laptops, working with more than 500 schools so far. They raised over $400,000 through crowdfunding and $4.3 million on a series A Round and were finalists for two BETT awards.

Pi-top’s ambition is to provide schools with affordable coding hardware that is also flexible. The main issue with IT spend in education is that the hardware quickly becomes outdated, but this modular approach ensures that the devices remain easy to upgrade. They are also working to support this with a cloud ecosystem of resources where teachers can share and download lesson plans with one another building a collaborative, evolving coding curriculum.

The pi-top is, as the name suggests, a laptop powered by the Raspberry Pi. It runs on its own operating system—pi-topOS—which allows all the functions one might expect from an off-the-shelf laptop—such as web browsing, emailing, editing text documents and gaming, which makes it accessible at its $200 price point. But apart from the end product itself, its biggest selling point is the education-enabling potential it offers students. Through the process of building the device, children learn the about the basic architecture of the computer, then go on to customize its modular structure with add-ons to make it suit individual needs. It also makes upgrading a lot more affordable, as a new microprocessor can be installed for $30, much cheaper than buying a new device, especially considering how schools have to constantly upgrade multiple units.

Code clubs are using the devices to create computing lessons on its custom-made coding platform CEEDuniverse. It teaches those skills through gamification, encouraging children to “mine” for resources to progress throughout the game, solving visual programming puzzles to unlock the next levels. This teaches all the basic coding concepts in languages such as Python and Scratch in an engaging way, such as creatively composing music, for example. The coder interface also allows all Raspberry Pi resources and worksheets created by educators to be shared around the world.

So, how did I, a non-technical person, get on with building my very own laptop? I was able to not only do it, but enjoy the process:

This was fantastic fun and the instructions were very clear, suitable for someone who has never build a computer before. I quickly got familiar with all the various circuit boards and cables and how they were supposed to come together. The screen is great quality and the keyboard is adequate, but the mouse pad is a little bit difficult to use, so it benefits from an external mouse, particularly when scrolling. The case is hard-wearing and a lovely bright shade of green that would appeal to children I’d imagine, although I really liked it too. The slide-out top section is amazingly effective, safely covering the internal components when you need and giving easy access to them for whenever you need to do some extra tinkering. The battery life is also very good, up to 12 hours depending on how many programs you have running, which beats my much more expensive MacBook by a long way. The only oddity there was the lack of a battery monitor on the dashboard.

The pi-topOS comes installed on a micro SD card and booted up first time, connected to my W-Fi without issue and I was off and running. It comes preinstalled with essetials such as a chrome browser, basic office apps and of course a good selection of engaging learning tools. All these can be accessed on the attractive and familiar feeling desktop or through the pi-topDASHBOARD which is a neat smart phone style interface and a good starting point to begin exploring the pi-top’s capabilities. The only limitation is that it is very much meant to be used in a classroom context. It is perfectly possible to get a lot of learning and fun from it by yourself, but to get the full benefit of the learning tools, you do need the guidance of a teacher. The educational software is very diverse and offers everything from learning through gaming and game design to organized step-by-step coding tools where you can learn, test, debug and validate code.

The speaker is truly plug-and-play and allows the laptop to play media, while the pi-topPROTO is a great little breakout board, essential for physical computing lessons where you add and program lights, switches and circuits because the Raspberry Pi’s native GPIO header pins are used to run the pi-top. The PROTO duplicates these pins plus adds a load more possibilities for creative learning with well labelled connections for soldering on components and includes standard 5V, and 3.3V plus 18V power connections.

If we are to educate the next generation to understand technology and leverage digital skills creatively, then this is exactly the sort of tool that needs to be in every classroom. The good news is that startups like pi-top are making this not only possible, but much more affordable and rather fun. It sort of made me wish I were back at school, as I would have really enjoyed learning about computers if I had been allowed to play with them. 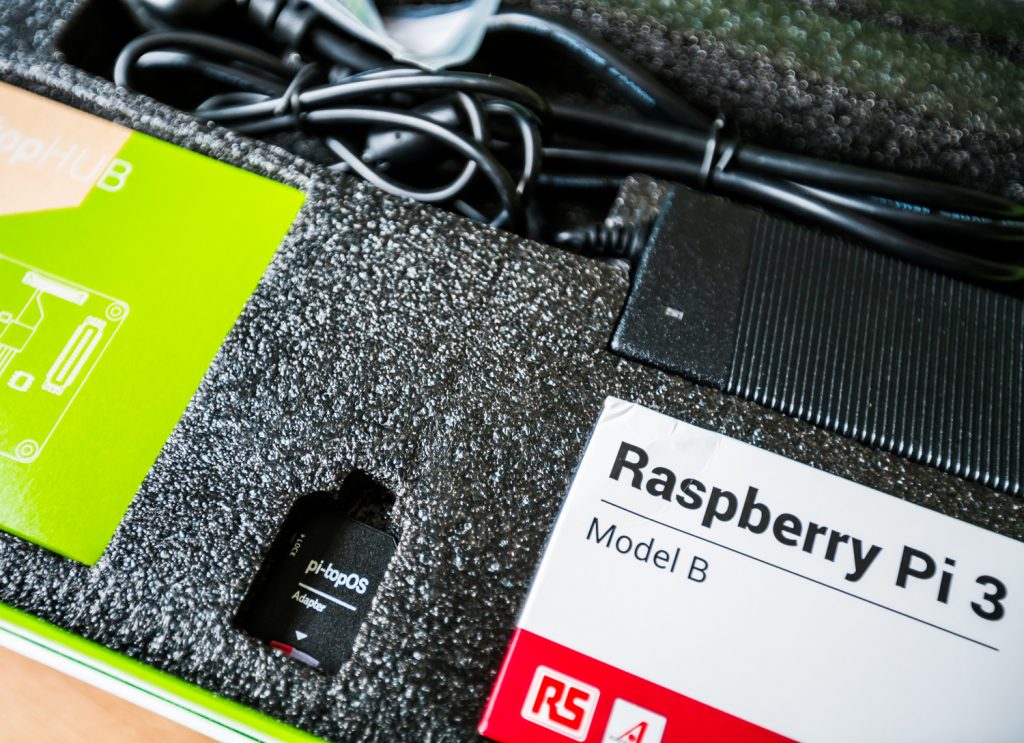