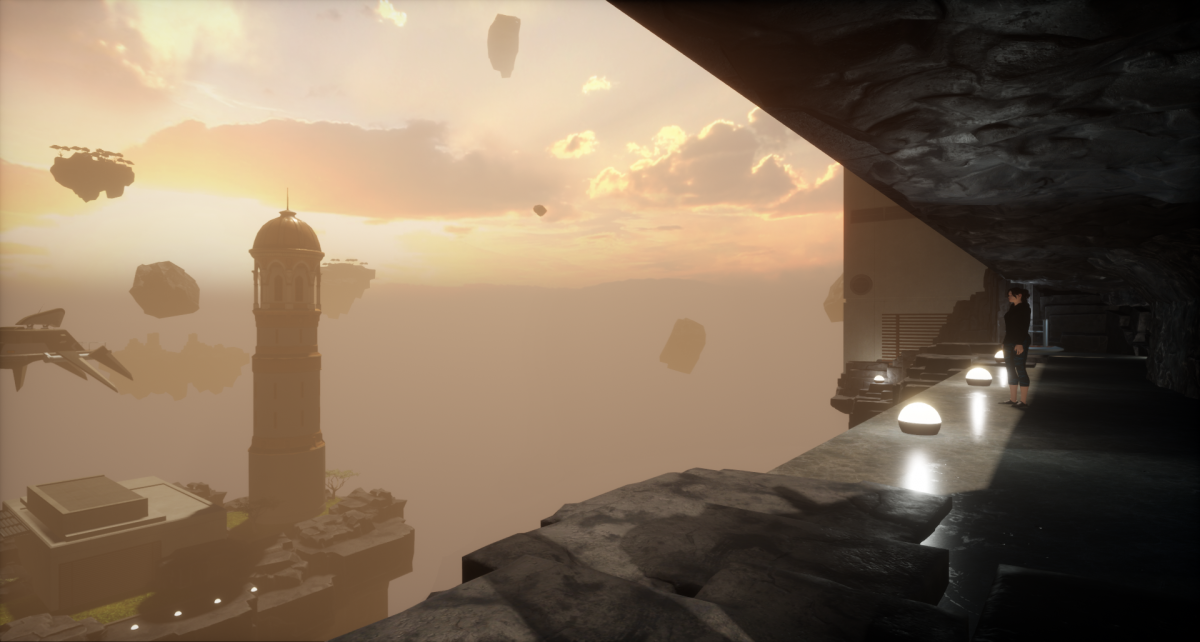 What now feels like a very long time ago (it was in fact only April 2016, but VR has come a long way since then) I met Linden Lab CEO Ebbe Altberg at their San Francisco HQ to chat about what was then called “Project Sansar”, their ambitious social VR platform.

Much like “The Facebook” in tech less is often more, so the “Project” bit has since been dropped, and Sansar has now opened to the public in Beta following a closed creator preview earlier this year.

Until now, complexity and cost has limited who could create and publish in this medium, and Sansar dramatically changes that.

explains Altberg, who says he’s now looking forward to an “explosion of creativity”

We wanted to make Sansar available to everyone as early as possible, and there are still a lot of features and capabilities that we’re excited to add to the platform soon, as well as many improvements to the current featureset.

Which is all very well and good, but, to be perfectly honest, it still looks damn sexy (not in a naughty way, although that might well come soon). Over the past year I’ve seen a lot of these platforms popping up – many of them with amazing potential – but their wow factor usually hinges on the immersion of VR itself rather than the visuals.

Sansar, however, definitely stands out in terms of slick visuals and functionality. It doesn’t feel half-baked, and this is due not only to the stunning environments, but to the avatar features, which – thanks to a partnership with IKINEMA – incorporate full-body Inverse Kinematics to enable avatars to mirror users’ full-body movements. Additionally, Speech Graphics sync facial animations automatically to match speech patterns, all of which goes a long way towards enabling much more natural social interactions in VR.

Avatars that move naturally are important to the quality of the social experiences users can create and enjoy on our platform, and integrating IKinema’s tech helps us to deliver that without requiring any peripherals beyond VR hand controllers.

A lot of work has gone into getting Sansar to this stage – Linden Lab has a dedicated team of over 70 people working on the platform, and development has been on-going for several years – but in order to fulfil their ambition to become the dominant platform in the VR space, they are counting on two very unique advantages:

It is able to self-fund the platform’s development, and the source of that funding is also the longest enduring “metaverse” out there, Second Life (SL). And means they have a lot of data on what works – and doesn’t – in the virtual world.

After 15 years – a veritable lifetime in tech terms – SL is still going strong with about a million users, consistently generating real-world profits for Linden Lab and giving it access to a very engaged creative community, many of whom are very excited about Sansar as Gray confirms:

There’s been strong interest in Sansar among Second Life users since we first announced the project. “Many SL users are thrilled by what they can create today and are loving the many compelling Sansar experiences that are already available to explore.

It’s tempting to think of Sansar as a sort of “SL 2.0” but it wants to be much more than that. To capitalize on the new wave of enthusiasm for Virtual Reality, this new platform needs to become accessible and intuitive in a way that SL never really managed to be. One of the key obstacles which stalled the platform’s growth was its steep learning curve – which suited the hardcore community but put off casual users – and the difficulty of sharing content outside the platform itself.

With Sansar, however, people can go directly to whichever experience they want, says Gray. Each of these hosted multi-user experiences has a unique link that can be shared with whomever the creator wishes. Via Facebook, Twitter, email, blogs, etc. and viewed either with VR headsets like the HTC VIVE or Oculus as well as on desktop mode on PCs. Each instance of an experience is currently allows 35+ concurrent avatars, and automated instancing will enable creators to reach unlimited audiences, says Gray:

Let’s say you’re an educator interested in space exploration. You can click a link to visit the Apollo Museum experience that LOOT Interactive created with Sansar, and you’ll go straight there. You might then choose to browse the Atlas directory and find a social VR basketball game that looks fun, or an immersive art experience that intrigues you, and could invite friends to join you there. If instead, fantasy roleplaying and VR horror experiences are more appealing, you can go right to those.

Sansar operates a freemium model, where users can join for free but extra support is available to creators via subscriptions starting at $9.99 per month. It has a drag-and-drop editing interface that makes it much easier to create scenes either by importing assets from common 3D modeling tools or purchased from the Sansar Store.

Monetisation is a key part of their strategy, which makes sense considering Second Life’s successful track record in making a virtual economy pay for both itself and its users. They created a marketplace called the Sansar Store Creators can sell virtual objects – thousands of items are already available to purchase in Sansar Dollars (S$) – but in future Linden will also enable users to sell, rent, or charge for access to actual experiences.

But which among those thousands of experiences published so far have most caught the eye of the team at Linden Lab? VP of product Bjorn Laurin is partial to the Apollo Museum experience and Grey couldn’t quite decide between Little Giant – where you can share in the colourful imagination of a 3-year old child as her toys literally come to life – or Secrets of the Worldwhale where you walk up to a wizened old rat to begin an adventure exploring “an eerie world on the back of an ancient whale and discover hidden treasure.”

Altberg, however, choose as his personal favourite a project spearheaded by Second Life veteran Draxtor and Ria (who also created the Little Giant experience). 114 Harvest is a collaborative storytelling project about a quaint little town that harbours a dark secret, and the potential for developing such collaborations is evidenced by the fact that the 114 Harvest Facebook group quickly attracted nearly 1600 members. If this early interest is any indication, it seems fair to expect that Altberg might get that explosion of creativity after all