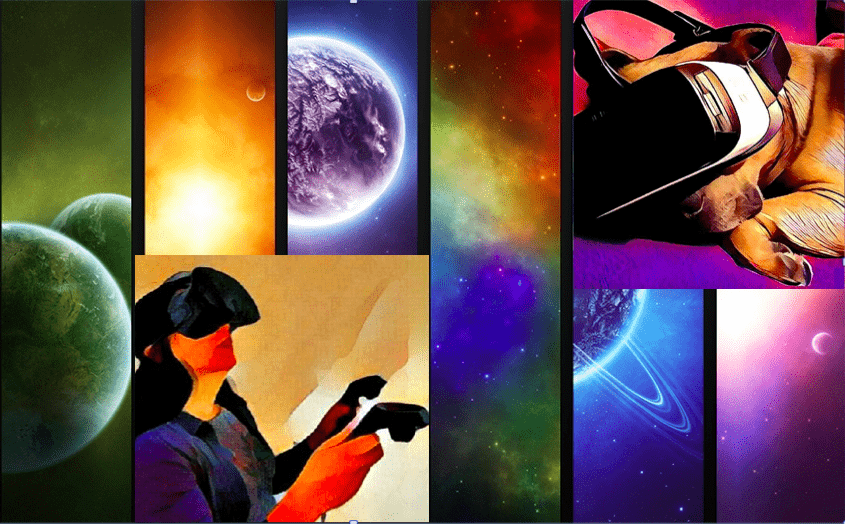 Virtual Reality gets a bit of a bad rep as an isolating technology. As with the early days of the Internet, it’s sometimes perceived as cutting people off from real contact with real people in the real world.

But in a digital age ruled by social media, where so much of our interaction happens online, what does “real” even mean? We’ve been redefining our identities and the boundaries between the physical and virtual worlds for decades now. Virtual reality is just the next step in that. But it’s a really big one.

In a webinar hosted by BrightTalk, I gave an overview of where VR comes from, the different types of content emerging for the medium today, and the categories of hardware that are used to view that content.

The idea was to then spend some time exploring how platforms such as Linden Lab’s Sansar and companies like Improbable will facilitate the move into user-generated content that will propel virtual reality into a truly mass market proposition. The structure of the talk followed this format:

Types of VR – A lot of different things get called VR, we look at the main ones

Hardware – There’s a lot of gear out there, I’ll give a quick tour of the main ones

Content – Some of the groundbreaking creative stuff already emerging

It was an ambitious ask to cover all that in 45 minutes though, so I did run out of time rather abruptly at the end, which you can see if you watch the webcast below or on the BrightTalk website .

Hopefully it did provide an introduction to VR to those who are interested in the subject. Hundreds of people signed up to watch it and feedback so far has been good, so perhaps we’ll follow up with another talk expanding more on the Social angle. In the meantime, though, here are a few of the concluding points which got cut off when I abruptly ran out of time at 48 minutes!

1 – Over the next few years, we’re going to see platforms emerging that will test different ways of blending the real and the virtual worlds. That will also shape new ways for people to interact with one another socially.

2 – Humans are inherently social creatures, and we already love sharing our lives in the digital world. Our YouTube Videos, Facebook baby news and Twitter memes will eventually be blended and transformed into VR experiences.

3 – The God-daddy of Media Theory Marshall McLuhan described the relationship between humans and machines as symbiosis. I’d argue that with Virtual Reality we’re going to see a new type of symbiosis emerge. What that will look like exactly, is anybody’s guess though. It’s too early to tell for sure.

As McLuhan also said “the medium is the message” but where the medium is as young – as least as a mass-market proposition – as VR is, the medium hasn’t had time to shape that message yet.

It’s going to be a hell of a ride