Some fans had the chance to contribute to the voiceover and have their artwork incorporated into the animation as a painting in the Moominhouse.

A campaign to fund an innovative Moomin animation TV series raised more than US$250,000 – over 127% of its initial target –  from 3,701 superfans. Supporters received perks ranging form postcards to an all-inclusive trip to Finland to visit the Moominworld theme park, Söderskär’s lighthouse and the Moomin Museum in Tampere.

The Gutsy Animations team behind the project includes creative director and executive producer Marika Makaroff; Oscar-winning director Steve Box; BAFTA-winning producer John Woolley and Emmy-winning writing duo Mark Huckerby and Nick Ostler. They will now start development of a cutting-edge 2D/3D hybrid technique, where characters are rendered in 3D in an environment with some 2D illustrative or painterly elements.

“We want the animation to be 3D in large part because the books are so atmospheric. As a reader, you can really sense the environment – it’s an important part of Tove’s work.” Explains director Steve Box. “3D will allow us to create a lighting and an atmosphere that has that same effect. We want to show the depth of feeling and experience within the original stories, but to retain a sense of the graphic/illustrative look of the original books. It’s something I’ve struggled to find any other examples of, which I think is because it has been so difficult to do before now. Thankfully, technology is catching up with these kinds of ambitions and the capability is now here.”

The much-loved creation of novelist, painter, illustrator and comic book artist Tove Jansson, Moomintroll is one of Finland’s biggest cultural exports with the original books having been translated into over 50 languages and the previous animation broadcast in 124 territories.

“Even though we are all familiar with the characters, this will be the first time they will have been created in 3D for the moving image. As anyone who has been handed 2D artwork and had to translate it into three dimensions will tell you, it’s not a straightforward process,” Explains producer John Wooley. “We spent a long time analysing the characters and identifying what drives them emotionally, what their strengths are and, just as importantly, what their flaws are. This will be reflected in the characters’ body language and consequently how they are rigged and animated.”

The production company already have buyers lining up to show the finished product, with Finnish public broadcaster Yle appropriately being the first one to sign an agreement to broadcast the first two series of thirteen episodes in spring 2019. They are also in talks with major networks in the UK, US and Japan, where Moomintroll is also very popular.

“We knew that a new television series would be hugely popular with Moomin fans, but we are completed bowled over by the excitement and enthusiasm that we’ve seen in response to the campaign,” says Marika Makaroff, CEO of Gutsy Animations. “We will now be able to give fans what they deserve – which is the most faithful Moomin animation there has ever been. We won’t shy away from the complexity and depth found in Tove Jansson’s original stories and the result will be a beautiful and heartfelt series that appeals to the whole family. We will be sharing new visual concepts, behind-the-scenes stories and clips as the production progresses and are so excited to take fans on this journey with us.” 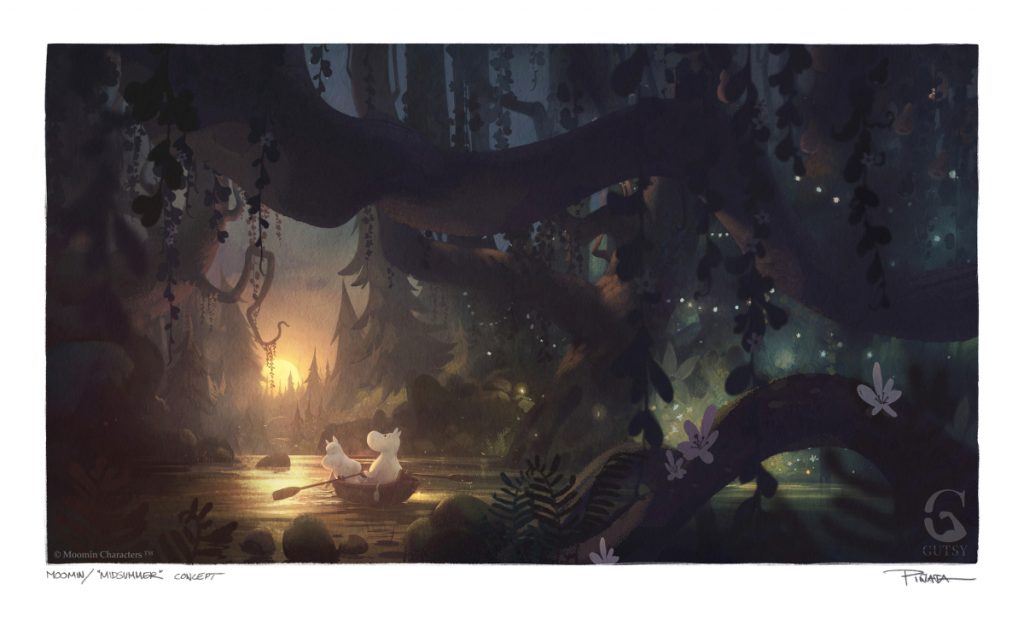 The animation is being developed with the full support of Moomin Characters, the business set up by Tove Jansson and her brother Lars to manage the Moomin brand. To this day Moomin Characters is run by family members with Sophia Jansson, Lars’s daughter and Tove’s niece, as Chairman of the Board and Creative Director. Sophia said: “Tove gave the inhabitants of Moominvalley the values of tolerance, love, respect, friendship and bravery – which are needed in today’s world more than ever. We’re very excited to have a wonderful team who shares these values bringing Moomin to life in a new way for fans young and old.” 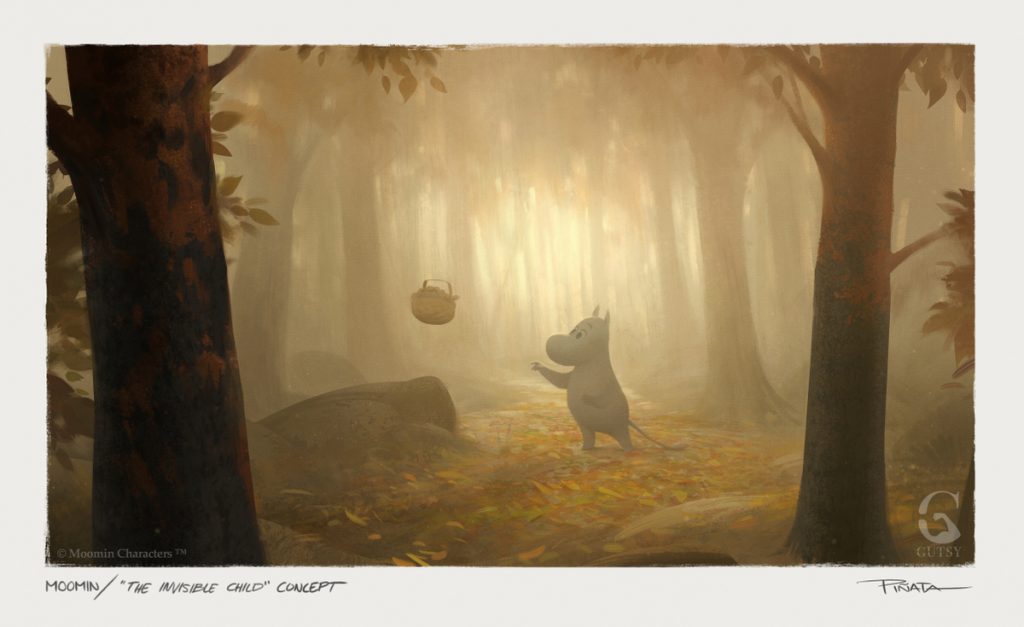 “As we wanted to have a Nordic influence in the visual development, we’ve been working with the Piñata team, based in Helsinki. They have an understanding of the changing nature of light across the seasons in the Nordic region that Steve and I don’t have,” adds Woolley. “We needed to communicate a surreal quality as well as an emotional subtlety in Tove Jansson’s work with a visual language of equal sophistication. A fully 3D built world with generic volumetric lighting wasn’t going to do that so we had to come up with something new.  The characters and foreground elements will be built in 3D but we will make extensive use of matte paintings much like backdrops in a theatre. The characters will then be surfaced and lit sympathetically with the environments.”