“Branded content is like the golden pot at the end of the rainbow: nobody knows if it truly exists, but it sounds so beautiful,” says Nicolas Alcala, CEO and director of creativity at Future Lighthouse.

The studio, which has offices in Los Angeles and Madrid, specialises in VR narrative and fiction, and is one of an emerging breed that operates at the crossroads of storytelling and technology. In addition to working with big brands such as Sony Entertainment and Fly Emirates, they have produced original VR content that has been screened at a variety of film festivals such as Raindance.

Now, their latest commercial campaign – BeefeaterXO – has also been nominated for a Tribeca X Award (one of only 10 finalists for the prize that recognises the best in branded storytelling at the intersection of advertising and entertainment), the first and only VR piece to have achieved this accolade.

BeefeaterXO takes viewers on an immersive journey inside the mind of culinary genius, Dabiz Muñoz, the youngest chef to achieve 3 Michelin stars. The 6-minute interactive experience allows viewers to visit Muñoz’s mythical interpretation of the cities of Mumbai, Venice, Bangkok, and London, all the while surrounded by enchanting sirens, fighting Cyclopes and fantastical creatures inspired by Ulysses’ Odyssey.

BeefeaterXO takes viewers on an immersive journey inside the mind of culinary genius, Dabiz Muñoz Click To Tweet The immersive experience employed over 50 actors and 60 technical and creative staff Click To Tweet This campaign, which first launched in January, proves that big brands can indeed use VR to engage consumers, but they have to be creative and ambitious in order to get it right.

The immersive experience employs over 50 actors and 60 technical and creative staff, took 5 days to shoot, and a staggering 4,000 hours of post-production to bring everything together. 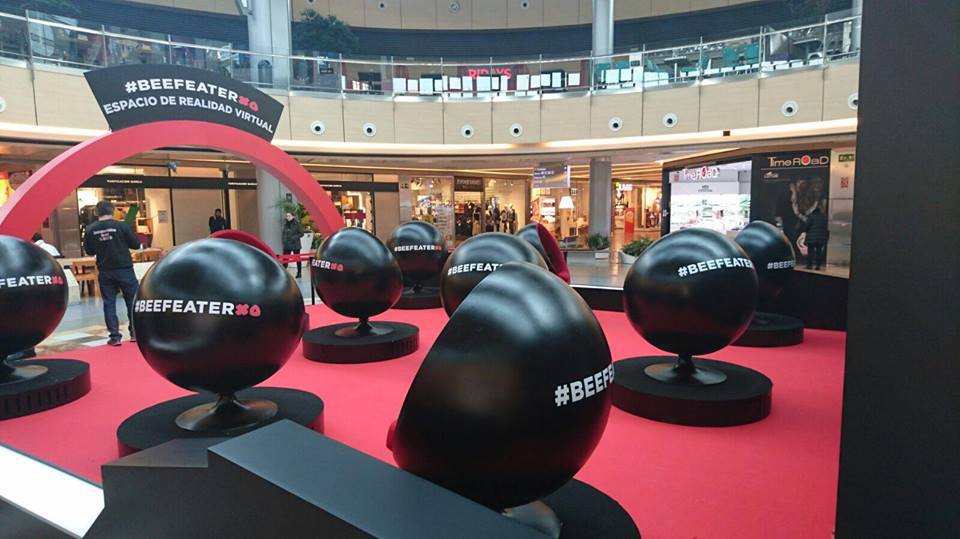 Beefeater committed a significant portion of its Q1 online spend into creating, launching and implementing the initiative, and the investment seems to have paid off in a big way. During the ten weeks it ran, the campaign attracted more than 20 million views and 75,000 interactions, as well as tens of thousands of downloads. Impressive metrics by any standard, especially for such a new medium as VR.

This campaign is helping brand and marketing professionals understand the power for VR in brand building,” says Raquel Alonso Movilla, senior brand manager of Beefeater. “BeefeaterXO is an integrated transmedia campaign designed to engage with people’s hearts; we wanted to transcend the common storytelling and create a real experience,” she explains

Alcala adds that such content is disrupting the advertising and marketing industry through cutting-edge virtual reality storytelling, and sees huge potential for brands to leverage the new medium creatively.

“It’s one of those moments in history when a brand decides to set a new standard and change how things are done,” said Nicolas. “It’s engagement and creativity taken to the next level, creating a new story world for the brand along with top level artists.”

The campaign was produced and created by Future Lighthouse with the help of VFX Entropy Studio and La Despensa advertising agency and was directed by NYSU. It is available for Oculus, Steam, Gear VR and in-app version for iOS and Android.

Looking to make an impact in VR/AR/MR? Get in touch about our Virtual Reality Consultancy services and see how this exciting technology can be integrated into your customer engagement strategy.