Believe that we’re still years away from Minority Report-like interfaces? Think again. At a recent Microsoft demo showcasing some of the latest work from its HoloLens partner agencies, I was rather blown away by what Rik Hepworth, the IT Director at Black Marble was showing off. 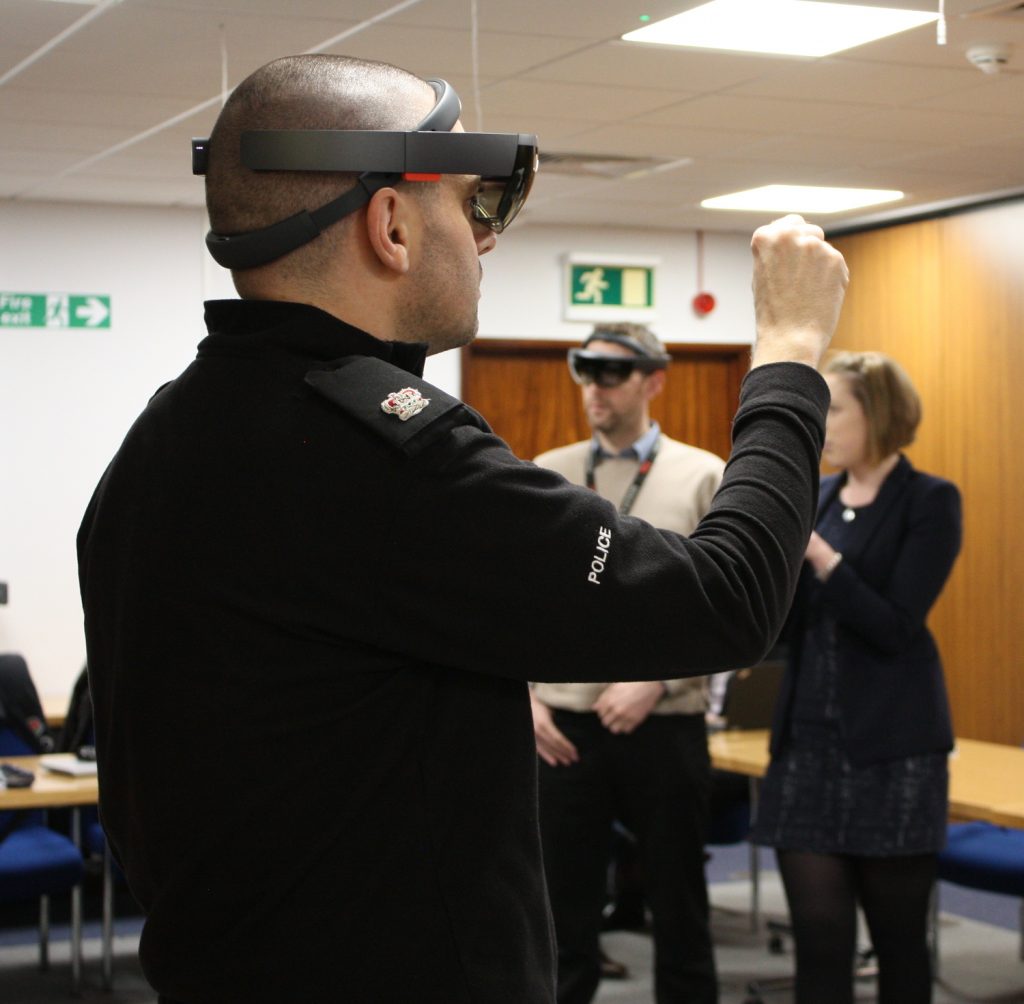 This was called tuServ, an application for mobilising Command and Control Units. It effectively allows police officers to produce holographic, virtual, mobile command and control centres, which can be dynamically deployed anywhere at short notice, and bring together all the available information in a way that enhances real-time information sharing.

“It brings together all the available elements onto an overall map view,” explains Hepworth. “You can then pull out individual pieces of evidence and reorganize them by resizing and dragging the skills around any room which you happen to want to make into a control room.”

Yet he makes it clear that they’re not out to replace existing Command and Control or Crime Scene systems, but rather to enhance, or – rather appropriately, augment – them.

TuServ was developed on Microsoft’s Universal Windows Platform (UWP), and is delivered across devices, including tablets, laptops and phones. It was designed in close collaboration with operational police officers, so is very much based on their practical needs, enabling improved accuracy and much more agile and efficient use of resources.

What this effectively enables is a fully functional Command and Control unit that can be taken and quickly deployed anywhere. Running tuServ on the HoloLens allows officers in a Command and Control scenario to view officers and incidents on a map interface, providing an overview of everything going on in the area. It allows officers to be assigned to incidents, communicate with their colleagues on the ground, and provides a dynamic live picture of what is going on at the scene in real time.

Not content with resting on those laurels, however, Black Marble got busy developing a Proof of Concept solution that enabled the capture of content at a Scene of Crime using the HoloLens, and I got to try it out first-hand.

Simply put, it creates a whole new way of approaching the scene of a crime, by enabling officers to place virtual markers and gather multi-media evidence without in any way disturbing the physical scene and potentially tainting the scene. Crucially, the captured object mesh ensures that everything remains positioned exactly where it was originally placed/captured within the room to give the investigator a real understanding of the scene, regardless of when they choose to revisit it. That sort of evidential continuity and collaboration is something that simply hadn’t been possible before.

Once you experience the boost in efficiency that using Mixed Reality can bring, it's hard to go back Click To Tweet 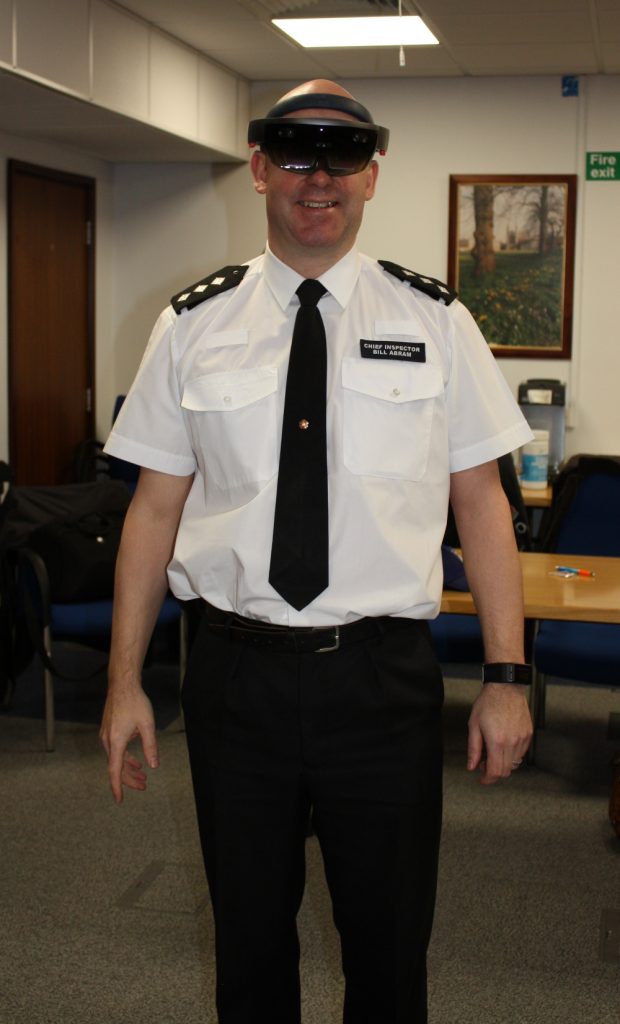 Whereas before investigators relied going back to printed and gathered evidence once the crime scene had been cleared, this application preserves that evidence in its original context and setting, allowing investigators to come back virtually to the scene of the crime at any time, viewing the markers they placed and all the evidence gathered not only by them, but by their colleagues.

“As a detective, I can say that its ability to scan crime scenes and create a mapped 3D version will allow for a reduction in cross contamination issues and allow for investigators to visualise in real time the scenes of major crime,” says Superintendent Nick Lyall of Bedfordshire Police.

That enthusiastic feedback is typical of what they have been getting from forces trying out both products according to Black Marble. In fact, during the demo they said that some crime scene investigators practically cried with happiness upon testing the functionalities it enabled. It also opens up huge potential for safely and consistently training new police officers in real-world investigative scenarios without compromising crime scenes or evidence in any way.

And as much as I hesitate to use the word “fun” in the context of Crime Scene Investigation, it is definitely safe to say that I was impressed. Like so many Mixed Reality applications, the immediate gains in efficiency are so remarkable that once you experience them it’s incredibly difficult to imagine how you ever coped without it. Which is why we’re particularly thrilled to share the news that Tech Trends will be attending Microsoft Build 2017 in Seattle in May. Watch this space for more exciting Mixed Reality news!

Looking to make an impact in VR/AR/MR? Get in touch about our Virtual Reality Consultancy services and see how this exciting technology can be integrated into your brand strategy.