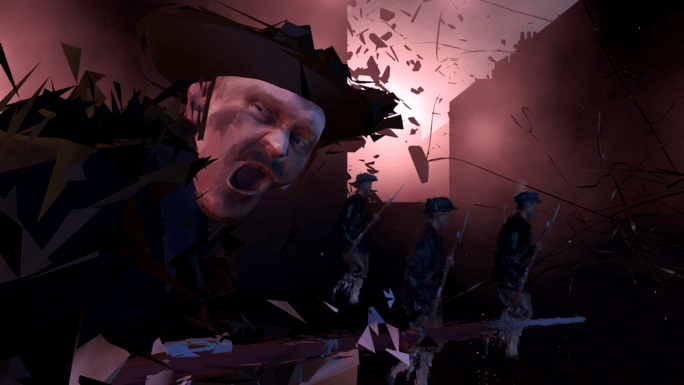 VR is an entirely new medium, however, with rules of its own that need to be discovered, tested and codified before we really experience its full glory. The National Theatre in London started pioneering VR content production in 2015 with its fabulous wonder.land experience based on the musical inspired by Lewis Carroll’s Alice in Wonderland (albeit with a distinctively modern twist).
VR is an entirely new storytelling medium Click To Tweet

I talked to the NT’s Head of Digital Development Toby Coffey about that project a few months ago, back when wonder.land had been selected for the first ever VR selection at Cannes. He told me that in spite of how the project had been done on a tight schedule and relatively low budget, it received overwhelmingly positive responses from the public, with over 90,000 taking part in the experience. This was clearly a rabbit hole worth exploring.

Which is how, on an extremely rainy British summer afternoon, I find myself in a modest room full of intriguing props and VR gear, in London’s traditionally arty South Bank district. My Virtual tour starts with revisiting wonder.land. It’s a different experience from the first one, where I had used the Samsung Gear headset while sat in Toby’s office. 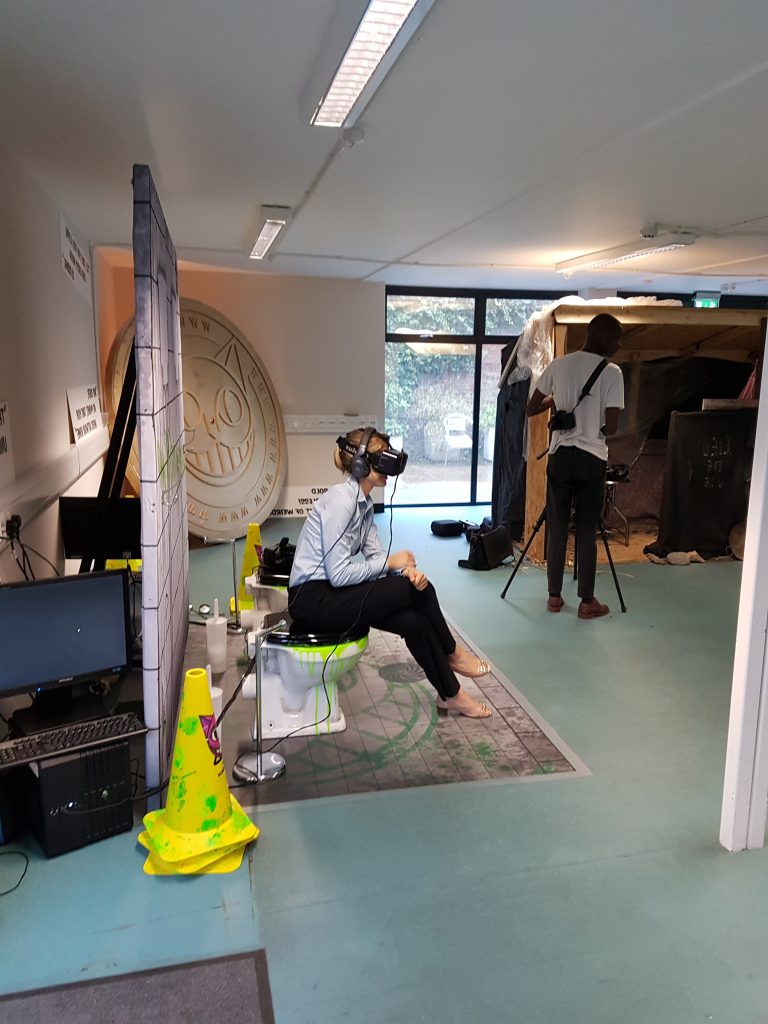 This time around, I sat on a toilet seat and used the Oculus, which afforded much sharper resolution and heightened interactivity due to its motion-tracking feature. For a few minutes I’m serenaded by an elusive Cheshire cat in a colourful psychedelic world. And if you’re wondering why one would do this sitting on a fake toilet cubicle, it ties in with the plot of the musical where Alice is a modern teenage girl being bullied at school. She locks herself in the school toilet in order to escape to an alternative reality – through her mobile phone. The Internet, as Toby tells me, is Alice’s own wonderland.

Next up is HOME/AAMIR, a film directed by Coffey himself, which transports the viewer to the Calais Jungle refugee camp, in all its visceral squalor. This is a longer, slower-paced, deliberately uncomfortable experience, where you have time to look around various shacks and makeshift streets of the encampment guided by the narration of a Sudanese refugee. At one point, as Aamir recounts the terror of making the crossing in a “plastic boat” there is no footage, just darkness and the ominous sound of waves. Later, you huddle with a group of refugees hiding inside a container hoping to make the crossing to England undetected. You can only see their eyes, by the dim light of a mobile phone. 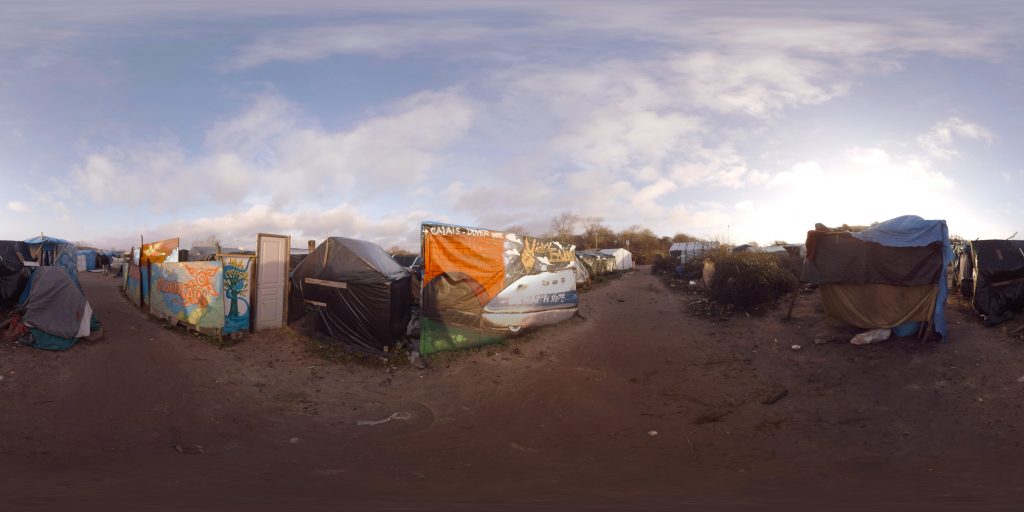 As with a lot of 360 video, the experience is sometimes a bit jarring, but it definitely showcases the potential of the medium to create a heightened sense of empathy. The fact that I can focus on random details such as a tattered piece of tarpaulin fluttering in the breeze or the open door of a filthy portaloo as it swings backwards and forwards makes it feel a lot more real, and I’m therefore much more able to imagine the horror of what it is to live that existence. 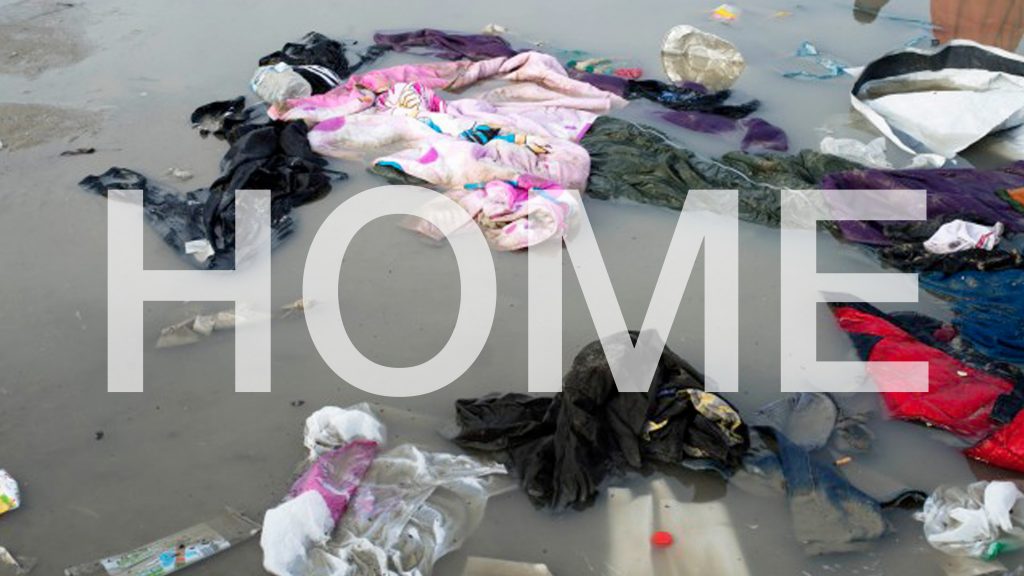 It’s all quite intense, so while I’m waiting for my turn at the next experience – which centres around the Easter Rising in Ireland – I allow myself a quick pit-stop to decompress. There’s a HTC Vive setup in one corner and I’ve been meaning to try Google’s Tilt Brush for ages. Sometimes high expectations lead to disappointment, especially with such cutting-edge technology. Not so this time.

With VR all your surroundings become a malleable canvas Click To Tweet
They practically had to drag me away from what felt like the world’s best playground. Tilt Brush is a simple idea, brilliantly executed. In a nutshell you can use all your familiar digital design tools to paint in the 3D space around you. The textures, light, shadows and objects feel incredibly real and there is something utterly satisfying in messing about with those materials and colours. And before the technophobe crowd starts shouting foul about “what’s wrong with grabbing a box of paint and some brushes”, let me say that it’s an entirely different kettle of fish. It doesn’t replace other art forms, it creates an entirely new one. You cannot paint the air around you in real life, but with VR all your surroundings become a malleable canvas. You literally feel your mind and creativity expanding as you use it, and reassess what is and isn’t possible. One of the most interesting things about VR is that immersion really is not dependent on what you would normally associate with realism Click To Tweet

After reluctantly leaving my masterpieces behind, it’s time to experience Easter Rising: Voice of a Rebel, which was produced by BBC Learning, Crossover Labs and VRTOV. I sit at an old-fashioned desk installation and put on the Oculus (motion tracking is a key part of how the interactive narrative unfolds) to enter a highly stylized world which lets the user live the events of 1916 through the memories of one of its protagonists, Willie McNeive. 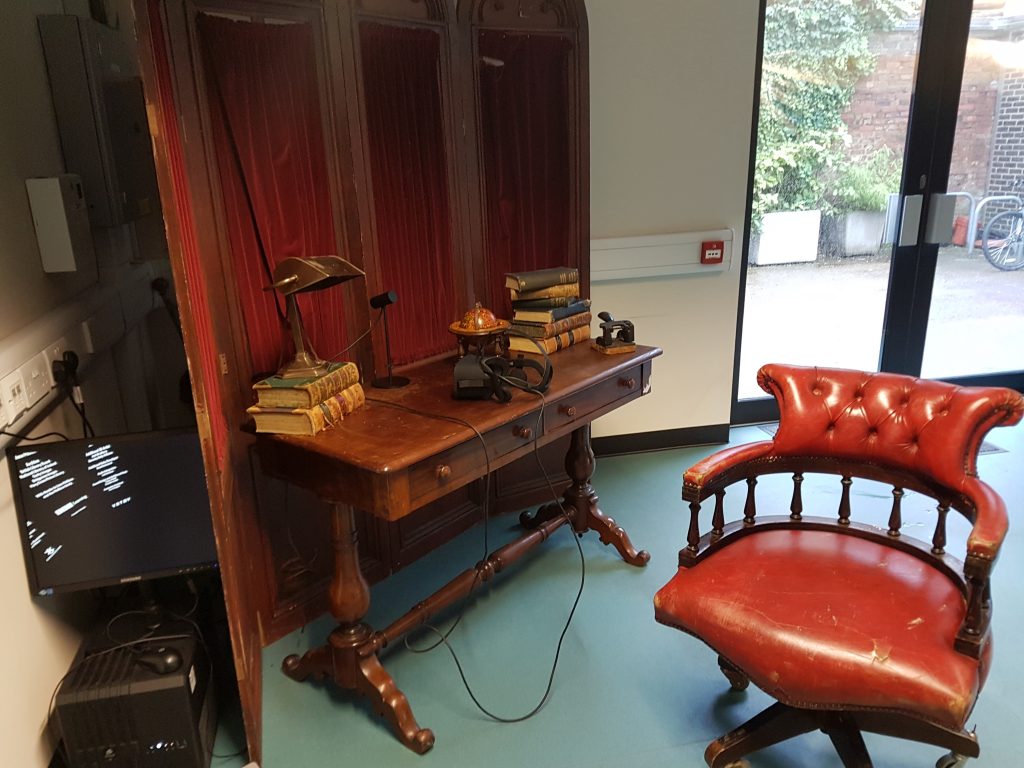 One of the most interesting things about VR is that immersion really is not dependent on what you would normally associate with “realism”. Photorealistic, sharp experiences can feel a lot more disconnected than ones using basic, cartoon-like characters. So even though Voice of a Rebel is in no way set in a “realistic” environment, the interactive triggers set in the story make me feel more invested in it than would have been possible through sound or video alone. 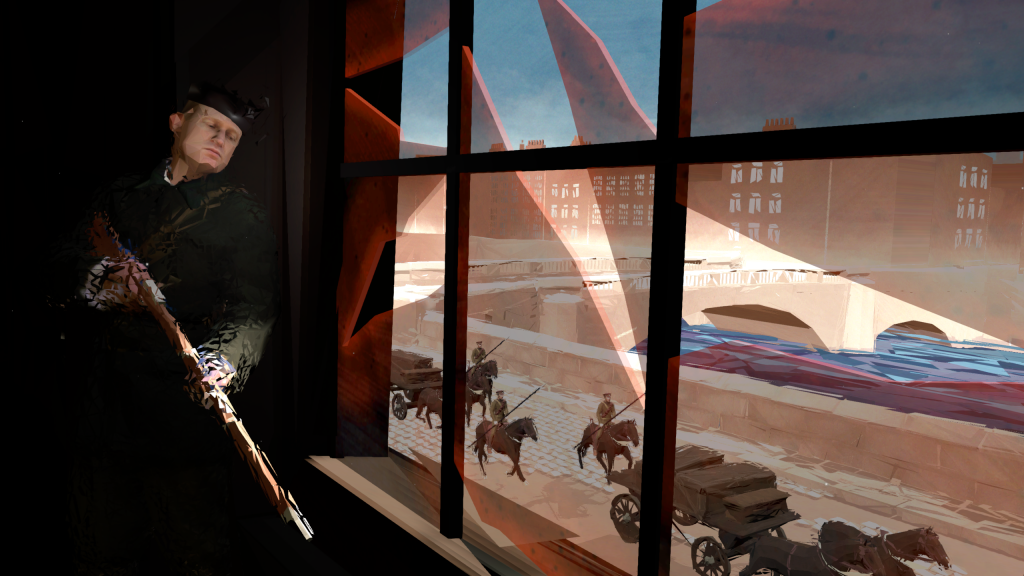 The National Theatre is looking to bring this experience to the public from early September as a free installation in the Lyttelton Lounge, and there are plans for production and research collaborations between the Immersive Storytelling Studio and the National Film Board of Canada. They also tell me that future projects at the studio will explore hardware such as PlayStationVR (due out later this year) and Mixed Reality gear such as Microsoft HoloLens. Watch this space!