For the gadget-obsessed crowd, having your device run out of battery at a crucial moment is our worst nightmare. Granted, it’s a #FirstWorldProblem but one with a relatively cheap solution.

A recent survey by Ofcom said millions of Britons had – or were considering having – a “Digital Detox” but most of us would choose to have it on our own terms, not because our phone battery randomly gives up the ghost at an awkward time.

We rely on our phones so much these days that the thought of being left without them engenders a sense of near-panic. I really love my Samsung Galaxy S7 Edge, as it does a lot of VR stuff as well as having an awesome camera and the best functionality I ever experienced. But although its battery life is vastly superior to its predecessor the S6 (which barely lasted me half a day without needing a recharge) if I’m out and about, tweeting away and using Google maps to compensate for my non-existent sense of direction, I still need to carry a power bank just in case.

The problem with a lot of power banks – specially the SWAG freebies you get at conferences and such – is that they barely do half a charge on a powerful smartphone, plus it’s difficult to know when they are fully charged, and if left unused for a while the battery can actually drain away, leaving you in the lurch. Not to mention severe overheating issues, and the fact that they charge so slowly that you’re left with having to carry around a phone with an awkward cable appendage for several hours while it does its thing. 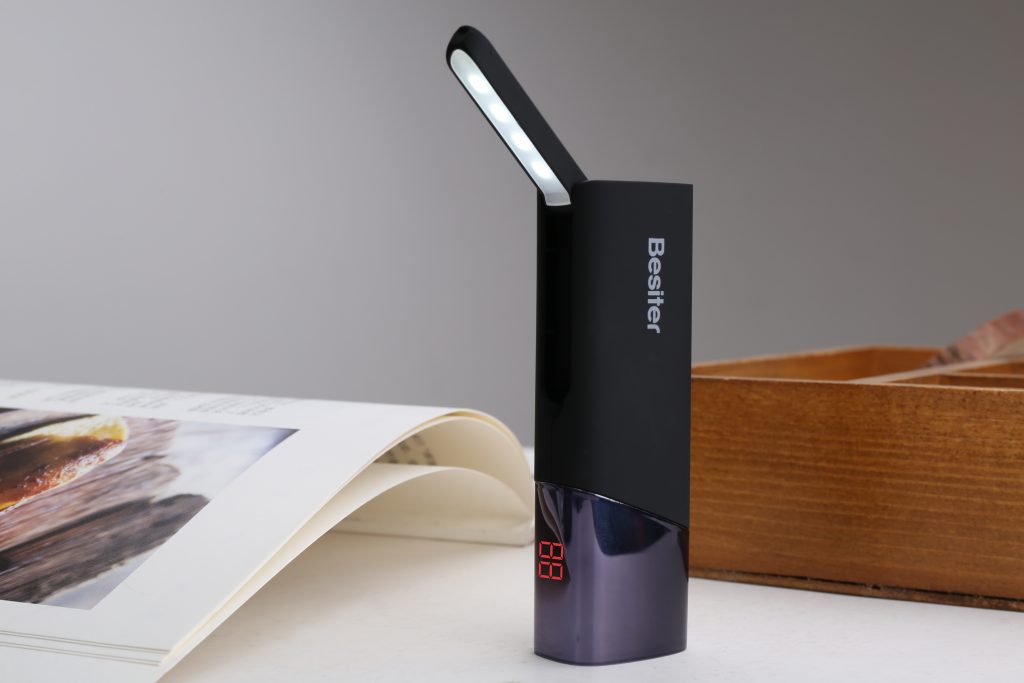 So when I was offered to review The Besiter Eclipse I was interested to see whether it lived up to its promise of incredibly fast charging and high-capacity (the spec said it could charge an iPhone 6S up to 5 times and a Samsung Galaxy S7 up to 3 times over). There are two charging options, with the 2.1A being the fastest.

When I got it out of the Kavson Besiter Eclipse out of its box I was pleased at how stylish it looked. It’s not too big, the texture is nice and slick, and it has an absolutely awesome, really powerful built-in LED torch, which makes it ideal for camping, or just rummaging around for stuff in your handbag. Mine was black & gun metal, but it is also available in white & silver. 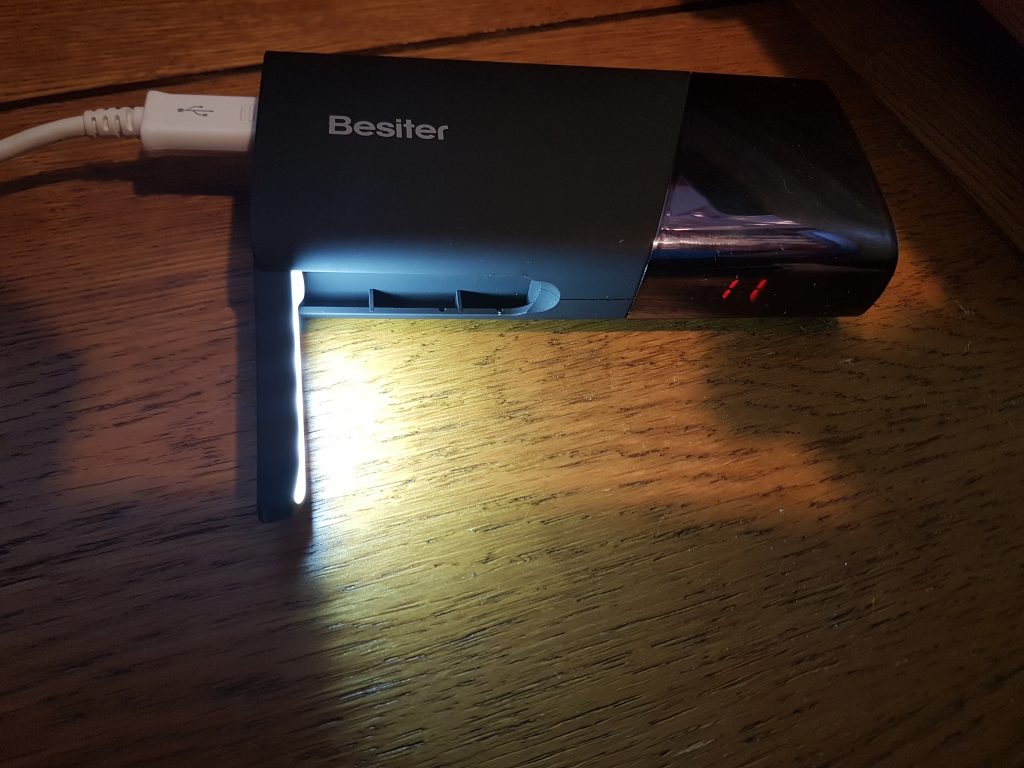 Unlike other power banks (even expensive commercial ones) it actually shows in numbers how much of a charge it’s got (it came with 75%) which is a lot more precise and stops you from wasting electricity by leaving it plugged in when it’s fully charged.

Once I topped it up to 100% I tested it on my phone, which I had drained right down to about 3% battery. It charged it fully in about 3 hours, but that used up its full capacity, so the promise of 3x charges might have referred to the higher spec 10000mAh model (I got the 5000mAh). It’s also worth noting that I left my phone on and was using it quite a bit while it was charging, which of course would have consumed some additional power.

I left my phone on while it was charging, but it was still enough for a full charge over 3 hours Click To Tweet