This classy smartphone has some lofty ambitions and a very attractive price tag.

You might not have heard of Honor here in the UK but they are part of the Huawei Group and produce some compelling smartphones. Honor is the number one smartphone e-brand in China in 2017 in terms of sales performance. They have also announced a new global growth strategy that aims to make it a top-three smartphone brand worldwide in five years. They are already the number one and number three e-brand in Finland and Russia respectively and Honor’s sales grew significantly on Black Friday in the United States and Europe this year.

With our slogan, “For the Brave”, the Honor brand was created to meet the needs of digital natives through internet-optimized products that offer superior user experiences, inspire action, foster creativity and empower the young to achieve their dreams.

Well, lofty ambitions indeed, and the not so young among us were gratified to hear that Honor’s aspirations also stretch to “people who are young at heart” so a rejuvenated Tech Trends reporter threw away his walking stick and hobbled along to the Global Launch of Honor’s latest phones in London and was blown away by a bold media event. BMX’s hopped, wheelied and span around the stage and the light show and flashy brand videos where suitably loud and blinding, but as nice as all that was, I was keen to get my hands on some hardware, so headed over to the demo room. 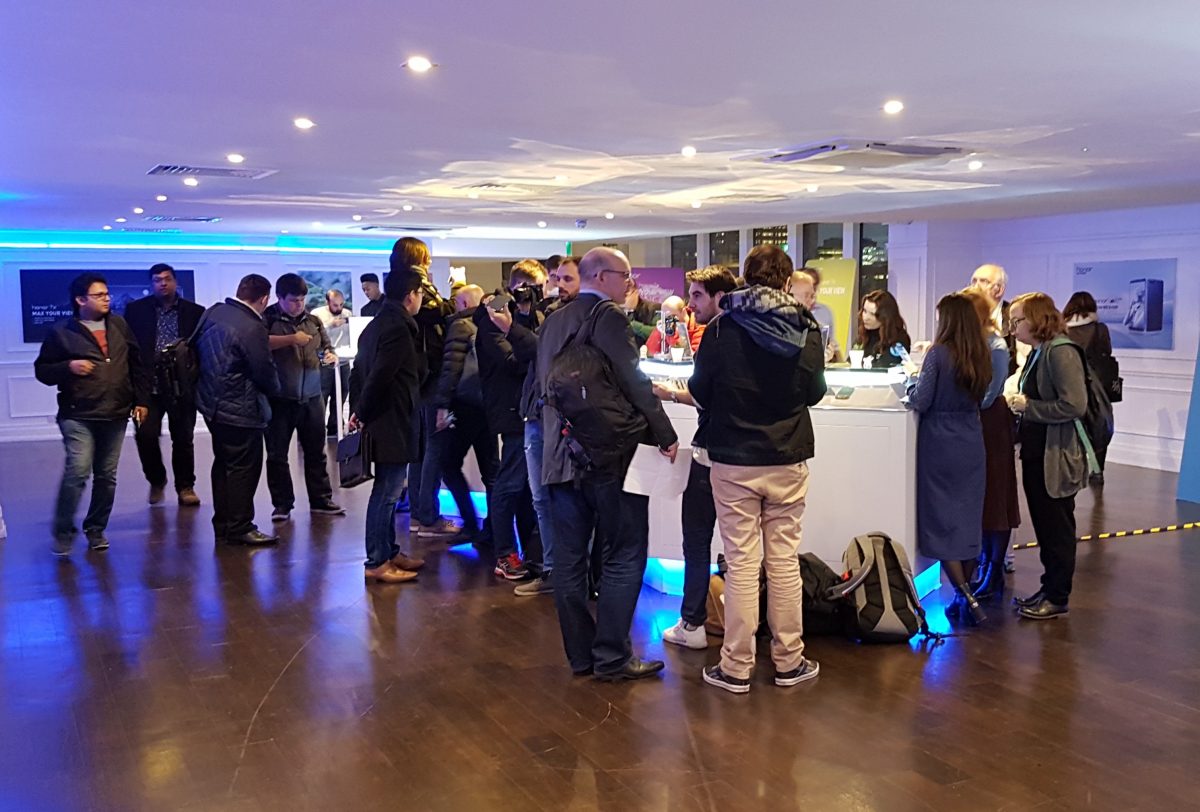 Honor was launching two new products: the Honor View 10 – a new flagship which claims state-of-the-art artificial intelligence (AI) and superior performance – and the Honor 7X, a mid-range player that for the first time, is bringing ‘full-view’ #Maxyourview display to the market. Both smartphones are offered at extremely competitive price points with Honor View 10 available in January at 499.9 euro/449.99 GBP and the Honor 7X at 299 euro/269 GBP. Tech Trends should be reviewing the AI powered View 10 early in the new year, but was handed a 7X at the show and wow, budget smartphones have come a long way (all the way from China in fact) and we are impressed!

Mr. George Zhao, president of Honor, said: “’For the brave’ is in Honor’s DNA. It drives us to constantly deliver innovative technology, aesthetic design, best-in-class quality, delightful experiences and accessibility for young generations. Honor is also a young lifestyle co-creator, inspiring people to pursue their dreams and live life to the full.”

First impressions of the Honor 7X are very good and it is huge! The beautiful-feeling, silky-smooth back feels wonderful in the hand when contrasted with the giant glass front. This is the first smartphone to feature the new Honor ‘FullView’ 18:9 display, a 5.93-inch edge-to-edge, bezel-less screen that delivers remarkable display quality for its extraordinary high screen-to-body ratio. It’s a good screen all around, blacks are great, but whites could be a little crisper, the contrast, however, is good, so reading on the 7X is a real pleasure. Colours are a little muted unless the screen brightness is around 75% but remain pleasing. 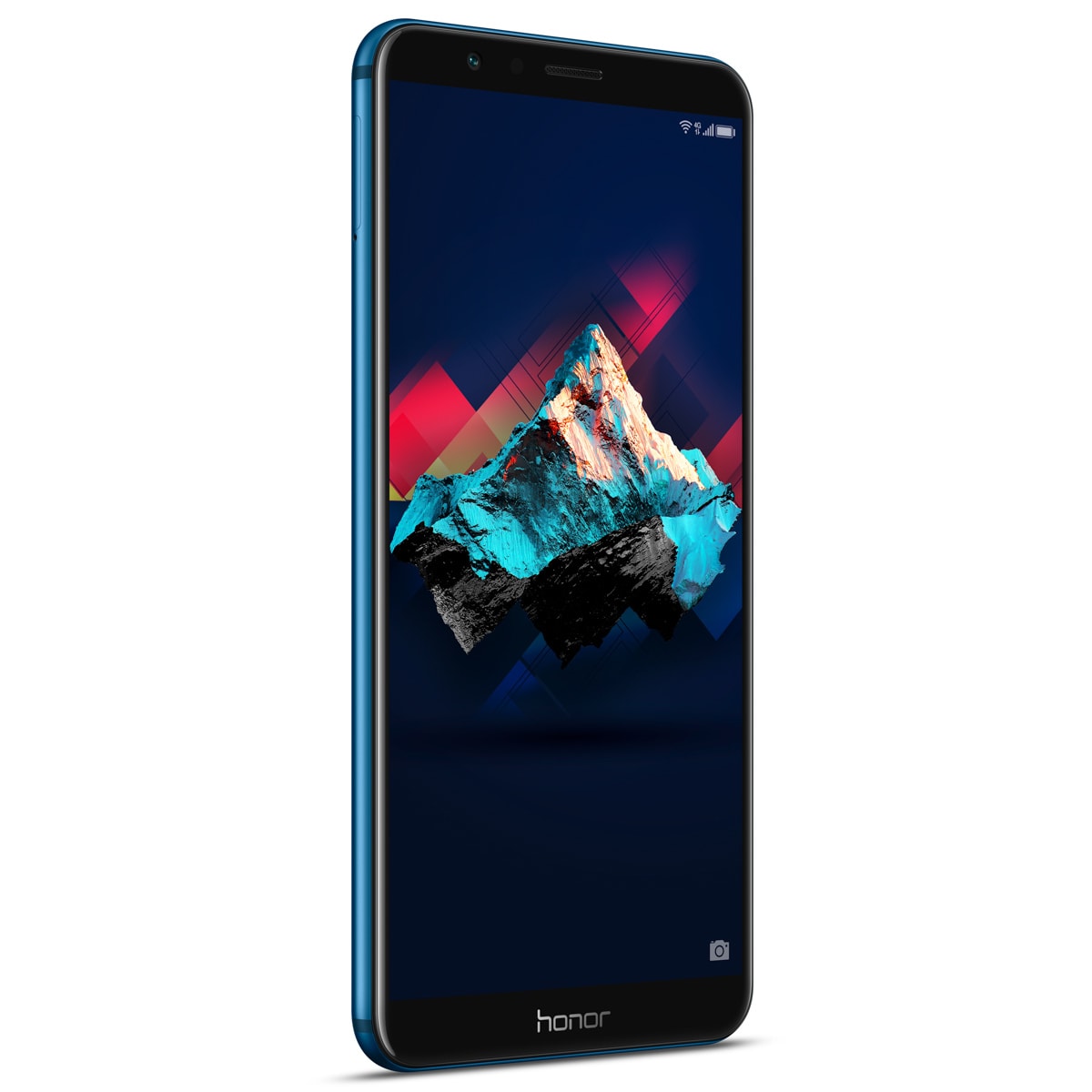 The beautiful feeling silky smooth back feels wonderful in the hand when contrasted with the giant 5.93-inch glass front Click To Tweet

The dual-lens 16MP + 2MP rear camera with a large aperture (F/0.95 – F/16) and Phase Detection Auto Focus (PDAF) ensures quite good images but picture quality is only average and won’t rock your world. Detail is fine in good lighting but flat areas of colour are rather noisy and sharp edges look a bit ragged and over sharpened. With its large aperture, dark scenes come out alright but sometimes look a bit milky and washed out. The camera app is nice to use and options are well laid out with the settings accessed by swiping left or right. Not to say the camera is bad, it just isn’t excellent.

The 3,340 mAh battery didn’t keep us going for the claimed 24 hours but will comfortably get you through a busy day with power to spare. You can really feel the grunt of the powerful octa-core Kirin 659 processor and combined GPU running at 4x 2.36GHz and 4x 1.7 GHz. It’s also equipped with 4GB RAM and makes the Samsung Galaxy S7 look like a slouch. Flipping through the drawer, opening apps, using the camera, editing photos and loading web content feels speedy and fun. In fact, it was so fast it was just fun to pick up and use.

You can really feel the grunt of the powerful octa-core Kirin 659 processor and combined GPU running at 4x 2.36GHz and 4x 1.7 GHz. It’s also equipped with 4GB RAM Click To Tweet

“The Honor 7X is the leading choice for users who want to enjoy rich functionality with the benefits of a bezel-less phone, while considerate on their budget,” said Zhao. “We are immensely proud of the quality control it undertakes in producing every phone – Honor 7X was dropped over 4,800 times in the lab in testing – so users can be assured that better value for money doesn’t compromise our high-end quality.”

The fingerprint scanner is excellent and faster than anything I have used except the Galaxy S8 and the rear location works very well for me. Tech Trends thinks music quality is vital in a smartphone, after all, it is one of its primary functions these days, so we are happy to report that the 7x gives a great performance via the 3.5mm jack (yes people it has one!) and via Bluetooth. Overall the sound is very well balanced with good solid bass, nice clear mids and treble that is crisp but not sharp, impressive. 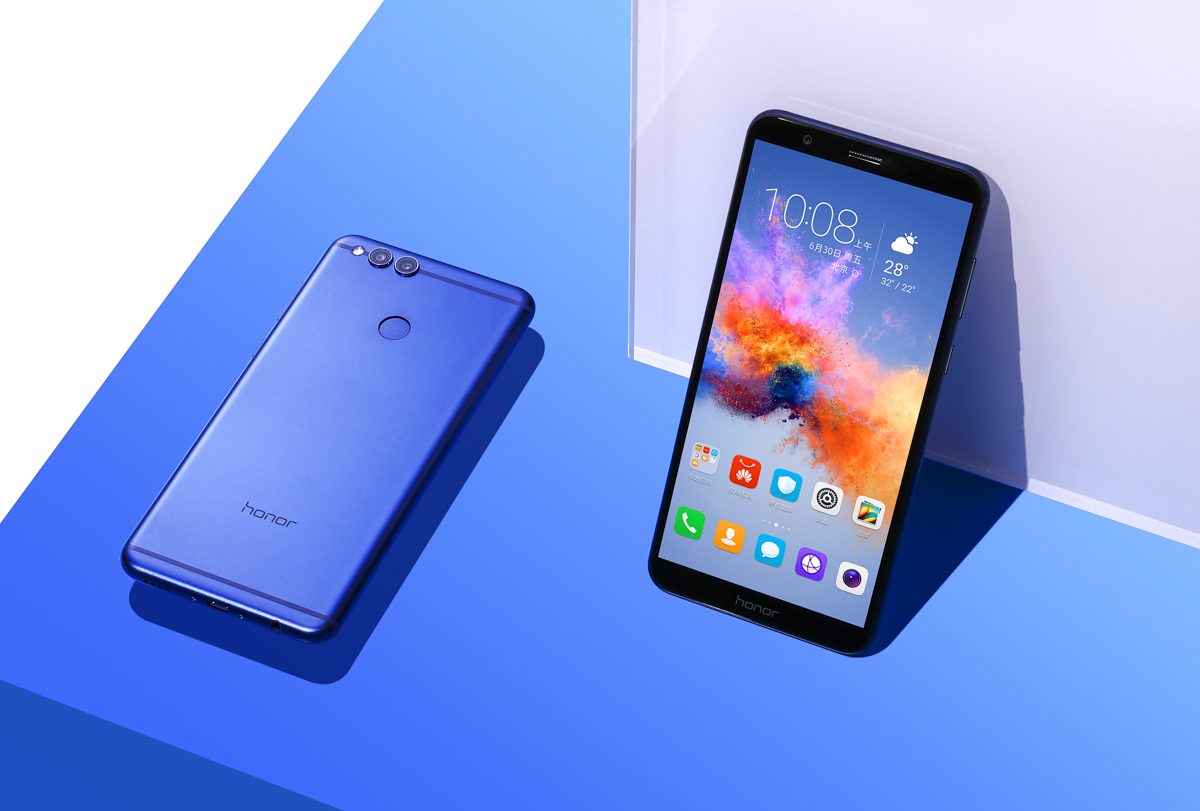 This is a highly recommended phone if your budget is more mid than max, coming with 64GB of internal storage, extendable via micro SD up to 256GB, the Honor 7X runs EMUI 5.1 based on Android 7.0 Click To Tweet

This is a highly recommended phone if your budget is more mid than max, coming with 64GB of internal storage, extendable via micro SD up to 256GB, the Honor 7X runs EMUI 5.1 based on Android 7.0. It is available to purchase from December 5, 2017, in selected markets, including Europe (United Kingdom, France, Germany, Italy, Spain, Poland, Ukraine and Turkey), Russia, United States, Middle East (United Arab Emirates, Saudi Arabia and Iran), India and Malaysia.

The Honor 7X can be ordered at Honor online at the extremely competitive price point of £269.99.