A report by research firm CCS Insight forecasts that 16 million Virtual Reality (VR) and Augmented Reality (AR) devices will be shipped in 2017, which translates into a year-on-year growth of 47 percent. The market value of devices sold into the channel is currently estimated to be $1.6 billion but is expected to grow nearly tenfold to $11.9 Billion and 99 Million Devices sold in 2021.

Smartphone-based VR and AR devices are expected to account for the majority of those sales (13 million units) due to their lower cost and wider availability, with the remaining 3 million distributed among the three major players currently dominating the dedicated VR space, namely Facebook (Oculus), HTC (Vive) and Sony (PlayStation VR).

Yet CCS Insight analyst George Jijiashvili notes that although the expected growth is encouraging, there have been snags along the way, and all three manufacturers have opted to cut down their prices in order to boost sales and gain greater market share.

In the upcoming fourth quarter, however, the firm expects to see the impact of the new Microsoft-powered Windows Mixed Reality headsets to be felt. The HMDs which will start becoming available this month and are being manufactured in partnership with Acer, Asus, Dell, HP, Lenovo and Samsung should not only provide a boost to the end of year sales in 2017 but also lay the foundation for strong growth in 2018.

According to the forecast, VR is showing considerably more potential in the Chinese market since its forecast update in 2016. This is a result of growing interest in the technology from large Chinese companies such as Alibaba, which has offered shopping by VR, and Tencent, which is expected to launch its own VR headset.

CCS Insights are also optimistic about the potential of Augmented Reality, boosted by commitment to the technology on iPhones through its ARKit platform and the advent of Google’s ARCore to Android smartphones.

This continued optimism in the growth of the immersive industry sector is also reflected in the expansion of creative and networking spaces designed to foster entrepreneurship initiatives in the area.

Digital Catapult, for example, recently announced that it was opening a brand new Immersive Lab in Brighton to further support what it describes as the UK’s “burgeoning immersive community” following the successful launch of its London Lab which hosted over 80 events, meet-ups and demos and welcomed over 1100 attendees through its doors since opening earlier this year.

The move is part of efforts to propel the UK to take a “bigger slice of this pie” in a market still dominated by the US, which holds 75% market share in comparison to the UK’s 5% as highlighted in Sir Peter Bazalgette’ review recently.

“The immersive labs are part of Digital Catapult’s wider strategy to develop the best ecosystem for AR, VR and MR developers to create and experiment with the next generation of immersive content. The lab will be available to businesses of any size, alongside researchers and investors, to demonstrate, innovate, test and experience the latest immersive technology and content.”

Brighton is one of the biggest immersive hubs due to its strong background in gaming, film and software and hardware development, with many companies already working in these fields according to Phil Jones, Lead at Digital Catapult in Brighton.

“The opening of the Immersive Lab here is part of the wider strategy to bring these organisations together and encourage their collaboration to accelerate the immersive industry’s growth both regionally and nationally,” he explains.

The lab will be a meet-up point for companies of all sizes and individuals to collaborate and exchange ideas and expertise. Digital Catapult is developing a network of hubs nationwide to create the best environment for the immersive community to collaborate. In each lab, the gaming, filmmakers and software developers will have access to the latest equipment for testing, unlocking new types of content and business opportunities. The labs are meant to be a place to showcase emerging content, meet potential investors, collaborate with researchers and trial new proof of concepts.

The UK already has a rich heritage in sectors where immersive technologies are likely to have the largest and most immediate impact; the creative industries manufacturing and health. So, establishing immersive labs in key regions across the country like this one in Brighton will further benefit the development of the industry,” says Aurelian Simon, Head of Immersive at Digital Catapult, adding that the UK already has a significant presence in the global fast-growing immersive market – currently valued at $5.4 billion – and is home to the largest number of up and coming VR companies in Europe.

As the CCS Insight report emphasized, content is key in achieving and maintaining steady market growth in the immersive space, and companies like Digital Catapult are crucial in fostering this broader ecosystem:

“The growing availability of 360-degree material is underlined by Facebook’s recent revelation that it now hosts 70 million 360-degree photos and 1 million 360-degree videos, and that the videos have generated 580 million views,” says Jijiashvil. But other materials including sports, film, TV and pornography, are now playing a bigger role in that growth. 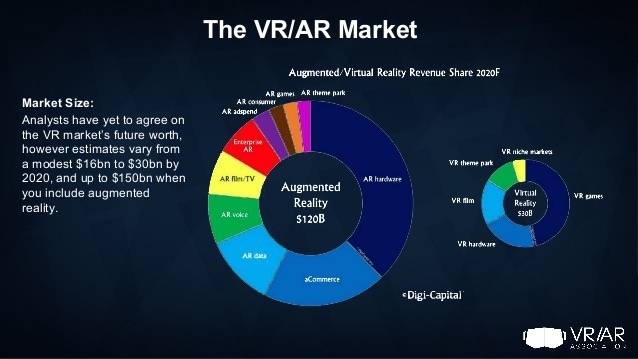