Tech Trends takes a look at how technology will play a role in the 2017 Talisker Whisky Atlantic Challenge.

One of the world’s toughest endurance races is about to kick off in La Gomera, part of the Canary Islands off the coast of Spain. Sponsored by Talisker Whisky more than 30 teams of adventurers from around the globe will try to row 3,000 miles across the Atlantic Ocean to the island of Antigua in the West Indies while not drowning, being eaten by sharks or going raving mad after spending 40-70 days stuck with the same sweaty teammates.

And as we’ve seen when we covered the F1-Level technology behind the America’s Cup race, tech can lend a hand in helping modern adventurers achieve their goals – in one piece. And when you are out on the open ocean you will be glad of any help you can get! 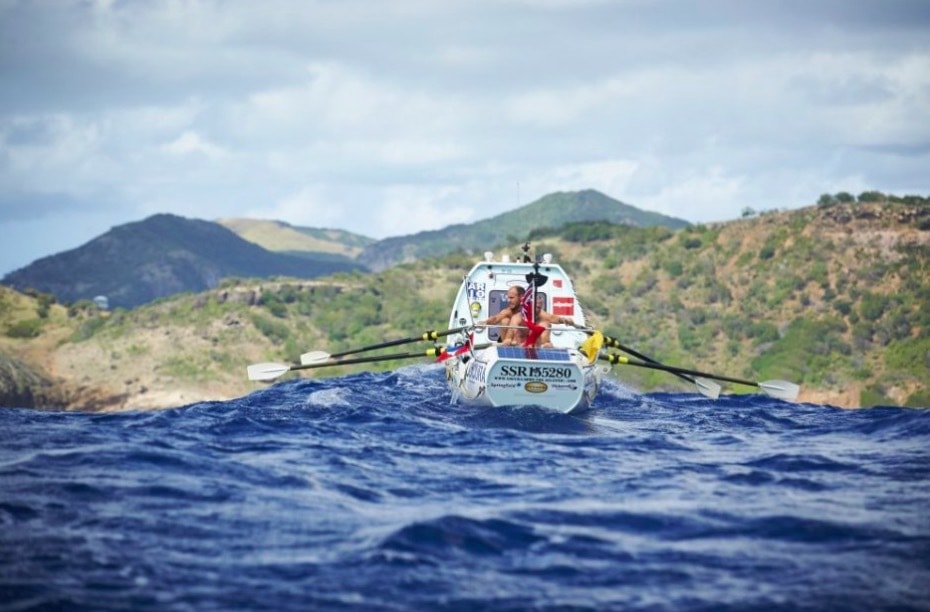 At first glance the Talisker Whisky Atlantic Challenge conjures up images of whiskered sailors drifting at sea, rowing in shifts and hungrily eyeing up each other up (not in that way) but in the 21st century technology has made the race safer, the boats faster and more energy-efficient. It also ensures communications with home are more reliable, and that rations are nutritious enough to discourage cannibalism (THAT’s what I meant, get your mind out of the gutter). The whiskers, however, remain the same!

In 2017 technology has its part to play, making the race safer, the boats faster and more energy efficient Click To Tweet More people have actually travelled into space, or climbed Mount Everest than have rowed the Atlantic Click To Tweet

The Talisker Whisky Atlantic Challenge really is one of the toughest endurance challenges on the planet – more people have actually travelled into space, or climbed Mount Everest than have rowed the Atlantic so even with technology on your side you have to be prepared to endure tropical storms, sleep deprivation, cold, sweltering heat, giant squid and the psychological stresses of living and working in such an unpredictable environment. 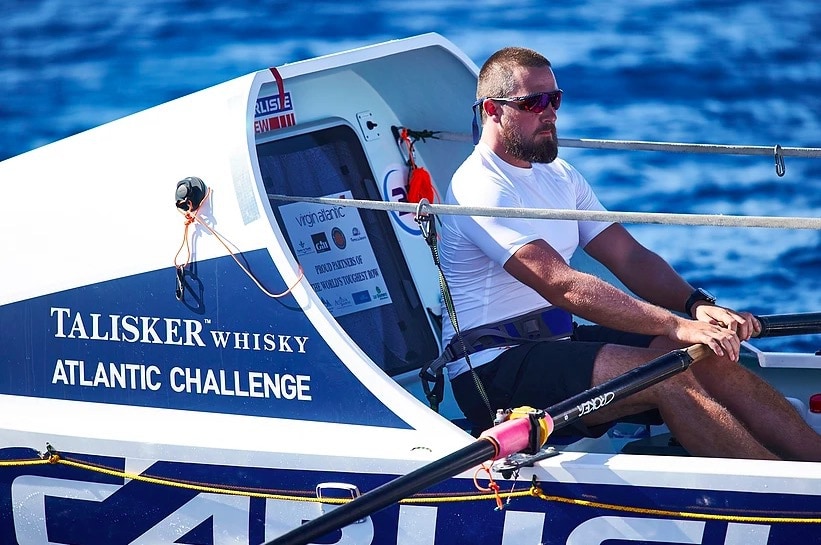 Angus Collins, two-time race winner and ocean rowing record holder, has rowed over 15,000 nautical miles across three oceans, trekked through the heart of Papua New Guinea, raced a Tuk-Tuk across India, run ultra-marathons around the UK and along the way has picked up a number of world records. Adventure and endurance are his life. He also works at Rannoch Adventure, specialists in ocean rowing and high tech boat builders. Rannoch makes the vast majority of the boats used in the race this year.

“With Rannoch Adventure, we have worked with over 75% of the teams in the past 4 years (including this year). I have trained teams, run logistics and shipping, helped with refurbishing boats, built new boats, weather routing, race tactics etc. We are proud to say that we live for ocean rowing, it’s everything we do and it’s all we do!” Collins says. “The modern boats have been designed by myself and Charlie Pitcher who holds the solo record across the Atlantic, the two of us have been brought up on the water, with Charlie sailing in the Americas cup campaigns. We have taken everything we have learnt from all water sports and put it into ocean rowing. Our aim is to make the lightest, fastest and – most importantly – safest boats in the market, and to date, we have achieved this.”

Carbon Zerow, are aiming to be the first certified carbon neutral expedition to cross the Atlantic Ocean Click To Tweet

When you picture a boatload of men rowing across the ocean it might appear to be a pretty environmentally friendly endeavour. Muscle power over engine power and all that, but 2017 challenge team Carbon Zerow, are aiming to be the first certified carbon neutral expedition to cross the Atlantic Ocean.

In a boat loaded with tech, the batteries are vitally important. You need to keep them charged up and ensure that all systems that draw power do so as efficiently as possible, Collins explains.

Without power, the team has to hand steer the boat with no auto-helm, which means less rest for the rowers Click To Tweet

“The hardest part of rowing an ocean is managing power consumption. If a team runs their water maker for half an hour too long, then their batteries will drop dramatically and it can take days to build this power back up. I ensure that each team member has an update on an hourly basis on the power consumption. Without power, the team has to hand steer the boat as opposed to using an auto-helm, which means less rest for the rowers. We have 1 boat that has a new “roaming” solar panel, this means the team has a solar panel (74watts) that isn’t attached to the boat but can be placed in a number of positions to allow maximum sun angle. This solar panel has a built-in regulator so the whole device can be plugged straight into the batteries from the deck.”

Carbon Zerow wants to minimise their environmental impact by reducing their CO2 emissions where they can, and then offset the remaining CO2 emissions, that they can do nothing about, such as the emissions required to produce pieces of equipment and travel emissions from flying and driving. With team members based in the US, Scotland and London the team have partnered with The Carbon Trust and are already tracking their travel and overnight stays as well as opting to take public transport, purchasing used equipment where possible and even ditching red meat, poor men!

The Internet is helping keep travel time down during training by communicating via Skype but this has meant that they have only all got together to train once this year! Out on the ocean all boats are equipped at the race start, and cannot take any repair, help or food and water during the crossing so it is a very lonely couple of months with no resupply points but INMARSAT satellite technology will be in place to allow the teams to communicate with base. 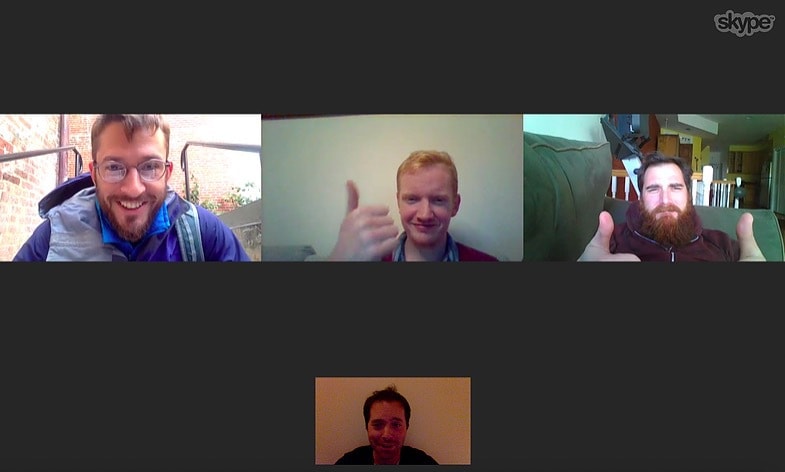 “It used to be that teams would have an Iridium sat phone to communicate with people back at home,” Collins recalls. “This would be used to download and upload e-mails with weather information as well as daily blogs etc. I used an Inmarsat GBAN explorer 510 in 2016 and was able to download my own weather grib files. This meant I was no longer dependent on someone on land to route me, I was able to see any changes in the weather before the rest of the fleet which gave me a slight advantage. The second advantage to using the GBAN is being able to send videos back home, this helps teams with sponsorship and raising funds/awareness for their desired charities.”

This latest satellite tech will also keep them in touch with loved ones and they can Whatsapp pictures and video updates and speak to friends and family via sat phone too. 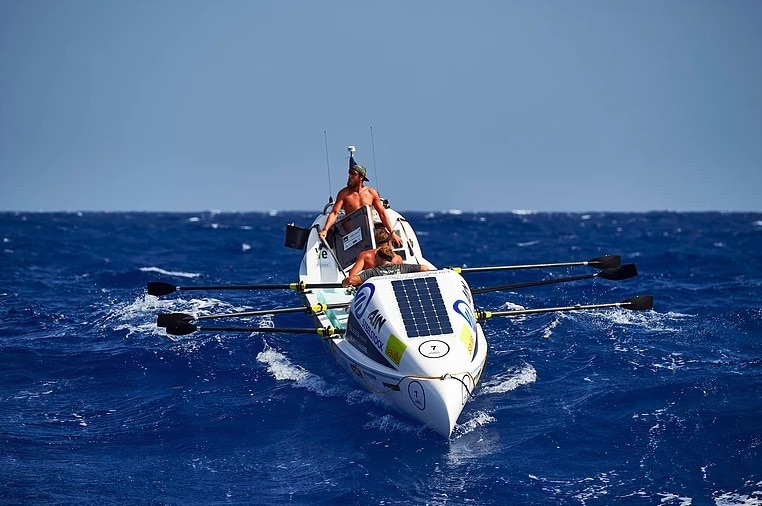 Yet no matter how much tech you have access to you still have to have the will to endure the physical challenge and the drive to compete. And let’s be honest, watching robots rowing across the Atlantic would not be half as fun as seeing Angus and his teammates test the limits of technology and their bodies.

“Ocean rowing is such a fast-growing sport and each crossing I learn new things from others, so having beaten the race record, I knew it was possible to put new tactics into place with the aim to get the world record. I have always been one to push limits and see how hard I can physically and mentally push myself, and with the world record in sight, I wanted to make sure I was in the boat breaking the record over someone else.”

And thanks to technology, you can also follow their adventures with the Race Tracker on the Talisker Whisky Atlantic Challenge Website.