The real test of any toy for me starts with that magical moment when you first open the box. If I get that “Christmas morning” kind of feeling, we’re on to a good start.

LEGO hits the spot every time, as there’s no sweeter sound in the world than that magic rattling of plastic bricks. But I digress somewhat.

With Educational toys it’s a bit more of a tall order though. They’re a bit like vegetables, in that it’s possible for them to be delicious, but the fact they’re supposed to be good for us raises suspicion (or maybe that’s just my self-destructive personality talking).

Opening up my goodie box from Technology Will Save Us (TWSU), however, I got that familiar feeling of delight, mixed with a small measure of regret that I  wasn’t a kid any more. As this technically counted as work though, that didn’t matter, so I settled down to happily play with the pretty shiny things.

The TWSU kits are quite beautiful. Each is based around a theme or project, and comes with all the hardware that you need to build something fun while learning about technology (and a bunch of other things).

My DIY Gamer kit contained all the components for me to put together a handheld games console, powered by the Arduino Uno which came with it. Once you have the hardware setup, you can go online and use the step-by-step manuals and videos to code your own games. You’re also encouraged to tap into the extensive Arduino Open Source community and invent your own projects. 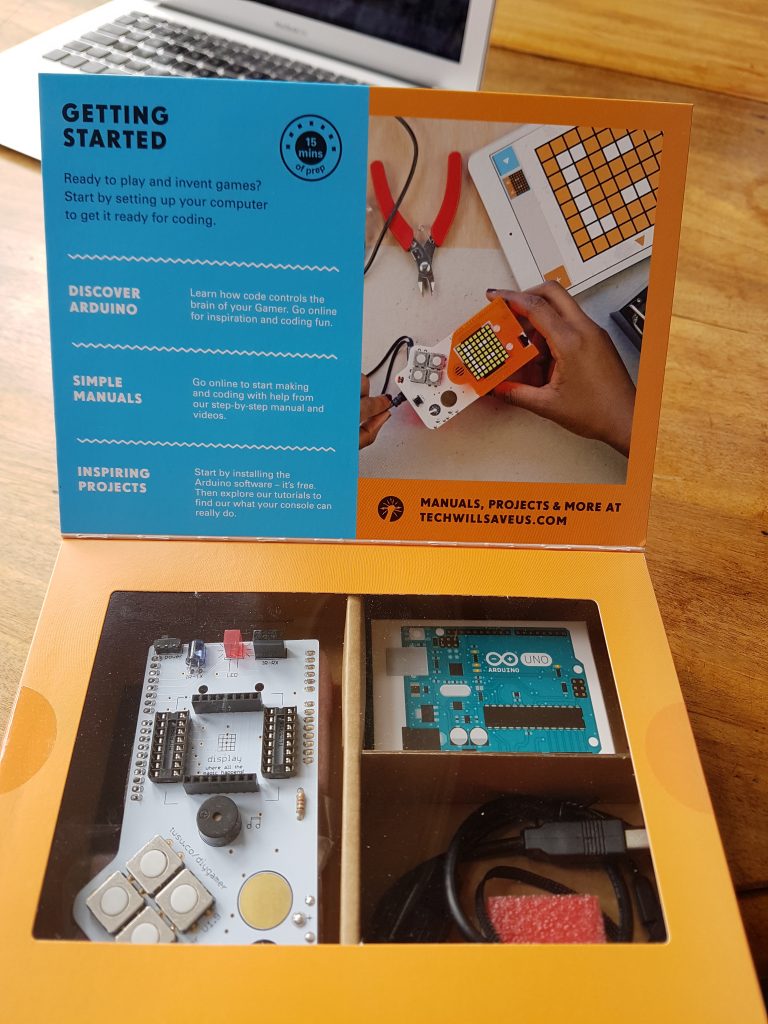 My other little box of delights contained a “Thirsty Plant Kit” where you build a solar-powered plaster of paris moisture sensor. I love the fact it provides all sorts of outlets for teaching kids about biology, and even encourage them to care for nature and living things by understanding more about what they need in order to survive and thrive. I didn’t go as far as turning it into a water bomb like the kit instructions suggested, but I loved having the option. 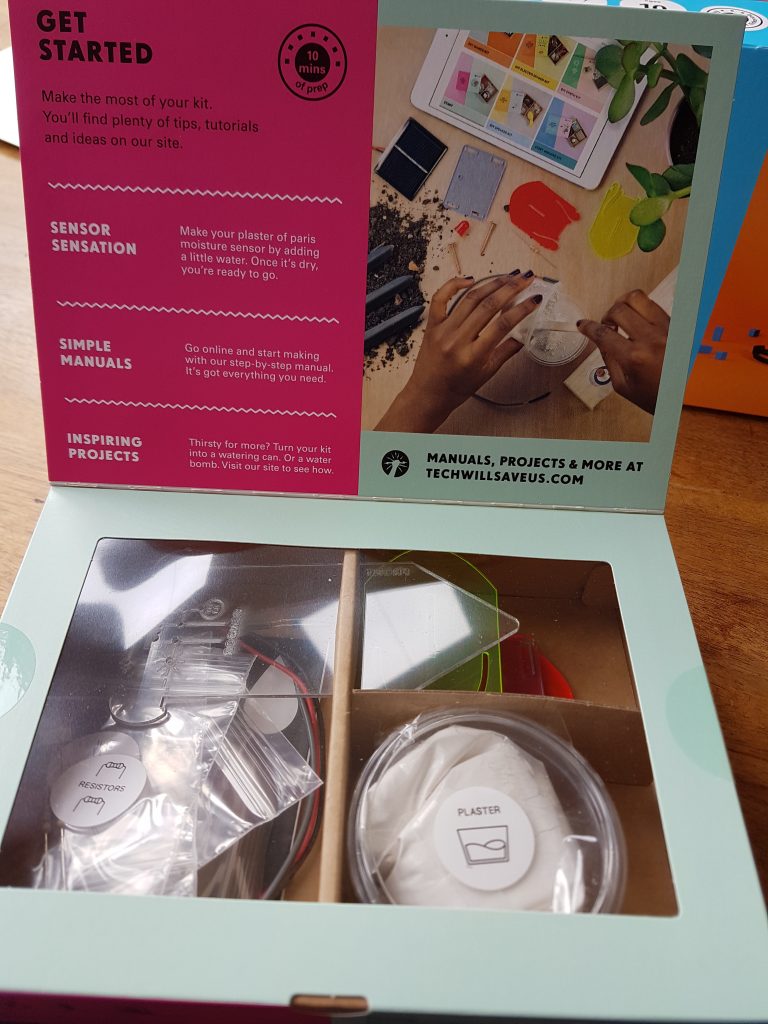 Technology Will Save Us Co-founder and CEO Bethany Koby tells me that their kits were designed to encourage active play and adventure with technology as well as learning. They should be a fun option for the summer holidays, not something that comes across as a chore or extra study.

Earlier this year TWSU launched a crowdfunding campaign for their first wearable, the Mover Kit, and reached 90% of their Kickstarter goal in the first 48 hours. Since then they raised 3 times that, totalling over $129,000 from 1800 backers in 60 countries. They’ve also secured retail partnerships to market the kits in various territories and been selected as the “toy to watch” in 2016 by Forbes.

They also partnered up with  global coding club network CoderDojo that lets anybody donate Mover Kit packs to young coders anywhere in the world. a global network of coding clubs

To a self-confessed technophile, and someone who’s worked with more than my fair share of startups, what’s striking about these kits is the elegance with which they apply principles such as agile development and user-centricity. These approaches – which require constant testing and iteration – are at the heart of product development where it comes to apps and software, but here you see them in everything from the attractive colour scheme of the boxes to the careful layout and presentation of the components.

Everything is carefully labelled, with clear and prominent instructions which manage not to sound patronising even to an adult.These are all things that make the user experience flow very smoothly, whether you’re a child or a slightly-older-but-still-in-their-prime person.

So if you’re starting to run out of ideas of what to do to entertain the kids during the summer holidays, technology really could come to the rescue in more ways than one. 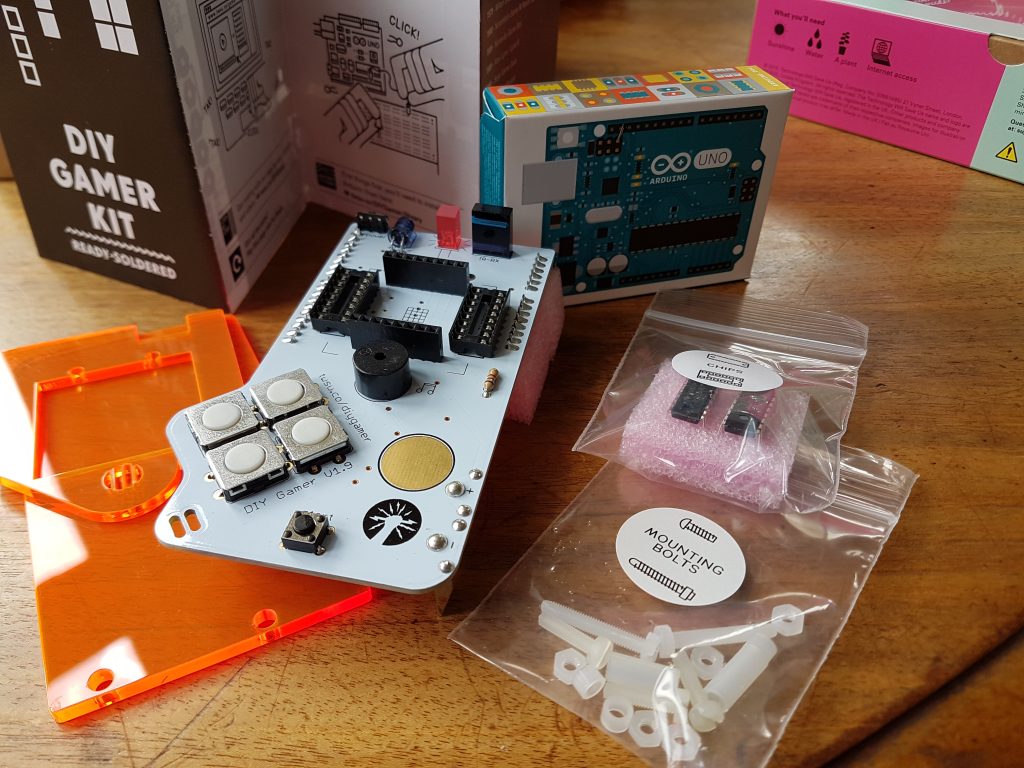