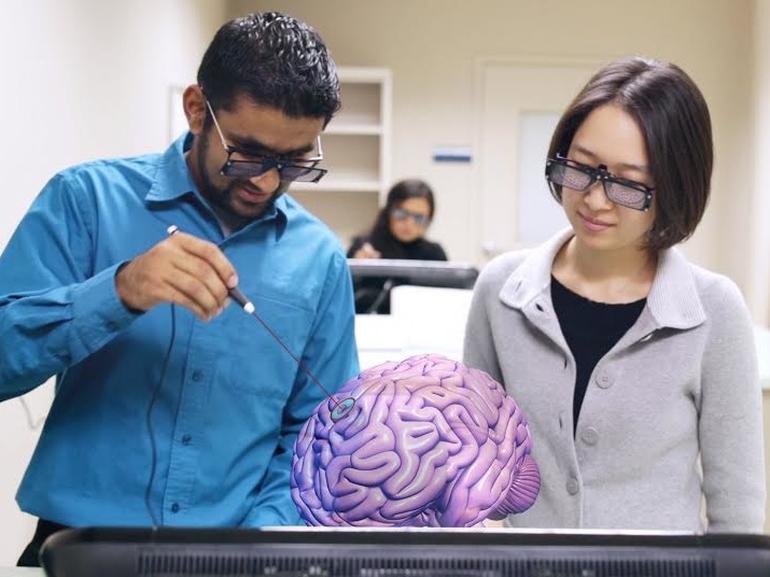 How medical visualization tools enhance learning by reducing the cognitive load on our brains.

Immersive learning technologies are proliferating fast and also growing in popularity, being used not only for entertainment but also in a variety of professional applications.

immersive learning tools provide superior capabilities because they reduce the cognitive load on the learner, and more accurately represent these systems as they truly are Click To Tweet

Some of the most exciting applications of immersive technology have come in the form of training applications, and the medical sector has been fast to embrace this innovation, recognizing their great potential to improve the quality and quantity of training epochs, reduce training costs and to enhance patient satisfaction. A win-win-win.

Broadly speaking, these technologies come in two forms: Augmented Reality (AR) – in which digital information is overlaid onto the learner’s field of view – and Virtual Reality (VR) in which the learner is immersed in a completely new environment.

In a previous post I discussed the implications of xR for broad-based medical training. In this article, I will focus on the problems surrounding medical visualization. Namely, how do learners best understand and mentally represent complex systems like the brain or the human body? I offer a psychological and brain science perspective and argue that immersive learning tools provide superior capabilities because they reduce the cognitive load on the learner, and more accurately represent these systems as they truly are. If done correctly, this will significantly enhance learning.

Let’s look at the challenges medical students face when learning about the anatomy and physiology of the human body. The human body is a 3-dimensional structure that functions as a dynamic system. The ultimate goal of all medical visualization training is to facilitate the formation of a 3D dynamic mental representation of the human body in the learner’s brain that perfectly mimics the actual form. The best way to achieve this goal is to present the learner with a 3D dynamic visualization tool that perfectly mimics the human form. Unfortunately, most traditional medical visualization tools are textbooks or slide shows that are filled with 2D static images. Thus, the learner must convert a series of 2D static images into a 3D dynamic mental representation in the brain that accurately reflects the human form. 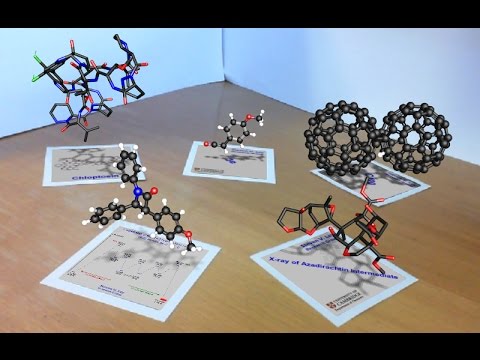 The cognitive science research is clear that each of the steps above requires an enormous amount of cognitive capacity (in the form of working memory) as well as cognitive energy (in the form of executive attention). Any time working memory load and executive attentional demands are taxed in such a way, you are more likely to make an error and generate an inferior mental representation. Or simply fail to understand and absorb crucial information.

Well-constructed immersive learning tools such as the Microsoft HoloLens bypass this fundamental problem by generating a highly accurate 3D dynamic representation of this 3D dynamic human form, displaying it directly and accurately within the product and presenting it ready for the learner to study.

This training is intuitive because it reduces the extensive working memory and executive attention demands associated with traditional medical visualization training that we outlined above. By removing the need to construct a 3D dynamic mental representation from a series of 2D static images, the working memory and executive attention load on the learner has been slashed. Equally – if not more importantly – the dynamic 3D mental representation in the learner is given a boost by the visual learning and representation systems in the brain that has evolved for just this type of learning. This system builds a 3D mental representation of objects from the dynamic flow of information on the retina.

A number of offerings of this sort exist. One that is representative is a recent application of the HoloLens mixed reality platform that is being used at the Imperial College London to help surgeons “see inside” patients before they operate. Surgeons are using this technology to spot key blood vessels, bones and muscles prior to surgery. This enhances preparation and increases the success rate of surgery. Dr. Philip Pratt, a Research Fellow in the Department of Surgery and Cancer at Imperial College London, said HoloLens is allowing surgeons to quickly and accurately understand a patient’s unique anatomy.

“Mixed reality offers a new way to find these blood vessels accurately and quickly by overlaying scan images onto the patient during the operation, explains Dr Pratt. “To perform the best operation, you have to plan it meticulously beforehand. This technology allows us to experience the data that we have collected from patients before their operation in the most realistic and natural way. You look at the leg and essentially see inside of it; you see the bones and the course of the blood vessels.”

This same logic applies to visualizing the brain, a neuron, or even a molecule, so I fully expect immersive visualization training to replace traditional training within the next five years Click To Tweet

The psychological and brain science research outlined above suggests that immersive learning tools have great potential in medical visualization training. This same logic applies to visualizing the brain, a neuron, or even a molecule, so I fully expect immersive visualization training to replace traditional training, and cadaverless training for non-surgeons to be the rule, not the exception, within the next five years.

That said, efficacy/validation studies should always be conducted to verify that a particular immersive visualization training tool is superior to traditional training approaches, and should be used during the development process to make the product better. Although initial evidence and response from, teachers, learners and various experts in these fields is extremely encouraging, there is still a need for rigorous academic studies that directly and rigorously compare an AR/VR training platform with a traditional training platform on standardized tests of anatomy and physiology, as well as other critical factors known to affect learning, such as non-standard environmental conditions. It is early days, and the technology often advances at such speed that it outpaces such research, which is why collaboration between technology developers such as Microsoft and institutions such as Imperial and Case Western are highly welcome in validating the value and viability of these applications.