Qualcomm’s futureproof XR2 chip has got us excited.

By Sophia Edelblute and Tara Mendenhall.

Today Qualcomm has announced the release of the Snapdragon XR2, which the San Diego-based tech giant claims will fundamentally transform the entire XR user experience. For those unfamiliar with the term, the XR umbrella covers the entire immersive spectrum of Virtual Reality (VR), Augmented Reality (AR) and Mixed Reality (MR).

The Snapdragon XR2 5G chip claims to be “the world’s first 5G-supported extended reality platform,” allowing for processing to take place on an external computing platform in the cloud, rather than on the headset itself, so you could say goodbye to bulky head-gear and constricting cords and hello to lightweight glasses you wouldn’t mind being seen wearing. The connectivity is so efficient, it should reduce lag in the virtual experience, increase bandwidth and allow for near-perfect reactivity. Did we mention the chip also reduces battery drain?

While the introduction of 5G in the XR space is exciting, it’s Qualcomm’s innovative XR2 5G chip that sets it apart from others on the market Click To Tweet Mobile XR technologies are always driven by constraints on power, thermal and size but also heavy demands on heterogeneous compute, AI, computer vision and now, connectivity Click To Tweet

Tech Trends talked to Hugo Swart, Qualcomm’s VP & GM of XR, about why exactly this is such a game-changer for the industry.

We believe that the combination of XR, AI and 5G will enable the next form of communication and collaboration. Mobile XR technologies are always driven by constraints on power, thermal and size but also heavy demands on heterogenous compute, AI, computer vision and now, connectivity. Qualcomm is extremely proud with the abundant features and leaps in technology that it has to offer on Snapdragon XR2 over its predecessor. We plan to push the boundaries on all areas for this and next generation of SoCs to come. 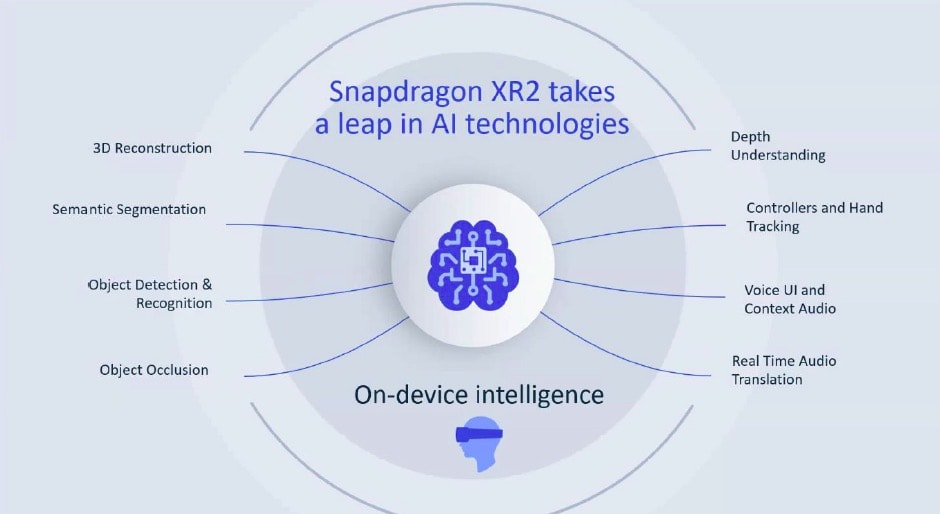 But what makes 5G so different from its 4G predecessor?

In one word: Speed. The 5th generation wireless technology unlocks possibilities for an immersive reality that is like nothing we’ve ever experienced before. What now is quick will become instant, taking the concept of being “always-on” to the next level and enabling a whole new class of XR experiences that most of us cannot even imagine yet.

The Snapdragon XR2 5G chip allows for processing to take place on an external computing platform in the cloud, rather than on the headset itself Click To Tweet 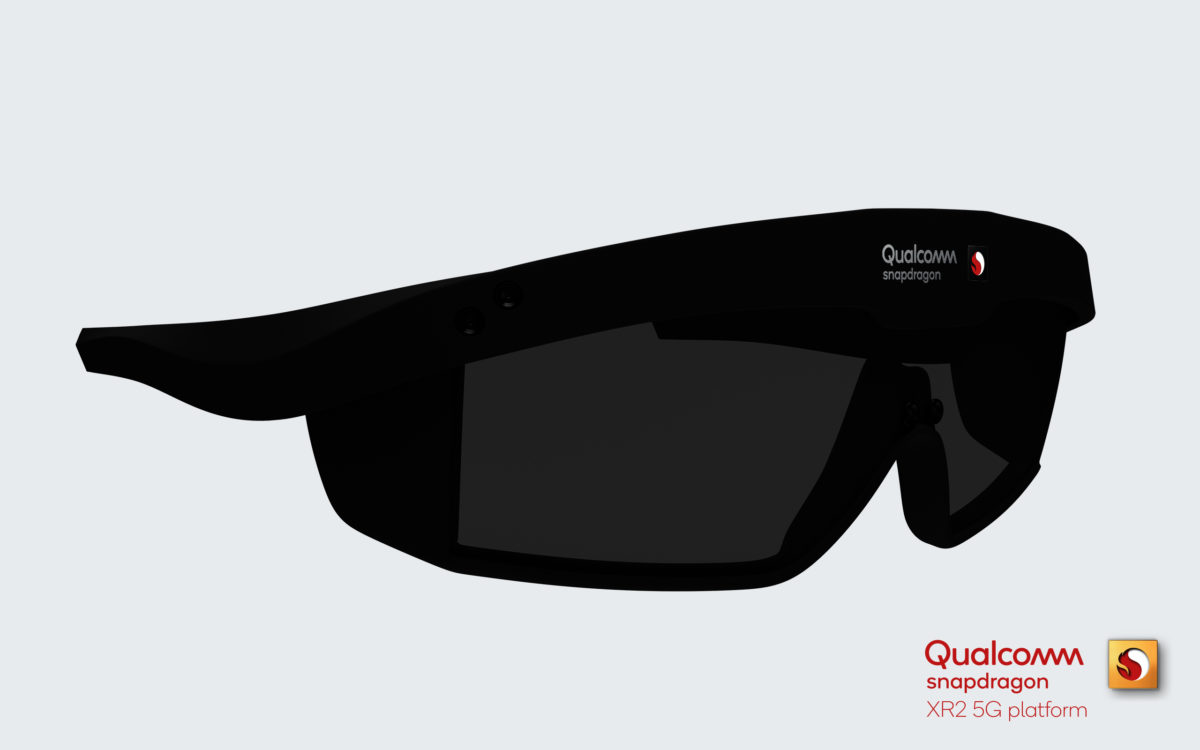 Unlike their previous models, the Snapdragon XR2 is equipped with significant performance improvements to deliver 2x the CPU and GPU performance, 4x more video bandwidth, 6x higher resolution and 11x AI improvement. According to Qualcomm’s press release, “The Snapdragon XR2 Platform is the world’s first XR platform to support seven (7) concurrent cameras and a dedicated computer vision processor. Additionally, this is the first XR platform to enable low latency camera pass-through to unlock true MR, which allow users to see, interact and create a hybrid of the virtual and real-world while wearing a VR device.”

Reducing latency is one of the most crucial components in order to ensure realism and mitigate motion sickness in XR. VR devices and especially AR demand ultra-low latencies that we try to reduce along with low power and high performance. Snapdragon XR2 has specific enhancements through optimizing algorithms and certain enhancements in hardware that reduces latencies for specific AR displays. Additionally, latency reduction is thought through the whole chip including lower latency video decode, lower latency camera to display (critical for True Mixed Reality), lower latency connectivity with 11ay and 5G. When it comes to 5G latency, it will enable Boundless XR over 5G where the processing is split between headset and the edge of the cloud. Continued Swart 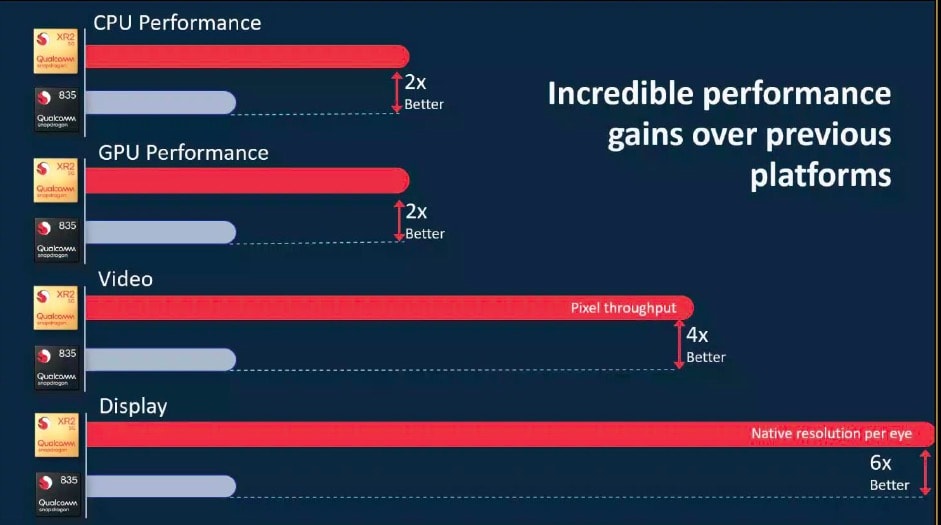 Another interesting immersive feature of the Snapdragon XR2 platform is the ability to use real-time audio translation and Voice User Interface (VoiceUI). According to Qualcomm, “The platform has a custom-built, always-on, low power Qualcomm Hexagon DSP to support hardware-accelerated features like voice activation and context detection to help keep users’ heads in the digital world while having an ear in the real world.” 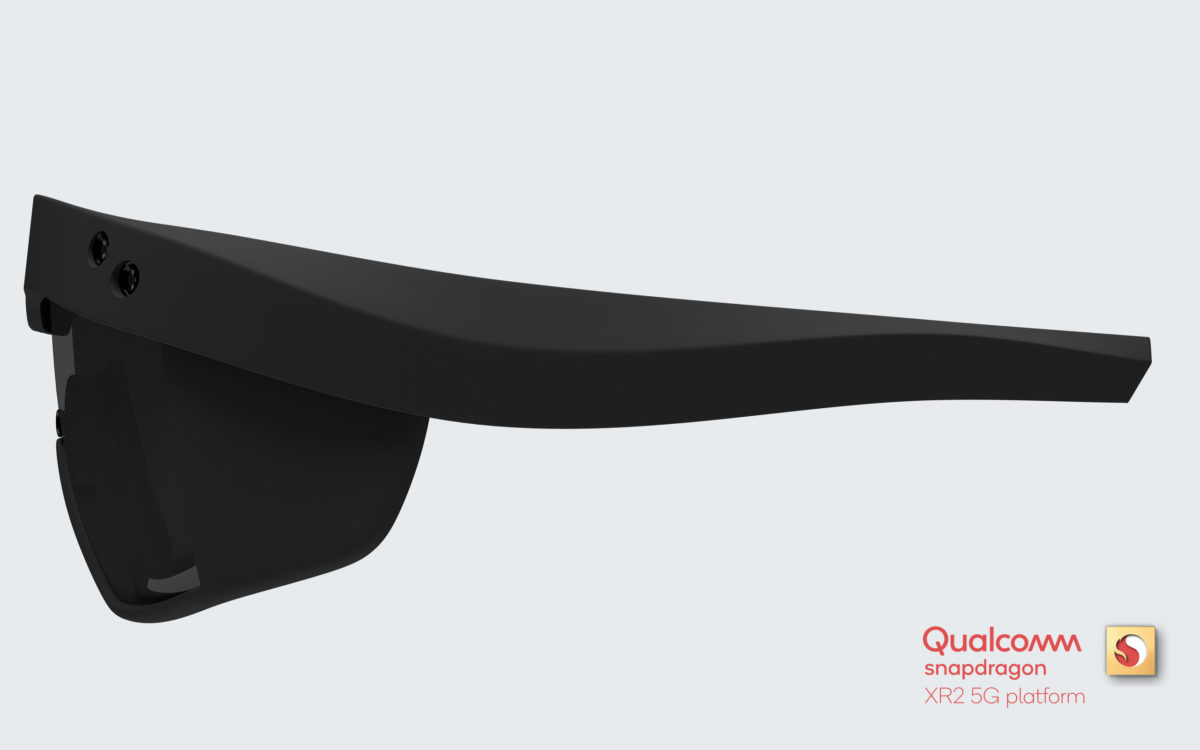 On the “XR for Business Podcast,” TechTrends Editor-in-Chief, Alice Bonasio, discussed how her mind was blown while attending a Microsoft demo, when presenter Julie White used real-time audio translation technology, and a hologram of herself, to deliver the second half of her presentation in Japanese. Bonasio says this type of progress in XR makes a lot of sense, “but it is also one of the most difficult ones to get right, because you just need a lot of elements to be at the optimal stage and to come together for the experience to work, and the experience either really works well, or doesn’t.” All of those elements will come to life, and be made possible with the speed of 5G networks and technology features of the Snapdragon XR2. 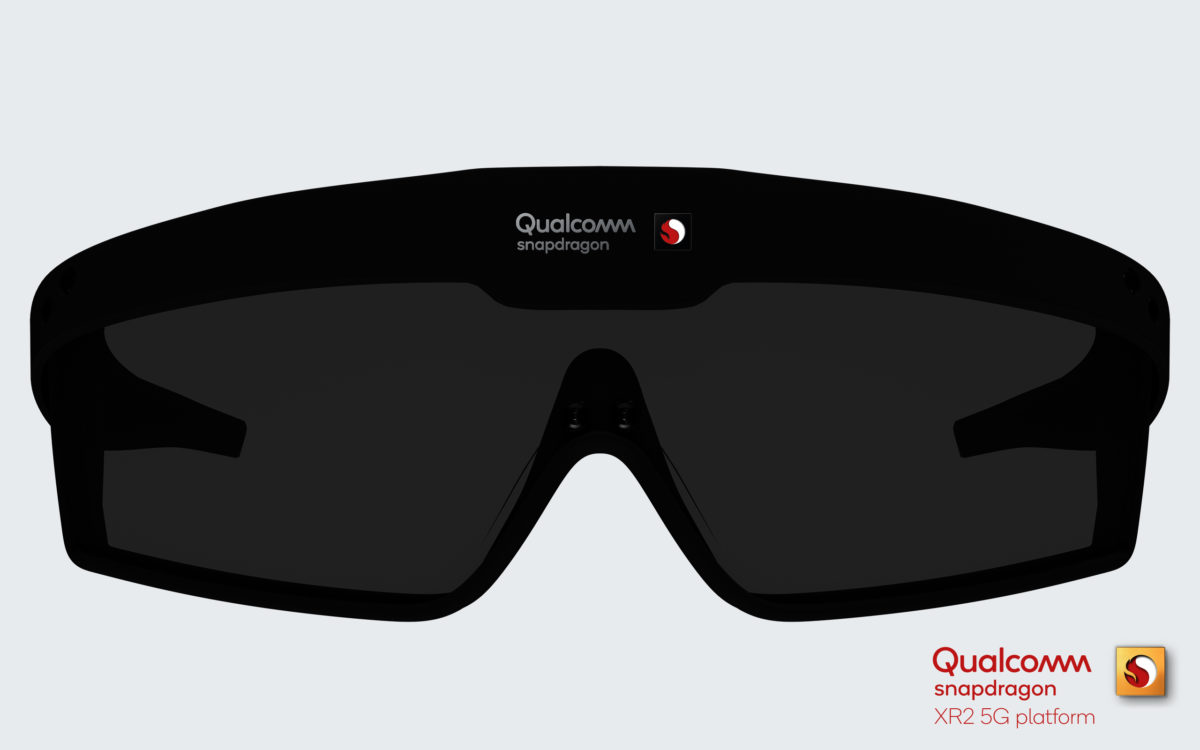 Expansion into 5G networks will not only improve content for gamers, but can also open XR possibilities to industries such as manufacturing, entertainment, education, travel, retail, and pornography. 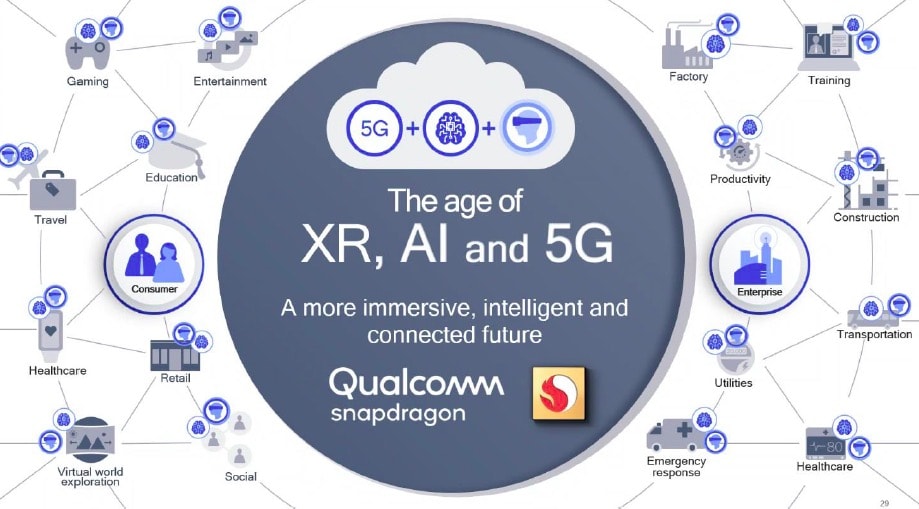 The Snapdragon XR2 display panel offers up to 3K by 3K resolution per eye at 90 frames per second (fps) and is the first XR platform to support 8K 360o videos at 60 fps for photorealistic visuals in streaming and local playback. Custom silicon was developed for unique AR displays to help reduce overall system latencies to maintain immersive AR experiences. Qualcomm 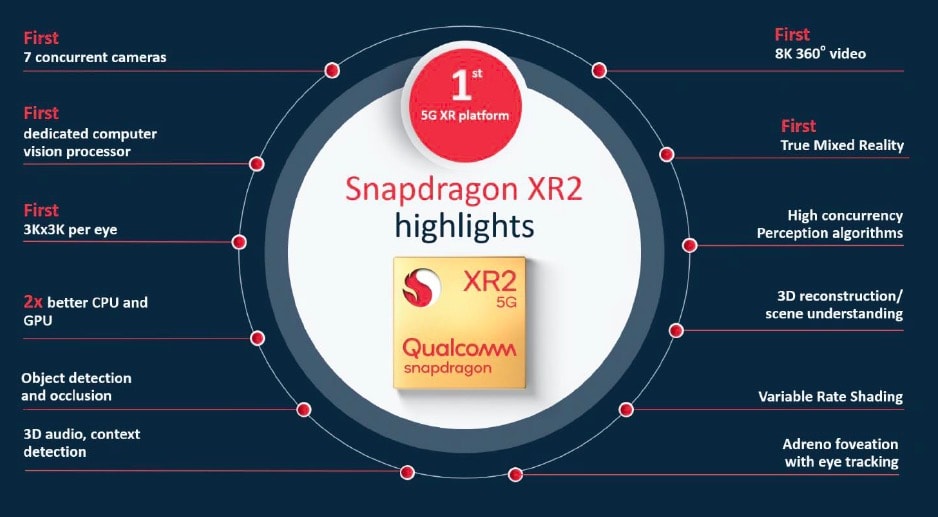 Expansion into 5G networks will not only improve content for gamers, but can also open XR possibilities to industries such as manufacturing, entertainment, education, travel, retail, and pornography Click To Tweet

Qualcomm’s new Snapdragon XR2 looks to be the new leader in immersive mobile technology with the incorporation of more cameras on the headset to enable ‘True Mixed Reality’ and off-device processing set to improve the XR experience for consumers. This new technology from one of the worlds leading mobile chip makers will, no doubt, set the cat amongst the pigeons and strongly influence the future of XR and how we interact with the world around us.