Welcome to our first reviews post of the new year, and true to form, we pretty much have a gadget for everything. Enjoy!

Zeiss VR ONE Plus Headset

Zeiss is famous for pushing the boundaries of optical excellence and their stills cameras are legendary. They now created a Virtual Reality headset that provides a very comfortable experience (especially for glasses wearers like myself) and great imagery for a reasonable price. The VR ONE Plus is well designed with ventilation ports to prevent fogging and easy access to the headphone jack.

Any smartphone with a screen size between 4.7” and 5.5” will fit and the expandable handset tray works well and fits nicely into the side of the headset and it all comes apart for cleaning those greasy lenses. I tested it with the budget Honor 7X, a great phone but not the most powerful and the screen is only 1080p but the results were OK. The headset boasts an ”eye-box” that claims to remove the need to make any mechanical lens adjustments during your experience. I am not sure exactly what this is but my screen was certainly in focus during testing, so it worked. 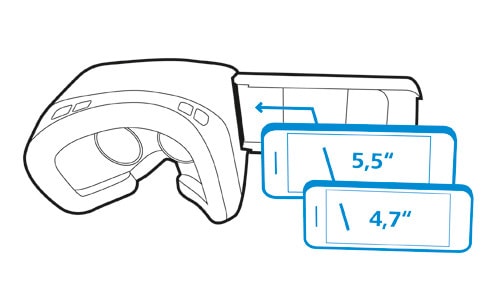 You can use the VR ONE Plus with or without a head strap, but it is a very comfortable and sturdy strap if you do choose to use it. The tinted visor on the front of the headset is enabled for Augmented Reality apps. I couldn’t test this but the visor does leave the camera unobscured so I will chase down a more powerful AR-capable phone and update you. You can choose content from hundreds of different VR apps, games and experiences available through the Google Play Store or Apple App Store. The big names are all supported –  Within, Jaunt VR, NYTVR and Arte360 as well as VR games and even FPV controller apps for radio controlled vehicles. 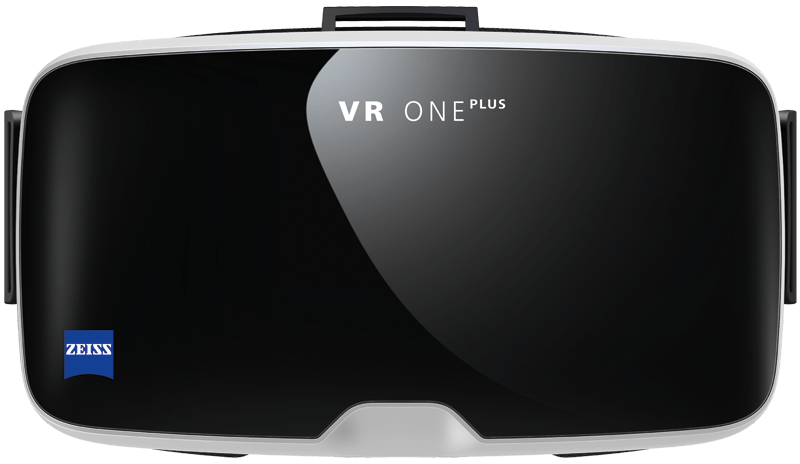 Overall it’s a sturdy and useful headset, is smartphone brand agnostic and was easy and comfortable to use. The Zeiss VR ONE Plus was also well made and lacks those dangerously sharp, unfinished plastic edges that are the curse of cheaply moulded headsets and have previously opened a capillary or two of this unsuspecting reviewer.

This is a serious looking USB thumb drive with a rugged metal construction, rubber sealed cap and a sturdy polymer-coated wear-resistant numeric keyboard the Aegis Secure Key 3z promises serious security for your files. The inside is as tough as the outside, all internal componentry is protected from physical tampering with a layer of hardened epoxy, while locked-down firmware brings immunity to malware attacks such as BadUSB. The epoxy coated boundary includes all encryption functions and all Critical Security Parameters such as PIN storage, encryption key generation and storage, random number and seed generators, all firmware storage, and device storage. Nice.

This is my first test of Apricorn’s California-made encrypted USB storage devices and initial impressions of the Secure Key 3z seem to support their considerable reputation in the US. Build quality is exceptional but what does it offer encryption-wise and how does it perform? 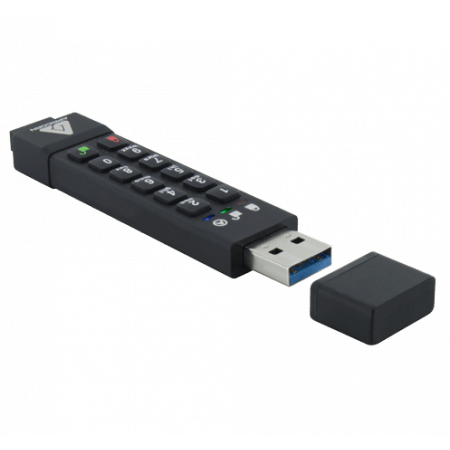 The Aegis Secure Key 3z meets U.S. government standards for IT and computer security, and the National Institute of Standards and Technology validated FIPS 140 is the cryptography standard program required by the US federal government for protection of sensitive data. The FIPS 140-2 validation covers 11 areas of its cryptographic security system, including physical security, cryptographic key management and design integrity. With four levels, the Aegis Secure Key’s FIPS 140-2 Level 3 validation encompasses both its physical tamper-resistant features and its identity-based authentication. All Data is encrypted on the fly and the device’s PINs and Data remain encrypted while the drive is at rest.

It is absolutely essential to me that devices like this work wherever I am and on whatever computer I am using, so the 100% hardware-based 256-bit AES XTS encryption on offer here means that the device is software-free and completely cross-platform compatible. Truly OS agnostic, it works on Windows, Linux, Mac, Android, Chrome, embedded systems, and equipment possessing a powered USB port and storage file system. Set-up was simple and the complexity of the security onboard is hidden behind a very straightforward user interface. Plug it in, type in your key code and hit unlock to use the device, then simply hit the lock button or eject it on the computer to re-lock and safely remove. 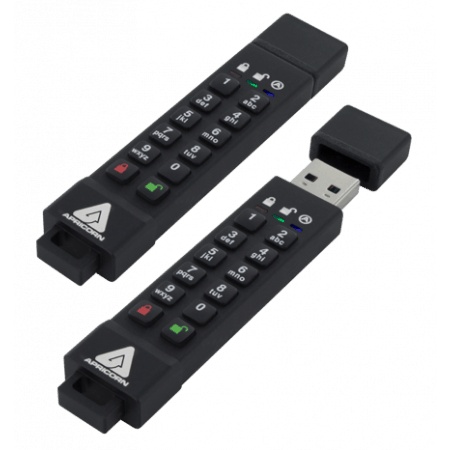 Speed is also important as I tend to transport large video and audio files around, so the 3z’s ultra-fast USB 3.1 (3.0) looks the business. In fact, my testing on a MacBook Pro via Blackmagic Disk Speed Test gave me better results than stated for the drive! I got 125MB/s Write and 185MB/s Read with a 1GB file. The write speed was considerably faster than the 80MB/s on the Apricorn website, I am impressed.

One thing to be aware of is that the drive gets pretty hot when plugged in – whether actively in use or not – but apart from this it is simple and a pleasure to use. The Aegis Secure Key 3z is designed for personal and business use and for mass adoption in a business environment they provide the Aegis Configurator, a hardware and software solution that enables the quick creation of master profiles, customization of settings, and preloading of data onto multiple drives.

Overall I enthusiastically recommend the Aegis Secure Key 3z, it is a great little device that secures your files with a minimum of fuss and a maximum of security for a very reasonable price.

It has long been a dream to own a ‘living breathing’ interactive robot that will respond to commands whilst exhibiting a distinct personality of its own and Wonder Workshop believes that it’s latest automated toy ‘CUE’, launching this month, is the next leap towards that goal.

You can engage in chat, control movement, create reactive sensor behaviours or even code creative interactions using block or JavaScript Click To Tweet

Unlike many previous automated robots – which were essentially remote-controlled toys with minimal interactive functions – CUE has a more emotive AI system as well as a choice of 4 playful avatars to customise how your robot interacts with you. Linked to an app you can engage in chat, control movement, create reactive sensor behaviours or even code creative interactions using block or JavaScript programming at a variable skill level depending on age and ability. 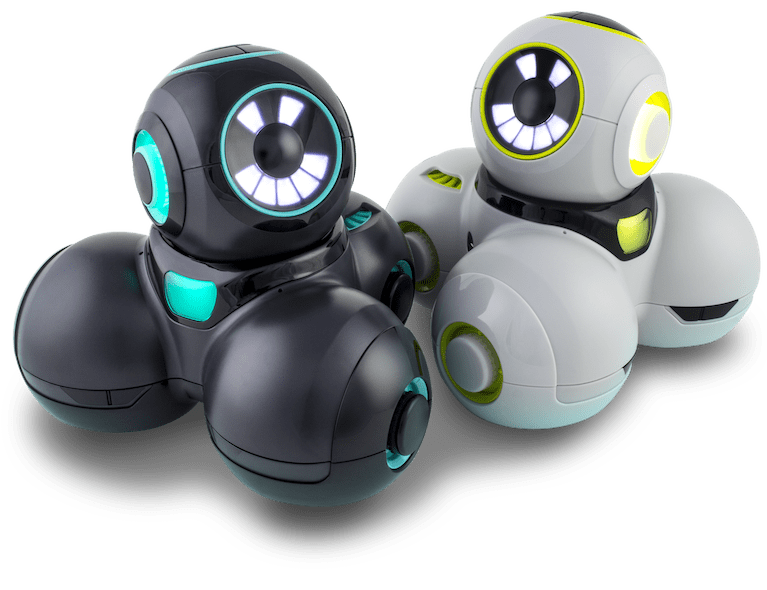 Pitched at 11+ CUE is certainly a little advanced for younger children who will delight in the bot roaming the room learning to avoid obstacles whilst chattering away, but will struggle both with setup and some of the more text-heavy interactions. I test played it with a 4-year-old, a 13-year-old and an 18-year-old and although the 4-year-old happily ran around after it like a puppy, the CUE was definitely more suitable for the early teen bracket. Simple functions such as the ability to record phrases into the Bot and send them off to relay messages will delight younger children (and provide an endless source for mischief) whilst the coding possibilities held the teenager’s attention.

The greatest expectation with any automated toy – especially one that pitches itself as an interactive robot – is how ‘alive’ it feels as on the whole most toys that make this bold claim tend to disappoint and their limitations grow apparent pretty quickly, especially when they come with a hefty price tag. CUE chat can feel quite scripted, like keywords inevitably trigger pre-programmed answers and the repetitive nature of the toys responses whilst roaming soon reveal the limit of its conversation and personality, but functions such as watching CUE react to sounds, looking down at your hand as you reach towards it and an ability to react to its surroundings (and muddle past obstacles) invest personality into the toy and had my children laughing with it rather than at it.

Despite its prevalence in the world, coding is still considered to be a difficult subject/skill to learn, but everything becomes easier if you can make it fun. Cue and Dot are equal parts learning tool and toy. They have been developed to teach children vital skills, widely prized on the jobs market, without browbeating, allowing them to develop at their own pace. Vikas Gupta, Wonder Workshop CEO and Co-founder 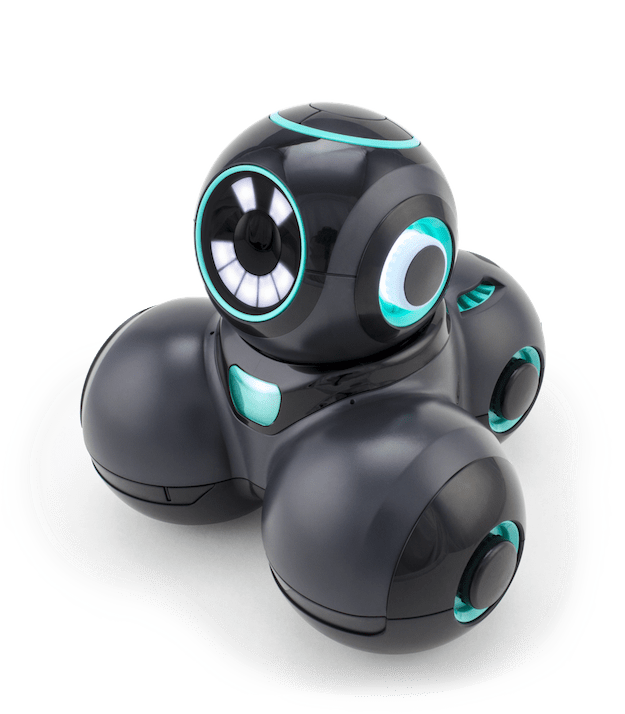 The ability to toggle the avatars are definitely a plus and the ability to learn how to code to control CUE will certainly add additional playability. R2D2 it isn’t – not yet – but in terms of an automated toy that can be used both as a simple plaything and a fun way to get children interested both in tech and coding, the CUE is a big robotic thumbs up.

These Aukey Bluetooth Wireless Headphones are currently discounted on Amazon and after testing them out they seem to be a bit of a bargain. They boast three EQ sound settings plus aptX technology ensuring that, when used with compatible devices, you get the very best audio quality over Bluetooth 4.1. They also use CVC 6.0 noise cancellation with the built-in dual mic so your calls should sound clear, so the question is, what don’t they do?

Well, I can vouch that they are a comfortable fit and come with several different size ear buds and ear hooks so even a Klingon jogging on a treadmill could wear them without issues. They are super-lightweight (13g / 0.46oz) despite the built-in rechargeable battery and Aukey claims an extended playtime of 8 hours of music (about 120 songs) or 240 hours of standby time on a single 1.5-hour charge. I have used they on and off for a month and not needed to recharge so far.

Water and sweat proof they are IPX4-certified water-resistant with internal nano-coating to withstand sweat and rain when used outdoors and the earbuds magnetically fasten around your neck when not in use. Like all Aukey products, these headphones are backed by a 24-Month Product Warranty which, when combined with Amazon’s excellent returns procedures is very reassuring indeed.

But, I hear you say, do they sound good? Simply put, yes, they sound as good as any in-ear Bluetooth headphones I have used so far, with a solid and pleasing sound. At the reduced price, they are a bargain! 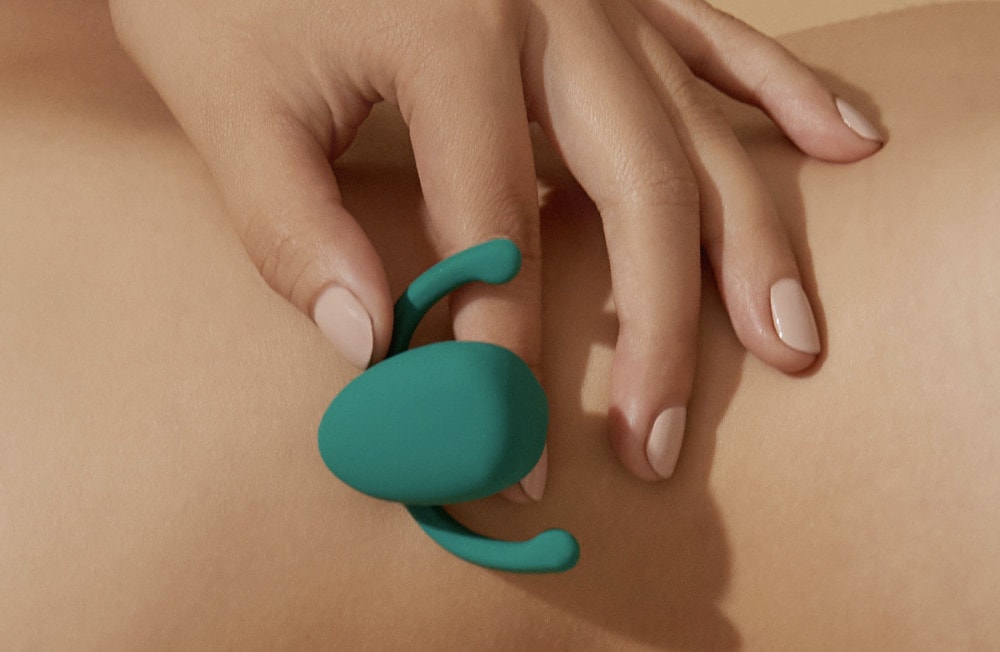 Eva II is great for all kinds of play. Use it on your own, or any time you might want your hands free. However you want to enjoy Eva is the right way to use it! Eva II only needs the help of a single finger to stay secure. 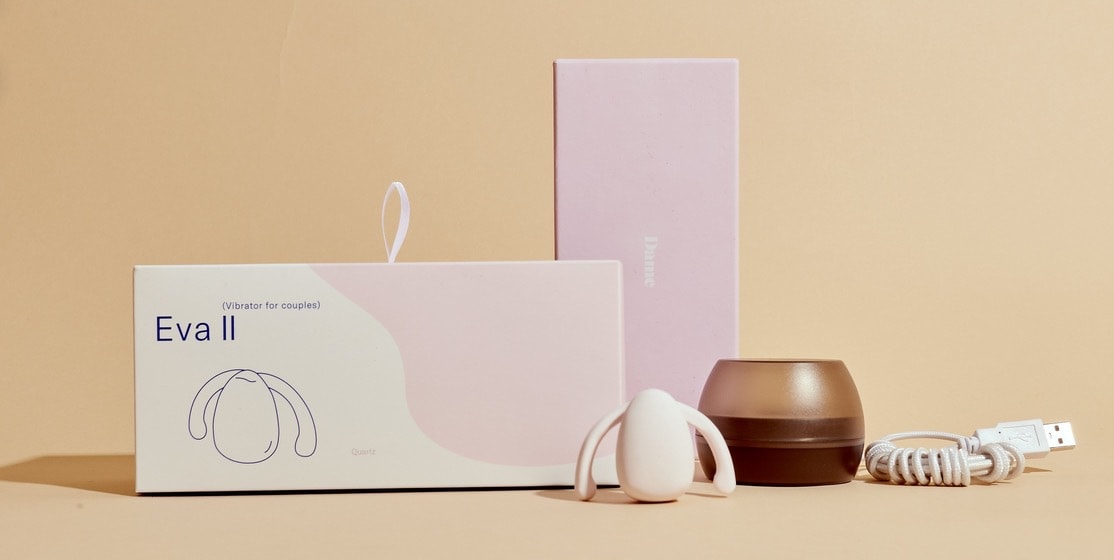 It does take some practice to comfortably ‘wear’ Eva; its arms are designed to sit snuggly under the labia but it’s quite a squeeze to get them there. After the struggle, it is still easy to dislodge once the actual sex is underway depending on your personal physique and choice of position. It’s also a challenge to adjust the level of vibration since it involves pressing a lubed up button on a piece of smooth plastic.

With flexible wings that tuck under the labia while Eva II sits on top, you can have clitoral stimulation during penetrative sex. Eva II is smaller, lighter, and simple to use – plus, it’s totally waterproof, and comes with a sleek charging base/travel case to boot.