Tech is supposed to be hip, but where it comes to sex, it’s surprisingly square. It’s one woman’s mission to change all that, and spare us no blushes.

“The three biggest tech disruption opportunities today are cannabis, Bitcoin and Sex.” But while money is flowing steadily into the first two – to the extent that VCs and start-ups in those sectors routinely lobby for regulatory change– Cindy Gallop tells me that the Sex Tech space which she pioneered remains taboo.

We live in a supposedly liberal and forward-thinking age, yet where it comes to sex, repressed prudishness still rules supreme, and this makes investors nervous. So where apps like Yo and Wakey – which can safely be described as pointless – attract million-dollar investments, a platform to socialize sex with over 400 thousand engaged users and a plethora of monetization opportunities is something that VC firms won’t touch with a proverbial barge pole.

MLNP has to constantly fight against blockers such as banks refusing them business accounts and PayPal not processing their payments. “My team and I fight a battle every day because every little piece of infrastructure that other start-ups take for granted, we can’t, as the small print says no adult content. So I realized very early on that I would have to pave my own way if I want to scale and grow this into the billion dollar venture I know it can be.”

Even with all the obstacles and no development resources, the bare-bones platform already monetizes content, regularly making four-figure payouts to its ‘stars’. There’s huge demand for expansion in areas such as educational content, fiction and commercial partnerships, but growth remains paralysed by lack of investment.

It’s infuriating, according to Gallop, “because it’s never about what the person you’re talking to thinks. It’s about the fear of what other people will think.” Time and again she’s had enthusiastic VCs approach her saying how much they loved the idea and saw its commercial potential, but felt unable to take it to their firms.

Quite apart from the huge revenue streams that could be generated through content – both social/entertainment and educational, Gallop makes an exceedingly convincing case for the market potential of commercial partnerships, advertising and product placement. Hands down, it’s the most entertaining pitch I’ve ever heard, but quite apart from that, it’s a rock solid argument made by someone who, not to put too fine a point on it, really knows her shit. Gallop’s impressive resume includes decades of experience in the advertising industry, most recently as President of Bartle Bogle Hegarty.

She puts to me that, in spite of all the existing taboos and limitations, the current size of the sex toys and accessories market is worth an estimated $1B, and that’s without even going into content-connected teledildonics or the burgeoning field of VR, with all the possibilities that brings. If she succeeds in building MLNP into the platform she envisages, however, “we’re talking Trillions.” She assures me before launching into a typically not SFW story that drives home the point:

“A few months back LELO sent me this special edition black and gold TIANI couple’s massager,” she recalls. “So I open the box, look at this beautiful object, and I find myself thinking: how the fuck do you use this thing?”

“So I think to myself: there’ll be instructions inside. But all I find is this one-pager that tells you how to charge it. Nothing about what goes where.”

Not one to give up easily, Gallop then turned to that universal source of enlightenment for the befuddled – YouTube – where she did find a video about the TIANI: “But because this is YouTube, what I’m presented with, is a video of what I call ‘Stepford Woman’, by which I mean a completely sanitised, whiter-than-white person holding the device and telling you how to use it. And I’m listening to her and going ‘what? So you put that inside and then the guy puts in his cock as well? How the fuck does that work?’ needless to say, my couple’s massager has never been used with any of my lovers. You don’t want to risk killing the mood with something going wrong.”

Bearing in mind that Gallop is a strong, confident, openly sexual woman who’s a huge fan of sex toys and own a whole bunch of them, what hope do the rest of us have of navigating through that particular minefield.

“It’s simply impossible to overstate the negative impact that our inability to talk honestly about sex has on the ability of every sex toy manufacturer out there to shift their product,” she agrees. “ But because our videos on MLNP are so reassuring in all sorts of ways – we celebrate normal bodies, normal hair, real penis sizes, real-world emotions – we also help to demystify and take the embarrassment factor away, so there’s a huge opportunity for product demonstration and communication.”

Last summer they piloted a collaboration with Refinery 29 to road test 5 bestselling sex toys on the MLNP community. Volunteers were picked from a diverse range of ethnicities, sexual orientation, singles, couples, and asked to video themselves using the product for the first time, with all the accidents, near-misses and laughs left in. It was the ultimate antidote to the Stepfordian YouTube experience that proved such a turn-off for Gallop.

“That was a world first, people trying out sex toys on camera for the first time, and we got a brilliant response.” She recalls one woman who wrote to tell her that watching the user-generated demonstration made her feel comfortable to buy and use the toy where she never would have dared to before.

But if you think that this potential for “demonstration and communication” stops at sex toys, think again. “There will be a specific area of the site where you can sell any perfectly ordinary household good or product as long as you integrate it, entertainingly, in a real-world sex scenario. The chair they’re using, the necklace she’s wearing, the clothes they’re taking off, the beer he’s drinking. For brands brave enough to do this the viral engagement possibilities are enormous.”

As the platform scales there is also huge potential for data to be developed into additional revenue streams, aggregating real world, real time human sexual behaviour information in unprecedented ways. “Sex is an area where research and data are badly needed, yet it’s the most data-free area of research going. It’s also the one area where you’ll find the widest possible gap between what people say and what they actually do.”

“When my angel investor asked me several years ago what our exit strategy was, I said to him that it didn’t yet exist; we were going to create it. Because when we achieve our mission of socializing sex, 10 years from now company X will buy us for a shit-ton of money who wouldn’t even dream of it now.”

It might seem far-fetched to think about a company like Facebook eventually sharing curated social sex videos. This is, after all, a platform that routinely takes down pictures of women breastfeeding their babies. But things can change very rapidly in the social media world. Think about how far the goalposts of what is considered acceptable or ‘normal’ content have already shifted. We might have become rather jaded to it these days, but even your average person from the early 90s would probably be weirded out by most of the videos up on YouTube.

MLNP does feel like something that really does – excuse the pun – fill a gap. If Gallop does manage to pull it off, she could very well – and this is a rare occasion where it’s possible to say this without the Silicon Valley sarcasm– ‘make the world a better place’.

Cindy says she’s in the Steve Jobs business of reality distortion. “When you have a truly world changing start-up you have to change the world to fit it, not the other way around.” Because, she concludes, until we actually start talking about sex and socializing it in a healthy way, we’re all quite literally fucked, in the wrong way.

In the past decade, technology has impacted (for better or for worse) our daily...

The crossover between sex and technology has brought new challenges and new freedoms. So what...

People Can Try their Hand in Adult Entertainment without Being Caught by Family, Employers... 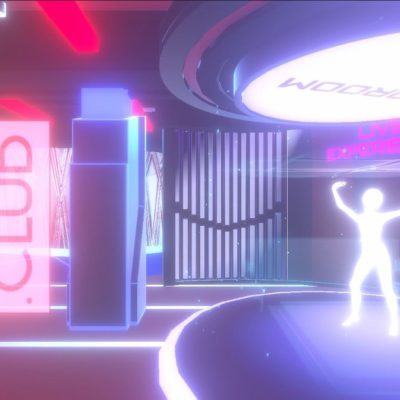 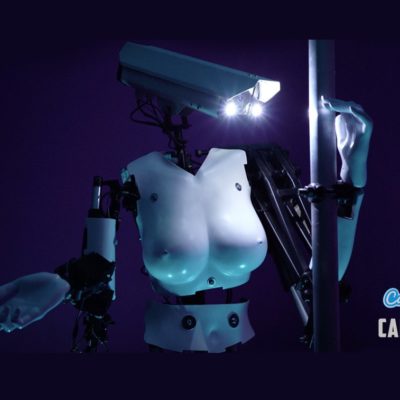 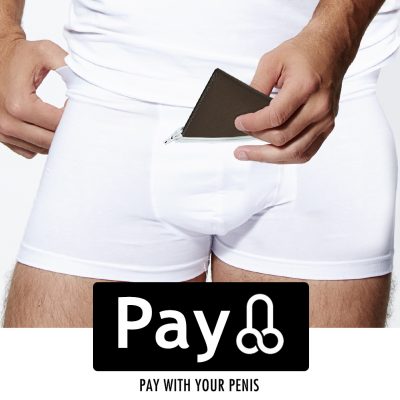 PayPhal is the innovation from CamSoda that gives a whole new meaning to tipping...