The BBC Micro:bit launched as a tool to tackle the so-called digital skills gap, where most of us depend upon technology, but not enough learn about what is required to build and maintain the digital economy.

Products like the Raspberry Pi, Arduino and Micro:bit are proving to be effective platforms through which teachers can engage students with technology and teach them these skills in a practical, fun way.

This week saw the launch of the Race for the Line competition created by Microsoft in partnership with Bloodhound Education, an initiative looking to inspire the next generation of scientists and engineers. Secondary school pupils aged 11-16 will be able to build their own model rocket cars using BBC Micro:bit kits, and teachers can access resources to help them leverage the competition activities in other areas of the school curriculum.

The cars themselves will be made of foam and powered by a small solid fuel engine, and students will use the Micro:bit to collect and analyse data about the car’s performance, making adjustments and modifications to optimise performance and make it go as fast as possible. At this point, I’m probably not the only one wishing they were young enough to take part… they had me at “rocket”.

The 3 fastest teams will not only receive cash prizes for their schools, but also have their names included in the tail fin of the full-size rocket car being developed by the project: The Bloodhound SSC, which aims to go faster than the speed of sound, covering a mile in 3.6 seconds. 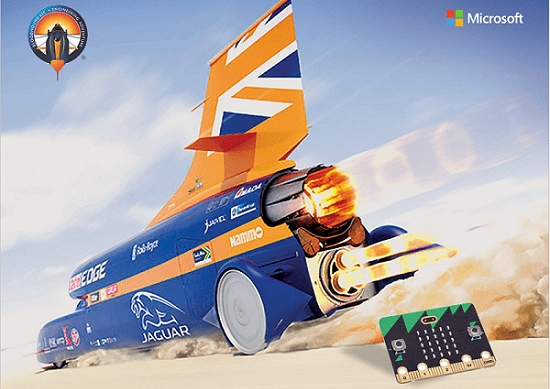 Schools registering before April 29th 2016 will be eligible for the free race car kits, and finals will take place in June. Visit the Bloodhound Project website for more information and to register online.

Lush gives its app a fresh new look and some innovative functionalities to welcome customers...